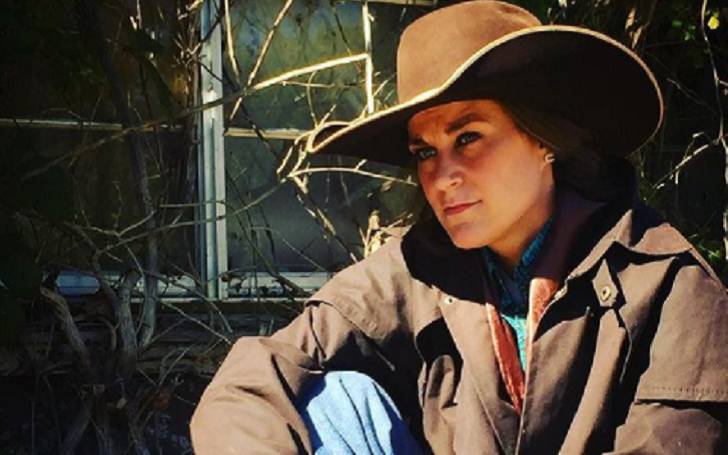 Kristen Tuff Scott is one of the exemplary figures to many women, who went through several ups and downs before achieving success. Scott is a social media influencer who has over a million followers on Facebook. She mostly uploads comedic clips on her socials.

Besides all the struggles she has done in the entertainment industry, Kristen has gone through a tough health condition as well. The Redneck Island star had to undergo a mastectomy to curb cancer’s spread and had her breasts removed entirely.

Following the surgery, people started raising questions about her sexuality as many of them thought she is trans.  In fact, many people have questioned if Kristen Tuff Scott is a boy or a girl. So, in this article, let’s talk about Kristen Tuff Scott’s professional and personal journey before and after the surgery in detail.

How Old is Kristen Tuff Scott? Her Parents and Siblings

Kristen is 27-year-old. She was born in 1993, in Piggott, Arkansas, a state in the South Central region of the U.S. Talking about her parents, Scott is the daughter of Beth E Scott and Beverly Scott. She has shared a number of loving photos of her mother on Instagram.

Besides, Scott grew up in her hometown along with her three siblings.

What is Her Nationality

Scott is an American by her nationality.

Her College: Is an Arkansas State University Graduate

Kristen Tuff Scott, who says she was an idiot in High School, got a scholarship at Arkansas State University due to her musical potential. She later graduated with a double major in biology and chemistry. Following her graduation, Kristen had an intention to attend med school.

Nevertheless, due to some reasons, Kristen decided to close the chapter of her study and started becoming more active on social media and horseriding. She once said in an interview with Intellifluence,

“And I was breaking horses and everything out in Missouri and then I had my page public because I wanted people to be able to get on there and see what I can do and what I was working on and everything else.”

Take a look at the full interview,

To share her work life with people, Kristen made her social media platforms public and started uploading videos, especially on Facebook. It was when one of her videos went viral, Scoot’s followers on social media handles grew exponentially, garnering thousands of followers in a day.

Shortly after the considerable rise in her fan followings, Kristen was approached by several brands to endorse them. However, as per her, she refused many of the offers. She once denied working for vodka brands which she told in an interview. In her words,

“And they wanted me to wear them [socks] for three days like ‘don’t change your socks for three days and send them to us’ and I’m like ‘no I’m going to hard pass, hard pass.”

Back in the mid-2010s, Scott was diagnosed with breast cancer and later had to undergo a mastectomy to curb the spread of cancer.

Following the successful operation, Scott opened about cancer for the first time to her social media fans in October 2016, posting a photo that showed her bare chest following the removal. Her caption read,

“I’ve debated on post this photo but I decided to. Don’t wait till tomorrow folks…it may not come! I may lose followers but it’s ok and well worth it if I save one person.”

After Kristen had her breasts removed, several people, who weren’t aware of her health condition, started speculating on her sexuality. In the meantime, many of them presumed if Kristen Tuff Scott was trans. After a series of speculations, Kristen addressed the rumors by posting the video on Facebook on 6th December 2017. In the video, Kristen explained,

“Pretty much, I was sick as shit, my tits tried to kill me, and I cut them off. Everybody is freaking out. I am not having a sex change. I mean, I done told you I am not a frickin’ hippie or no liberal nothing. Okay?”

The cancer survivor went under the knives again for two more instances to have her moles removed. She removed two moles, one was in her chin and another one was in her back. Talking about the reason behind the removal of her moles, Kristen explained on her Facebook video titled, ‘Update on my surgery,’ posted on May 2020,

“When I was swimming in water, or when I was floating back home in the river, little fish started to bite it.”

The Facebook star is now leading a healthy and heroic life. She shares her adventurous life on her socials. She is pretty into fishing. Some other daily activities are breaking horses, training horses, and playing guitar.

Besides, Scott is an avid animal lover and has a few pet puppies as well.

Kristen has had an interest in horseriding from an early age and is now an accomplished horse rider. She has mentioned herself as “the funniest cowboy in town” on her Insta bio. As a matter of fact, she also trains horses in the ranch.

Scott gained tremendous popularity following her breakout performance in the fifth season of the reality show Redneck Island, the reality-competition series that aired on Country Music Television. Her appearance on the show helped her to amass a decent fan following on her social media profiles.

Her career as a Musician and Comedian

Kristen is a multi-faceted personality, who is quite interested in the musical field besides being a social media influencer. She is a true lyricist who has written more than a hundred original songs. The music lover frequently shares videos of her playing guitar and singing.

For the past several years, Scott has also been hitting comedy stages at night. She shares her favorite stories that mostly portray her relatable experiences.

In addition, Kristen is a YouTuber who created a self-titled channel back in Dec 2012. She has since uploaded a number of her comedic and singing clips.

Is Kristen Tuff Scott Married? Details on Her Sexual Orientation

The social media influencer isn’t married yet. She is gay as far as her sexuality is concerned. Talking about her love life, Kristen has kept it to herself. As of now, Scott doesn’t have a boyfriend neither is dating anyone officially.

In the meantime, several of her fans wonder to know if Kristen does have any children. But, Scott is yet to become a mother.

Kristen has an estimated net worth of $1 million in 2021. She predominantly makes money from her social media endorsement and many other endeavors. She runs a clothing line that includes several unisex items such as a hoodie, cap, and t-shirt.