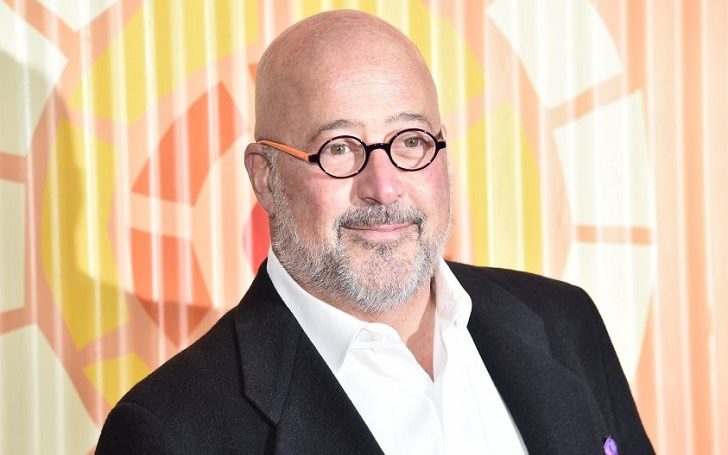 Andrew Zimmern is a popular culinary expert who has gained tremendous popularity in the food media. Besides, Zimmern has gone through some major ups and downs in the past struggling with dipsomania and drug addiction.

The man following the victory over addictions started gaining a lot of fame. However, it turned out a little harmful to his love life.

Zimmern is now divorced from his wife. Let’s know the full story of Andrew’s love life including his failed marriage, fatherhood, and more.

Zimmern and Haas Married in Late 2002

Andrew Zimmern tied the knot with his better half Rishia Haas on 26th December 2002, in a private wedding ceremony. The couple seemed a little bit in a hurry to marry. The chef told Star Tribune, “We could not wait to be married.”

They organized their wedding party a month after the ceremony.

Hass is a former admissions coordinator at The Retreat: Alive with the Spirit of Recovery. She later landed a job as an administrative assistant at the Hazelden Betty Ford Foundation. She is now a beekeeper at the University of MN Bee Lab.

As for her education, Rishia graduated from Augsburg University.

Rishia came across Andrew while both of them were working for a cooking school in Minnesota in 1999. He was a teacher while Haas was working in the store.

They subsequently started going on dates and dated for over two years before they got married.

Andrew Zimmern and Rishia Haas has a son: Their unconditional love for their child

Andrew Zimmern’s wife Rishia gave birth to their son Noah Zimmern in 2005. The couple used to go on multiple vacations with their son.

Haas himself posted a sweet snap with his adorable kid in the honor of the 2016 Father’s Day writing “Father’s Day can also be the sweetest of days. Great weekend with the kid. Thx to @StRegisAspen for helping make it so special under unusual circumstances.”

The adorable couple shared a great love with each other. In an interview with Oyster back in 2011, the reality TV personality also stated his partner as his ideal travel partner.

Despite the years-long marriage, their matrimonial relationship later started falling apart. Andrew has himself acknowledged that his popularity and hectic schedule ruined his marriage.

Andrew and wife Rishia separated in 2018: Relationship after the split

As per The New York Times, the couple separated after more than 15-year of their marriage in 2018. Andrew revealed he left the restaurant business making a shift in food media just for the sake of becoming a devoted family man. Nonetheless, the immense success after the transition had the opposite effect. He told,

Andrew further added regrating the delayed role in the family,

Moreover, Zimmern told Minnesota Post that his spouse and son became victims of his popularity.

As per sources, the two finalized their divorce after 15-month of their separation. But it was amicable and the chef still respects and loves his ex-spouse.

While showing his appreciation towards Rishai and his mother, Andrew shared a lengthy Instagram post on Mother’s Day.

Two amazing moms. I don’t even know where to begin. My mother passed years ago and today is pretty hard for me. Usually Mother’s Day isn’t this difficult. She had a traumatic brain injury in 1974 and lived the last 40+ years of her life under horrific circumstances. But she would come in to a room more grateful for sunshine or a cloud than anyone I’ve ever known. The 13 years I had with her to start my life really mattered, and much of what I am is thanks to her. And then there is @therishia , the bravest mom I know. Full stop. She walks through fires for our son, conflagrations that no one else can even go near, and often times nobody but her even smells the smoke!

The family of three lived in Minnesota. The two are now co-parenting their son.

Is Andrew Zimmern dating anyone at present?

Andrew Zimmern is not dating anyone officially as of 2020. He has kept every detail of his love life to himself. Thus, it is safe to say the chef relishes a single relationship status at this moment.