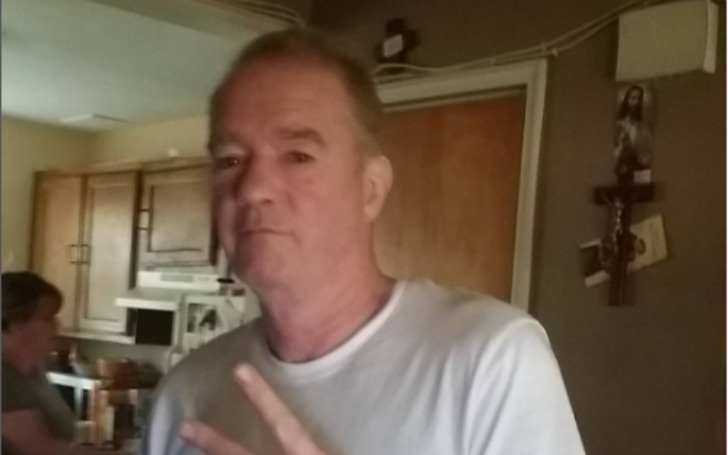 Dicky Eklund is a former American boxer who rose to prominence after the release of his biopic named The Fighter starred two superstars, Mark Wahlberg and Christian Bale. He is also renowned as the half-brother of the former WBU trainer Micky Ward. The welterweight champion Dicky, is also known as the “The Pride of Lowell”.

Besides, Dicky is the father of three children Richard, Kerry, and Tommy. However, the former boxer doesn’t seem to be together with his children’s mother anymore. Meanwhile, It looks like Eklund is currently dating someone else. So, let’s find out who is Dicky’s current girlfriend? When did they start dating?

In this article, we will find out more about his family, boxing career, and many more!

Who is Dicky Eklund’s Father? His Family and Birth Details

He is the son of Alice Eklund-Ward (mother) and Richard Eklund Sr. (father). Born on May 3rd, 1957, Dicky is currently 65 years old. The former boxer was born in Lowell, Massachusetts. His birth name is Richard Eklund Jr. And his zodiac sign is Taurus.

Talking about his family, Dicky grew up with his seven sisters as per his biopic in his hometown Massachusetts.

Apart from his seven sisters, Eklund also has a half-brother named Micky Ward from his mother’s second marriage with George Ward. Despite being a half-brother, both Dicky and Micky are very close to each other and often appear together in various places.

As previously said, his younger sibling Micky is also a former professional boxer. He also worked as a former WBU trainer. Besides, Micky is the proud dad of a daughter named Kasie Ward with his wife Charlene Fleming.

He started his career in the early 70s and became a professional boxer on August 26, 1975, after winning ten fights straight with different champions like Doug Romano, Randy Milton, Terry Rondeau, and Carlos Garcia as well.

After that, on July 18, 1978, the boxer fought with the to-be WORLD CHAMPION, Sugar Ray Leonard. This was one of the most interesting matches and boxing fans started to notice him more from that day.

As per sources, Eklund was knocked out twice and it was almost impossible for him to win. However, Dicky did not win the match even if Leonard tripped. But, in his biopic, it was shown that Leonard was knocked out by Dicky which became a major issue of controversy for boxing fans.

Talking about his boxing records, the former fighter appeared in 29 boxing matches, winning 19 of them. He won his last match against James Lucas on May 30, 1985. He never participated in any other matches after that.

Who Played Dicky Eklund in The Fighter?

Back in 2010, a biopic based on the life of boxer Dicky and his half-sibling Micky named The Fighter was released. It was an American biographical sports drama which was directed by David O. Russell. In the film, Christian Bale played the role of Dicky while Marl Wahlberg appeared as Micky.

The movie was based on the struggle story of how Dicky and Micky were able to be successful boxers. It also portrayed their lies.

Moreover, the movie was inspired by the documentary film named High on Crack Street: lost lives on Lowell. The documentary was released in 1995 and featured the Eklund-Ward family.

Dicky is The Father Of Three Kids

The former boxing champion is the father to his three kids. He has two sons named Richard Eklund Jr and Tommy Eklund. Eklund also has a daughter named Kerry Eklund. His eldest son Richard Eklund Jr. is an American actor.

Likewise, his other son Tommy Eklund is a Vocational technical. As per his social media handle, Tommy studied at Greater Lowell Region. And, his daughter Kerry Eklund Moore is the Vice President at Workato. She graduated from Northeastern University.

Eklund is Not Together with His Children’s Mother

Similarly, his former partner likes to keep herself away from the media.

The 65-year-old Eklund has been dating his long-time girlfriend Leslie Stephens for almost two decades. He made his relationship official with his bae on August 21, 2018, on his Facebook.

In fact, the couple has been together since 2005. And it has been almost 17 years of their togetherness and their relationship is still sailing smoothly.

About his girlfriend, Leslie is also from Lowell, Massachusetts. She graduated from Lowell High School. Furthermore, Leslie has two children from her previous relationship.

What is Dicky Eklund Currently Doing?

The former boxing champion currently resides in New England with his girlfriend Leslie Stephens. After his retirement, Dicky is still working as a personal trainer and coach. He also travels to his home country with his brother Micky Wards.

They both teach and give motivational speeches to college students.

Is Eklund Available on Social Platforms?

He is active on different social media platforms. Eklund has more than 2k followers on his Instagram handle. Similarly, Dicky is also available on Facebook with thousands of followers.

On the other hand, his brother Mikey is quite active on his social media accounts. He has maintained good engagement and has about 53.6k followers on his Instagram account. He uses his Social media for branding and advertising his boxing classes.

What is Dicky Eklund’s Net Worth?

Dicky Eklund has been able to amass a good amount of fortune from his boxing career and other endeavors. As per online tabloids, his fortune is $3 million in 2022. His major source of income is working as a coach and personal trainer.

In the meantime, his brother Micky Ward has an estimated net worth of $10 million. He too mostly made money by working as a coach and personal trainer.