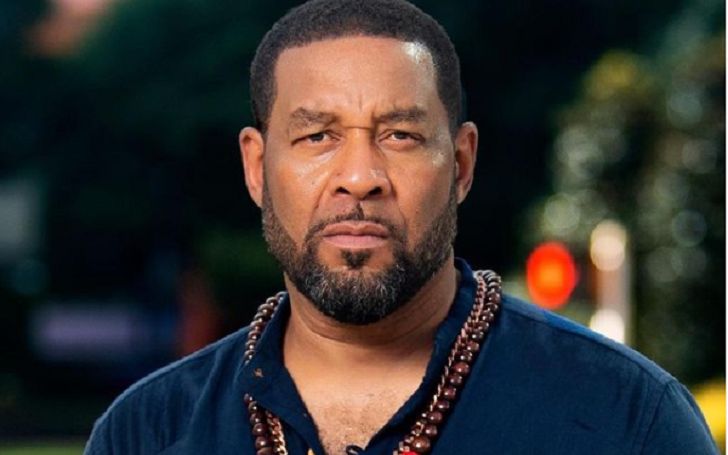 Doug Rasheed is one of the versatile figures in the music industry. Doug gained huge fame after his work as a producer and co-writer of Coolio’s Grammy-winning multi-platinum single ‘Gangsta’s Paradise.’ He got the Grammy nomination for the Record of The Year Award.

The man who wears many hats has already worked with the long-list of renowned artists such as Barry White, Lyor Cohen, Clive Davis, and Russell Simmons.

But Rasheed, the owner of Doug Rasheed Entertainment has been in the limelight as a reported husband of the legendary singer Chaka Khan. In fact, the two never in a marital relationship. So, find out with whom is Doug married? And take a look at many unknown facts about him!

Doug was born on 14th Feb 1963, in San Diego, California to musical parents. His mother Diyah Hill-Rasheed is a former singer. On the other hand, his father used to play guitar and practice old Wes Montgomery albums.

He grew up in his hometown along with his sister named Sandra Ware, a lawyer. She currently works for the law firm named CaseGerry, in Sand Diego, California.

Was Always Destined to be a Musician

As a child, Doug practiced a number of musical instruments such as trumpet, guitar and, piano. He eventually fell in love with bass guitar at 14. He later did his move to Tokyo, Japan, where the then-promising guitarist crafted his skills performing in local clubs for a couple of years.

In the meantime, Rasheed also started writing, producing, and recording music in his own apartment. With a lot of practice in different fields of music, the hoping artist came back to his hometown of San Diego and then relocated to Los Angeles.

He soon got the big chance to work with the greatest rapper Coolio, solely producing and co-writing his mega-hit single Gangsta’s Paradise. The single went viral and skyrocketed to triple-platinum, selling more than 10 million copies worldwide. Furthermore, it won a Grammy Award for Best Rap Solo Performance. Doug also received a Grammy nomination.

Since Gangsta’s tremendous success, the celebrated producer started getting offers from many popular artists. An accomplished producer Dr. Dre also praised his works in Coolio’s single. He later produced two of Tupac Shakur’s songs ‘Only God Can Judge Me‘ and ‘I’d Ratha Be Ya N.I.G.G.A.’

Is the owner of Doug Rasheed Entertainment

The music producer currently runs a company named Doug Rasheed Entertainment, in Charlotte, NC. The company predominantly works on music for film, television, radio, and video. Doug released his debut album in the fall of 2020.

No, the widely-talked rumored-couple never married. We yet to know how such rumors are still on the media, probably it all started when the two first came across back in late 2000. At the time, Chaka’s engineer had suggested her to listen to some of Doug’s tracks. She had already listened to smash-hit single Gangsta’s Paradise, which Rasheed produced and co-written. After some time, Khan and Rasheed also worked together on a few projects.

Besides their musical collaboration, Khan started feeling for Doug. She revealed in the book, “I started really liking Doug…. The feeling was mutual.” The artist further wrote, “there was something special about Doug.”

However, it never came to know if they were ever in a romantic relationship or not

Who is Doug Rasheed’s wife?

Rasheed has been in a marital relationship with Tonya Rivens (aka Tonya Rivens-Rasheed) for years. His wife Tonya, a The University of North Carolina graduate is involved in the business. The loving duo is together for years but they have kept their love life a little bit private.

Besides, Doug and his wife Tonya are blessed with a daughter named Devynn. She also attended the same university as her mother enrolled called The University of North Carolina at Greensboro and graduated in 2020. On the occasion of her graduation day, Tonya shared her daughter’s photo on her Facebook.

Besides, Doug currently resides in Charlotte, North Carolina with his family.

Doug Rasheed’s estimated fortune stands at $1 million. He has earned such good money from his long-time music career.