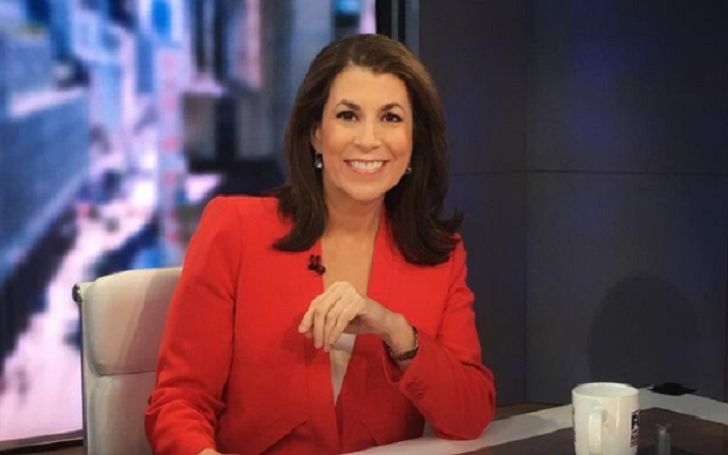 It’s true, behind every successful story, there’s a lot of unsuccessful years. The case purely goes for Tammy Bruce who went through a lot of ups and downs before securing her coveted spot in the media field. The now-Fox News Channel on-air contributor dropped out of school at twelve and later lied regarding her age to get the job at a car washing company. She then did a number of dead-end jobs before finding a true passion in the media.

Aside from her rocky journey to reach the height of her career, the veteran media personality remains quite silent when it comes to her love life. Her tendency to keep things to herself led many people to know if Tammy Bruce is married or not?

In the meantime, we will talk about her unconventional childhood and her parents’ estranged relationship. Tammy never received the fatherly love that every child deserved. To know more, stay tuned with us!

Who Are Tammy Bruce Parents? She Never Saw Her Father

Brus was born on 20th August 1962, in Los Angeles, California. Her late mother who used to work as a store clerk gave birth to Tammy at the age of 40. Her biological father, unfortunately, left her pregnant mother a few months before her birth. Bruce never saw her father’s face and doesn’t even his name.

In an exclusive interview with Politico Playbook, Tammy’s opened up that her father used to work for some infamous mom figures, Bugsy Siegel and Sam Giancana. In the meantime, her mother, now deceased, had an affair with him. She said,

“I am the product of an affair my mother had with a man she explained was an enforcer for mob figure Bugsy Siegel and then later Sam Giancana. When she got pregnant, he left, so never having known my father I have developed a genealogy hobby as I search for details about that other half of myself.”

Her mom was married twice but never was in a good relationship with Tammy’s father, neither married him. Back in November 2019, the conservative radio host shared three rare photos of her mommy from the 1940s and 1950s. Her caption read,

“During a little work on my genealogy, & through a distant cousin I came across a few pictures of my mother I had never seen before. The internet is amazing. The 1st 2 are from the 1940s, the 3rd from the 1950s. I have never seen a picture of my father. Still working on that.”

Her Unconventional Childhood; Dropped Out of School at 12

Bruce who never had a father figure throughout her life grew up as a poor child. She spent many nights as a street girl. Despite all that, Bruce was a good student at the school but dropped out of school at the pre-teen age of 12. She later attended Ventura High School for only a couple of weeks. She once said,

“I was bored. It wasn’t challenging. So I took the California Proficiency Exam and passed it.”

Tammy Bruce Went Through a Series of Minor Jobs

After leaving her formal education, Tammy went to Illinois, where her mother’s family resided. She there embarked on several odd jobs; the first was at an Oxnard car wash. She eventually landed on public relations. Bruce told in an interview with Los Angeles Times in October 1994,

“I quickly learned I was good on my feet, good at influencing people.”

By her early twenties, Bruce came back to her hometown of Los Angeles and started working for a late actress Brenda Banet. She was a personal assistant for the actress under her death. She also did the same job for another actress Gloria Loring and her then-husband, Alan Thicke.

Later on, Tammy embarked on electronic publicity. She used to create video news releases in order to distribute to news organizations. She then went on to be a part of the L.A. office of an Australian TV channel.

Besides, despite her early hiatus on the study, Tammy never left it permanently, finally earning a bachelor’s degree in Political Science from the University of Southern California.

Bruce who identifies herself as a lesbian was in a brief relationship with a late actress Brenda Banet. She talked about their short-lived romance in her book, The Death of Right and Wrong, released in 2003. They reportedly started dating shortly after Banet’s divorce from her ex-husband Bill Bixby. The actress married her then-husband in 1971 and gave birth to their son, Christopher Sean, in September 1974. Unfortunately, Christopher passed away while on a skiing vacation at Mammoth Lakes with Brenda in March 1981. The tragic incident heavily devastated her life eventually resulted in severe depression.

After going through several major personal challenges, there was only Tammy who supported Banet through thick and thin, first as a personal assistant and then as a partner. Sadly, their relationship also ended when Brenda died of a self-inflicted gunshot in her Los Angeles home at 36.

The incident led also Tammy into the limelight. She later actively involved in a feminist movement, supporting several organizations. She described herself as a bisexual in a 2006 interview with C-SPAN. Bruce also identified as a lesbian by choice.

What About Her Current Relationship Status? Is Tammy Bruce Married?

Bruce is yet to be married, neither does have a husband. She has remained quite secret regarding her love life over the past years. Since her tragic end with Brenda, the political commentator has never come out with her relationship.

Moreover, the 58-year-old Tammy is yet to show any signs of getting married in a near future. Many sources say the radio host is single at present. She currently resides in Los Angeles with some pet puppies and cats.

Tammy Bruce’s net worth is $1 million as of 2021. Her major portion of wealth mainly comes from her journalism career. She currently serves as an on-air contributor to Fox News Channel. She also hosts Get Tammy Bruce on Fox Nation.