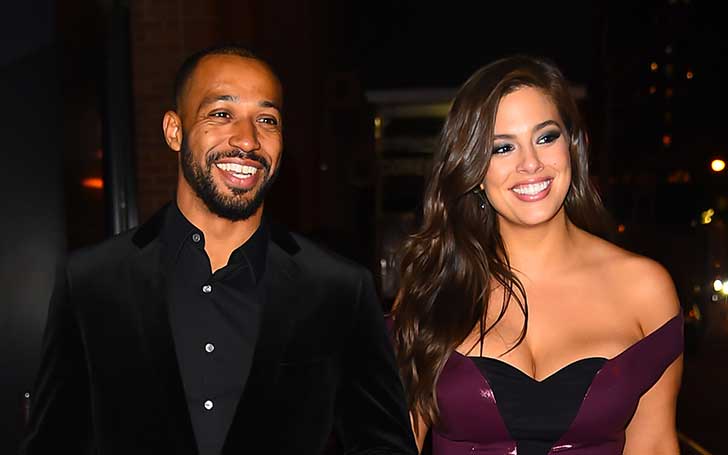 Here’s everything you should know about Graham’s relationship with her husband. How did they meet and when did they got married? All the answers here!

Ashley Graham met her Husband Justin at a Church

After breakup from her abusive ex, Graham started focusing on her modeling career. Once in 2009, she went to her modeling agency intoxicated with “some tequila.” Following this incident, her mom said she should either go rehab or church.

Graham said: “I was like, ‘I’m not an alcoholic, so I’ll just go to church.” And then she started going to a church in New York City where she met her future husband, Ervin. Talking about their first meeting, she stated,

She went on saying that one of the men told the other that if he didn’t talk to her he would. And then, Ervin was the one who stayed in the elevator. Graham added the two ended up going on a coffee date.

She said the two had a great time together, however, she deleted his number following the coffee date as Ervin left Graham to pay the bills.

They Met Again a Month Later

Following their terrible first date, Graham and Ervin weren’t in touch. But, around a month later, the pair had an encounter at church where Ervin asked her out and offered to pay this time.

“He said, ‘I have been taken advantage of and I have had women use me for a steak dinner, I don’t want that, I’m looking for a wife.”

Graham and Ervin ended up going on their second date and the rest is history.

Talking to Harpers Bazaar in 2019, Ashley Graham revealed their engagement and marriage. The pair got engaged just after a year of dating and a couple of months later, they tied the knot in 2010.

Graham said she and her husband spent their first year of relationship shooting episodes of what she said “The Justin and Ashley Show” on a webcam. However, the pair never released a single episode of their show.

Graham told Bazaar that they got engaged in one of the episodes. She said she teased her then-boyfriend saying, “you’re never going to ask me to marry you.” Then Ervin asked her for the ideal way to propose.

“He told me how I was his best friend, how he wanted to do life with me, how he’d never met anyone like me…all these incredible things. And then he pulled a ring out, and said ‘Will you marry me?”

Ashley said she initially thought it was a joke. Further, Justin also said that he wanted to get married to her in two months.

For the engagement ring, Graham didn’t say what she wanted exactly, however, she sent loads of images of what she didn’t want. Additionally, she sent what she liked as well.

She also said her ideal piece would be a glittering collection of simple gold bands with petite diamonds while the slightly thicker center band featuring a larger stone. Have a look at what she got:

Following their engagement, Justin planned their wedding with a wedding planner. On the other hand, all Ashley had to do was buy her wedding gown which she did in Nebraska. Ashley Graham and Justin Ervin got married on August 14, 2010.

They are New Parents: Welcomed a baby boy

Almost one decade after Ashley Graham and Justin Ervin exchanged their vows, the pair experienced their first parenthood. The husband-and-wife welcomed their first child, a son on January 18, 2020. The ecstatic parents announced the birth on their Instagram Stories a couple of days later.

Graham and Ervin named their son Isaac Menelik Giovanni Ervin. Initially, the pair announced they were expecting their first child together on 14 August 2019, on the occasion of their ninth wedding anniversary.

Graham’s Abusive Relationship before She Met Her Husband

Graham said she dated a “terrible guy” for a couple of years during her early 20s. Graham described the relationship as “mentally, physically, emotionally abusive.”

She added she found her worth after she broke up with him. Further, after the split, the model went on to take an oath that she would wait until marriage to have sex again.