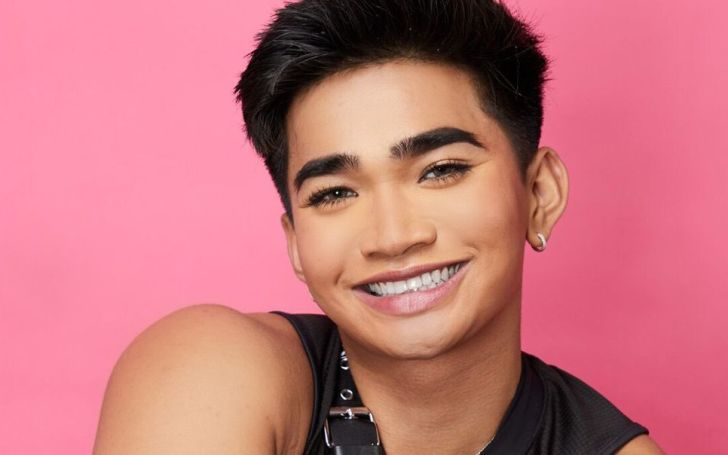 Bretman Rock is one of those celebs who will tell you about their affair but refrain from revealing their partner’s identity. He was in a relationship with his gay boyfriend for some time and never did he showed his face. This led to numerous speculations regarding the identity of his boyfriend, but Bret stayed mum.

Regardless of his partner’s identity, the big question here is, why and when did they broke-up?

In addition, is the YouTuber dating someone after break-up? If yes, then who is Bretman Rock’ boyfriend? Let’s take a close look at his personal life and find out more!

Who is Bretman Rock Boyfriend 2020?

Bretman is one of the most famous YouTubers currently. Apart from being an exceptional vlogger, he is a well renowned make-up artist.

It is only natural you guys are eager to know more about his dating life. Pretty sure many of you are already aware of his relationship status. In case you missed it, yes, the internet personality is single as of 2020.

In September of 2020, Bretman announced that he is single again as he broke up with his mysterious boyfriend. He announced the sad news via his Twitter account.

Bretman Rock was in a relationship with a mystery boyfriend

He is at the moment, but for the major part of 2019 and 2020, he was in a relationship. Its a darn shame that till now we have no idea about his now ex-boyfriend and frankly, we probably won’t ever find it now.

Back when they were dating, us fans were hoping that Bretman will definitely reveal his partner’s identity soon. Well, the current circumstances beg to differ.

Bretman is currently in a relationship but his boyfriend’s identity is behind closed doors.
Source: Bretman Rock Instagram

Apart from not telling us his bf’s name, Bretman used to tease us with hot pictures of his former flame. However, there was a catch! The only thing we ever saw in the pictures was Bret’s boyfriend’s muscular body and silky af hair.

Back then, fans even started calling them relationship goals. 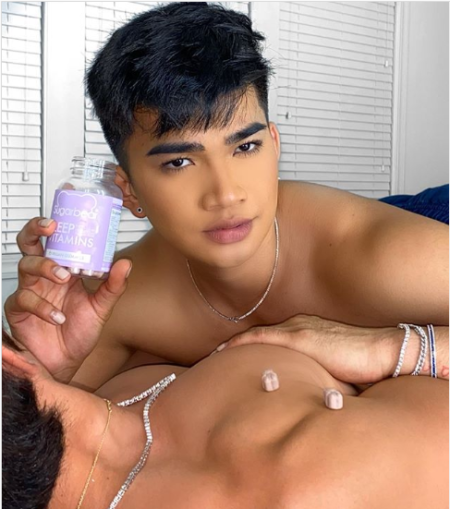 Bretman and his boyfriend sharing a cozy moment.
Source: Instagram

We all know Bret is goofy and jolly and overloaded with energy. His ex-beau , on the other hand, was a polar opposite. For instance, in many of their posts, Bret was the eccentric one, while his other half was kind of a laid back.

Well, regardless of their deep affection and love from the fans, the pair decided to call it quits. In September, Rock posted the heartbreaking news via a series of cryptic tweets.

In a tweet posted on September 1st, 2020, he wrote, “Girl I got something to tell y’all…………” As soon as the tweet went out, fans bombard the comment section asking what was going on!

An hour later, he again tweeted, “Lol go to Spotify… look up Big Sean and then title of the 5th song suggested.”

Bretman shared this hot photo on Valentine’s Day with his boyfriend.
Source: Instagram

Following his instruction, we scrolled through Big Sean’s fifth song and the song’s title was “Single Again.” Well, quite an interesting way to announce your breakup, isn’t it?

Later on, Bretman tweeted yet again, showcasing he is coping pretty well despite the split.

“I’m laughing at my high a–.. this is the best I could come up with to say that lol but yes you guys I’m good don’t worry bout me I’m a bad b—h.”

Besides all the drama, how did Bretman met his now ex-Boyfriend?

The former flames first meeting story is something out of a romantic movie. Well, they first locked eyes in a mall. Bretman was in a mall when he saw a dude coming down the escalator. The YouTuber glanced at him and was instantly smitten by him. Afterward, Bretman told one of his friends who was accompanying him that this guy is so cute.

Given Bretman’s bubbly nature, surprisingly, it wasn’t the one who approached first. The guy called out to him and said his sisters are big fans of him and he would like to take a picture for them.

Well, that was it and two months after their first meeting, they went on a date for the first time.

On April 8th, 2020, Bret added a picture with his lover, commemorating their 1st-year together. Like usual, this time as well, he refrained from revealing his beau’s face.

The highlighted part of the post was of course the picture, but the comment section was a wonder on its own. In this picture, Bretman showed each and every part of his partner except above the lips.

And given his eagle-eyed fans, they were quick to tag different sorts of gay individuals, claiming he is the boyfriend and whatnot.

Some claimed it is Raphael Arthur (@raphael.arthur), whereas, some sided with Aaron Fuller (@aaronxfuller).

Well, if rumors are to believed, his fan have deduced that Bretman’s boyfriend might just be Brian Diaz.

For starters, Brian is an Instagram celebrity whose personality is quite contrasted in comparison with Bret’s.

Oldies but goodies, I miss you so freaking much. I just wanted to come on and share my love. Following a few of you today. 💖😔💙🌸

You might be wondering, how come people are speculating about it. Apparently, Brian and Bretman’s boyfriend has an uncanny physical resemblance. Moreover, their similar sexual orientation added more fuel to the fire.

But hold on just a moment! Don’t just take our words for it guys, because after all, we at CelebSuburb believe in providing impeccable news and not hoaxes.

Bretman once said he won’t make videos with his Boyfriend

It is a general trend in the YouTube community that you tend to do the boyfriend or girlfriend tag with your better half. It is to showcase your relationship with your beloved fans.

But Bretman had a difference of opinions. In an interview with Cosmopolitan, when asked if he’ll ever make a video with his partner, he blatantly said, ‘never.’ And the reason being, the 21-year-old YouTuber finds these videos, Cringeworthy.

He mentions that despite the video’s intention of showing your partner to the community, it is still not worth it for him. In conclusion, he said, “I put so much online, and my heart is the only thing I don’t wanna—my heart, I need to myself.”

Ironically shared a Video with his ex-boyfriend

On April 13th, the wet n wild make-up line creator shared a video which no one expected he’d share anytime soon. As we mentioned earlier, Bretman has said several times he won’t ever make videos with his boyfriend, but we know that there are exceptions in life. And looks like this is one of them.

In the video, the former pair vividly talked about their relationship and mentioned how they first met. Well, the primary inspiration behind this video is definitely the COVID-19 Pandemic.

Bretman thought that while they are quarantining at their residence, why not share a video with his partner as according to him, ‘He’s got nothing to lose.’

Take a look at the full video!

For more celebrities gossip, make sure to follow CelebSuburb!!!