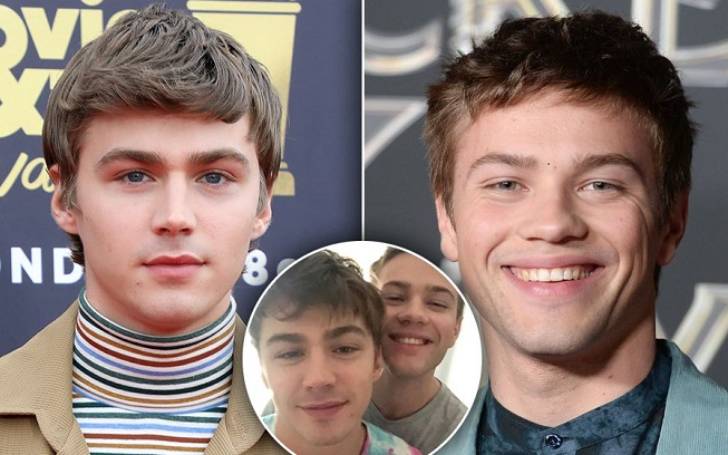 Canadian actor Connor Jessup, 27, who is best known for the Netflix series Locke & Key, came out as gay publicly in June 2019. As of 2021, Jessup is dating the ‘13 Reasons Why‘ star, Miles Heizer. He reportedly discovered his sexuality way earlier in his life when he was just a 13 years old guy.

Besides, he also admits that his boyfriend Miles played a huge role in inspiring him to come out publicly. At present, Jessup is pretty candid about his romance with his partner and rather shares a great bond.

Take a close look at his personal life and find out more.

On 24th June 2019, Connor confirmed his sexuality as gay with a lengthy and heartfelt Instagram post. The actor also revealed he knew he was gay from the age of 13.

But, Jessup kept it very private for years. In a lengthy Instagram post, the Canadian actor explained his emotional state and the pain of not being able to tell what he felt.

He also played several bisexual characters in TV projects but had always been secretive when it came to his sexual orientation outside the reel.

In addition, the actor became a TV phenomenon following his role as Taylor Blaine in the series, American Crime. Interestingly, he plays the character who struggled with his sexuality.

His Mother Brenda Thurston Has Supported him Throughout

Connor’s mother Brenda has been a constant for Connor ever since he came out of the closet. His mother even shared a statement where she explained how proud she is to be the mother of Connor,

“Incredibly humbled and proud to be your Mother. So much respect and love to you, today and always,”

Jessup also told he felt more relief after hearing such words from his mom.

The actor captioned the snap, “Verified I’m late but I love you, you’re good, you make me better, happy v+1 day 💚”

The gay couple is still together and leading a happy personal and professional life hand in hand.

When Did The First They Meet? How Long Have They Been in a Relationship?

They first met in 2018 after Connor dm’ ed his then future-bae, Miles Heizer, on Instagram after crushing on him for a long time.

The couple officially started their love affair in November 2018. Confirming his relationship with Heizer in a new cover interview for Attitude in Feb 2020, Connor told that they have been dating for “about 18 months.”

Jessup also said he never actively looked for love previously due to his utter focus on the entertainment business, nevertheless, it is a quite special and loving relationship.

In the same interview with Attitude, the actor opened up that his romance with Heizer inspired him to share his sexual orientation with the world. He stated,

“One of the sparks at the beginning of the fuse [for coming out], was that I fell in love”

“When you’re happy, you want to be happy publicly, and it made me think about the whole construction of my life in a way that I had been avoiding”

“I wasn’t in a relationship and I wasn’t looking to be because I was ignoring that part of me. I put myself on pause for a while. So, I had relationships, but nothing like the one I’m in right now”

It seems the two are pretty happy with their lovey-dovey.

Heizer is also an actor who rose to stardom after his breakout role in the Netflix original series 13 Reasons Why. He gained further critical acclaim with a role in the NBC series Parenthood.

Standing at a height of 5ft 10in, Miles has been once nominated for Young Artist Award for his work in Rails and Ties.