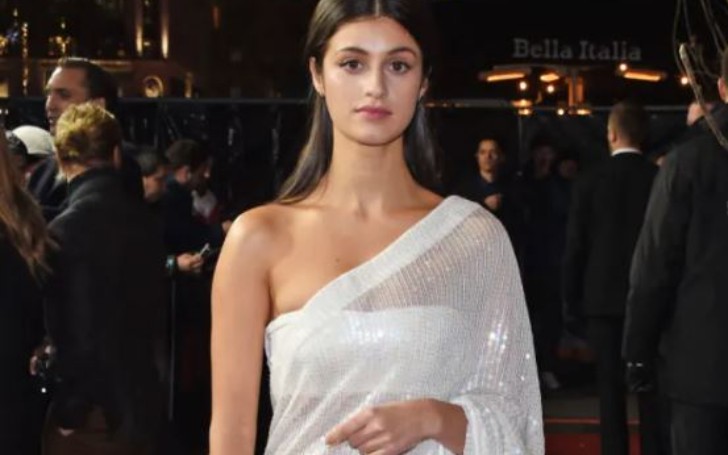 Ever since Netflix released The Witcher series, Anya Chalotra became a subject of curiosity for many. All of them want to know who is Anya Chalotra’s boyfriend. However, the beautiful English actress, who played the role of Yennefer of Vengerberg, remains mum on the matter.

There are many celebrities like her who rarely ever talk about their private life in public. She has been following in the same line. Despite all the secrecy, we’ve discovered that she might be dating someone. Now the big question here is, who is she dating? or is it just a rumor?

Well, in this article, let’s take a closer look at her current relationship status and past linkups.

Who is Anya Chalotra boyfriend in 2021? Her current relationship status

This specific question has been asked all over the internet, yet there isn’t a single valid answer. Nonetheless, it all ends today as we’ve been successful in finding who is her lover as of now.

Apparently, she has been dating fellow English actor Josh Dylan for some time now. The duo is incredibly secretive when it comes to their relationship so this is why not many know about their affair. Still, they have made a few joint appearances together in public. For instance, back in January 2020, they attended the 50th anniversary of Paul Smith AW20 as part of Paris Fashion Week.

The couple has already moved in together and lives in the same flat in East London. Moreover, they have also shared a single photo of each other on their respective social media account.

They shared the only photo of each other back in November 2019. In the picture, they are wearing matching T-shirts, not to look cute but to promote War Child UK. The organization, from the revenue generated by selling clothes and other stuff, helps protect kids from war-torn nations.

Judging by how cautiously they are moving forward with their relationship, it seems they really want this relationship to last. To be fair, we also hope they remain together forever as they look absolutely cute and made for each other.

How and when did Anya meet her boyfriend?

Well, upon finding out about her relationship, we’re sure many of you might be dying to know how it all began between the pair. As much as we’d like to answer this question, there isn’t any information available.

Furthermore, both Anya and Josh are private people. They don’t like to share intimate details of their affair with the public. This nature of theirs is the very reason we didn’t know they were dating until recently.

At first, it was Josh who indirectly told the world that he is dating Anya. So what happened was, a fanmade Twitter account named @bestofanyac shared a short video wherein Josh was giving an interview via Instagram live in June 2020, right around the Covid lockdown. In the interview, the actor was talking about his short drama, Queens (2021).

He mentioned that he was the producer of the drama alongside his girlfriend Anya, who was the associate producer of the show. Interestingly enough, Anya’s brother Arun Chalotra also featured in this drama.

shocking no one… josh dylan confirmed in a interview on instagram live that he and anya chalotra are dating! 💗 pic.twitter.com/dzNjjzTQWV

Besides, in the comment section, there’s a mixed response. While some are visibly shocked, a few of them claims Anya and Josh have been dating for quite some time. Whatever the case may be, we’re all glad she is happy and well.

Anya has been active in the industry for not a long time, however, we can consider her bf Josh a veteran. The English bloke made his acting debut with the role of Captain Adam Hunter in the 2016 film, Allied.

Dylan gained widespread prominence after he portrayed the role of Young Bill in the 2018 film, Mamma Mia! Here We Go Again. Besides, his other acting credits include The End of F***g world, and Noughts and Crosses.

Anya was previously linked to a Honduran writer?

Around the time when Witcher came out, numerous tabloids started speculating about Anya’s dating life. After all, the only person who got the most eye on the show, of course, next to Henry Cavill, was her.

Back then, an odd rumor was floating around. She was linked with a guy named Juan F. Sanchez. While some websites claim Juan is a Honduran journalist and a writer, but after doing a little more research we came across an actor by the same name. This actor has worked in several TV series including the famous Colombian Netflix show, Distrito Salvaje aka Wild District.

The only odd thing about Chalotra’s link-up with Juan is that they come from two different parts of the world. They have never worked on the same project and both of them work in different cinemas altogether.