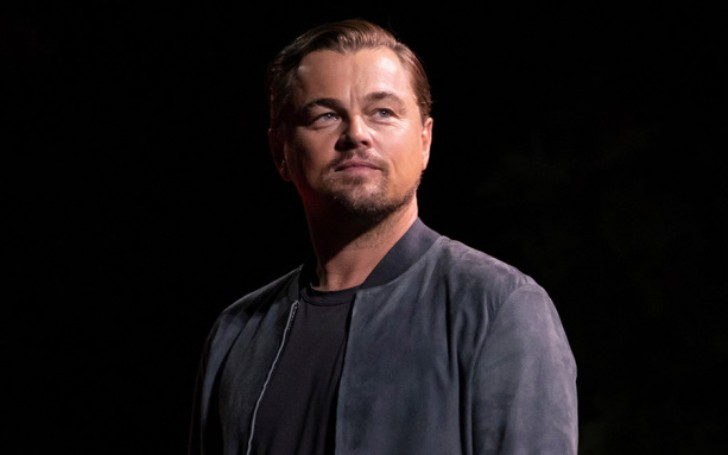 If there’s any celebrity we’d like to marry or see getting married then it would definitely be Leonardo DiCaprio. Ever since playing the handsome heartthrob in Titanic and Romeo and Juliet, Leo has become some kind of sex symbol of the industry. With a dating history consisting of most desirous of women, fans even tout him as a playboy or a womanizer. And why wouldn’t they? There is rarely anyone who doesn’t fall into Leo’s charm.

If you’ve been following Leo for just a few years then surely you don’t about his personal life. Besides, there are thousands of people who even ask if Leonardo is married? or not?

Nevertheless, Leo is in his 40s now and it is about time the hunk settles down. For the past couple of years, Inception has been in a stable relationship with model-actress, Camila Morrone. Fans are positive that this is it for Leo. He will most definitely tie the knot with her.

Well, let’s find out ab0ut what Leo thinks about marriage and if he is planning to settle anytime soon.

Is Leonardo DiCaprio and Camila Morrone planning to get married? Ready to turn her into his wife?

Since early 2018, Leo has been dating model and actress Camila. At the beginning, of their relationship, it looked like this is also one of those random short-term flings of Leo. But as it progressed, it looked nothing like this past affairs. He was happy with Camila, attended a few red-carpet events. Heck, he even took her as his date at this year’s Oscars.

All of these incidents point towards one thing and that is, the duo is relishing their affair. Moreover, they have been going strong for a few years now so it is safe to say, Leo might just marry this beautiful woman.

When Hollywood’s most eligible bachelor dates a person for more than a year, it sets the rumor mill buzzing. Likewise, various tabloids have already begun to speculate about his “marriage.”

Leo and Camilla talked about engagement and having kids

Moreover, the source went to say Leo is head over heels for her, even more than he was for his ex-girlfriend, Gisele Bundchen. And to top it all off, both Leo and Camilla are willing to have kids. However, the model wants to get married to him first before becoming a mother.

The source said,  “He’s ready to have kids. She loves having little kids around and wants to have kids with Leo. But she wants to get married to him first. She’s very traditional in that way.”

We all know about Leo’s dating conquests and how it all fizzles out rather quickly. His relationships are like movies, they work until he completes the shooting and ends after the movie wraps up. However, this time around, it looks his relationship might just go all the way.

But what is Leonardo’s stance on marriage? Is he ready?

We can speculate all we want and yet nothing is certain until the actor himself has to walk down the aisle. Since his early interviews, Leo has always kept the discussion about a possible future wedding on the back burner.

In an interview back in the 90s, Leo told ET Online marriage wasn’t in his real back then. It has been more than 24-years since he said that and still, his stance remains the same.

During a sitdown with 60 Minutes Australia in 2013, when Allison Langdon asked Leo about settling down, he divulged, ‘I would never answer that question.’ Nonetheless, he also said that the wedding is most definitely in the cards.

Furthermore, while answering questions about his marriage in an interview with CBS, the Oscar-winner said, “I mean, the truth is, it’s gonna happen when it’s gonna happen. And — and I — I — you know, I’m just gonna let it happen naturally.”

Well, there you go ladies and gentlemen, the man is great at avoiding the million-dollar question. You can try all you can but he rarely gives off any hints about tying the knot soon.

What people have to say about Leo not getting married yet?

When you’re a popular figure in the entertainment industry, praises and criticism come hand in hand. Similarly, a school of thought states Leo is not married because his criteria for women are “shallow.”

Some people claim Leo is a big-time womanizer who dates only supermodels who are half his age. After he finds a worthy date, he goes out with them for a while before replacing them with another hot Victoria’s Secret model.

Well, Leo’s past affairs really concur with the above statement, however, everything you see on the internet is true, right?