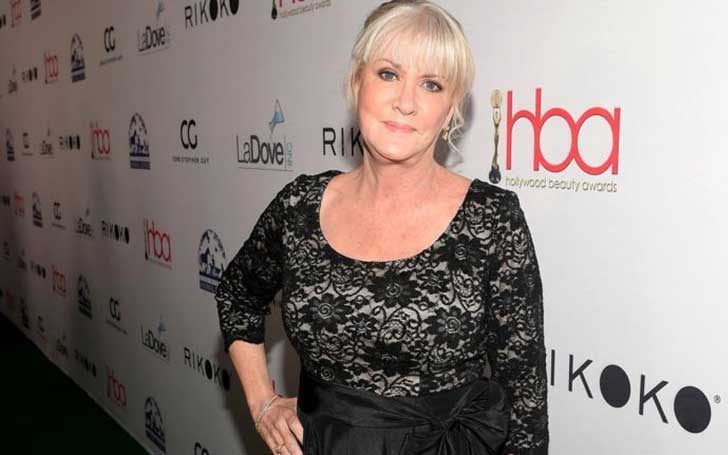 Mary Jo Buttafuoco is an American author and a motivational speaker. Buttafuoco survived a deadly attack in 1992 when her husband’s mistress shot her in the face.

Several years after the attack, Buttafuoco wrote a book that paved her way to start a career in motivational speaking. Today let’s find out all the interesting details regarding Mary Joe Buttafuoco.

Who is Mary Joe Buttafuoco? Details on her Career

Mary Joe is currently famous as a writer. In 2008, she wrote a book about her horrific experience and released, “Getting It Through My Thick Skull: Why I Stayed, What I Learned, and What Millions of People Involved with Sociopaths Need to Know.”

Mary said she was inspired to write the book after her son referred to her ex-husband Joey as a sociopath. Furthermore, she named her book after her mother’s saying that goes like “when are you going to get it through your thick skull?”

Apart from the shooting, Buttafuoco also described in the book about how she was manipulated to stay with a sociopath.

As of now, Mary Joe Buttafuoco is a motivational speaker. She often discusses her story to raise awareness about facial paralysis.

Attack on Mary Jo and Aftermath

On May 19, 1992, Mary was in her house she shared with her ex-husband Joey. Thereafter, Amy Fisher, whom her husband was having an affair with since July 1991, reached their house to confront Mary.

As Mary explained the incident, she went to open the door after Fisher rang the doorbell. As soon as the door opened, Fisher pulled out her .25 caliber gun and shot her in the face.

The injuries left Mary with a partially paralyzed face and deaf in one ear. Mary lived with the impairment for years before undergoing a facial re-structure surgery in 2006. The surgery involved static facial suspension, eye lift, and facelift procedures. After the surgeries, she regained her ability to smile.

Later, Mary had surgery to have her ear canal widened that improved her hearing and prevented future infections. But still, Buttafuoco is paralyzed on one side of her face and unable to hear properly with one ear. Meanwhile, Mary still carries the bullet in her neck as doctors found it too dangerous to remove it.

Mary’s attacker Amy Fisher was sentenced to five to fifteen years in jail for her crime. She was released on parole after seven years in 1999. As per the reports, Mary had encouraged the judge to press for her release. Later, talking to Fox News, Buttafuoco told it took her years to be able to forgive Fisher.

“I hated what she did, I hated that she came to my house, interrupted my life. The audacity of this punk to come and do this. The medication would shut me up… Then you get the anger again.”

Mary went on saying that she was addicted to drugs after she recovered from the injuries and wanted to get rid of them. So she joined the rehabilitation center, Betty Ford Center in 1999. During her time in rehab, Mary realized that she wanted to move on from the incident and she believed forgiving her was the only way to do so.

Mary and Joey Buttafuoco tied the knot in the year 1977. Joseph “Joey” A. Buttafuoco was an auto body shop owner. They share two children, a son Paul Buttafuoco and a daughter Jessica Buttafuoco.

Talking to Fox News, Mary revealed she met her ex in high school. The couple had known their family well before they decided to marry. She said they spent twenty years together before the incident happened.

During the time, Mary constantly defended her husband and blamed other persons including Fisher. But as time went by, Mary started having problems in her marriage. She finally filed for divorce in Ventura County Superior Court on February 3, 2003.

Does Mary Jo Buttafuoco have a new husband after Divorce?

Mary mostly remained low key following her split from her first husband. Mary returned to the limelight as she started working as a motivational speaker as well as an author.

Seven years after her split, Mary tied the knot with Stu Tendler in 2012. They walked down the aisle in Las Vegas. Sadly, Mary’s second spouse, Tendler passed away from cancer in 2018, six years after their marriage.