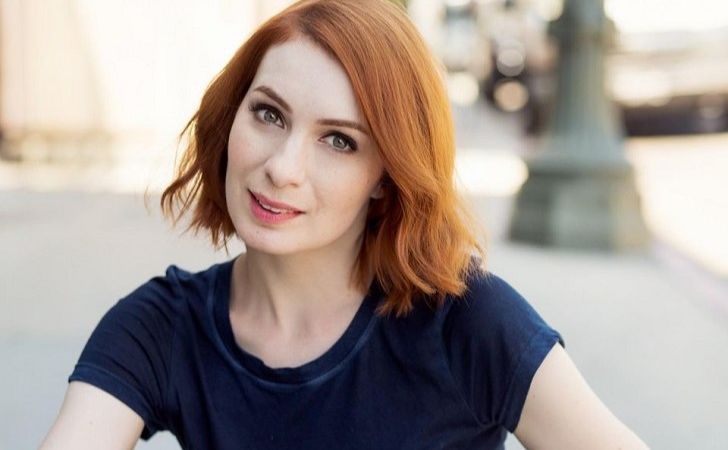 The multi-talented lady Felicia Day grabbed worldwide attention after her multiple roles as a creator, actress, writer, and producer of the web series The Guild. There is no doubt that Day has a pretty successful professional career, but can the same be said for her love life?

Unlike many celebs, the actress has kept every single detail of her personal life out of the spotlight. Let’s find if Felicia has a husband or just dating someone else.

Here are some hidden facts about her secret love life.

Is Felicia Day married? Who is her husband?

Felicia Day is yet to be married. Apparently, the actress doesn’t even have a boyfriend let alone a husband.

She has a Daughter: Who is the baby’s Father?

Felicia Day welcomed her first child, a daughter, Calliope Maeve in Jan 2017. She announced the big news via her Twitter showing the baby girl’s tiny feet.

The same day, Felicia went on to write in a separate tweet,

I went in to the hospital to have a baby last week and came back out not recognizing my own country.

The Guild star announced her pregnancy news on Insta in early January. She captioned the selfie,

“She’s coming in like three weeks so I guess I should announce this and stuff.”

The actress revealed the inspiration behind her daughter’s name on Twitter. While Calliope is a muse who presides over classical poems, Maeve was a princess from Irish mythology. The proud mom frequently shares adorable photos with her little girl on her respective social media accounts.

Meanwhile, Day has yet to reveal the biological father of her daughter. Maybe she gave birth to her child via artificial insemination or biologically, nobobdy knows yet.

She currently resides in Los Angeles, California with her child.

Felicia Day dated boyfriend Nathan Fillion for a while

Felicia Day is still quite successful in keeping her romance out of the public eye but the lady was once romantically linked to Firefly star Nathan Fillion. Although the two have never addressed their romance rumor directly, their frequent public appearances hinted there was definitely something going on between them.

The couple together worked in the web series Dr. Horrible’s Sing-Along Blog in 2008, which probably was the first meeting for the couple. Day and her then rumored-boyfriend Fillion previously also made a number of public appearances.

Neither Nathan nor Felicia has never revealed when the two exactly began dating and how long it lasted. The two again worked together in a comedy-drama series The Rookie, in which Fillion has played the main role, John Nolan, since 2018.

Surprisingly, Fillion and Day are both not dating anyone at this moment. But, the actor dated several girlfriends in the past.

In 2012, Felicia Day took the role of Sexy Pizza Girl in the web series Husbands. It was written and created by Brad Bell and Jane Espenson.

She also has credits for her works in many other movies and TV shows like Supernatural, Tabletop, Con Man, Red: Werewolf Hunter, and more.

Who Is Nathan Fillion Wife? Details Surrounding His Marriage, & Relationship