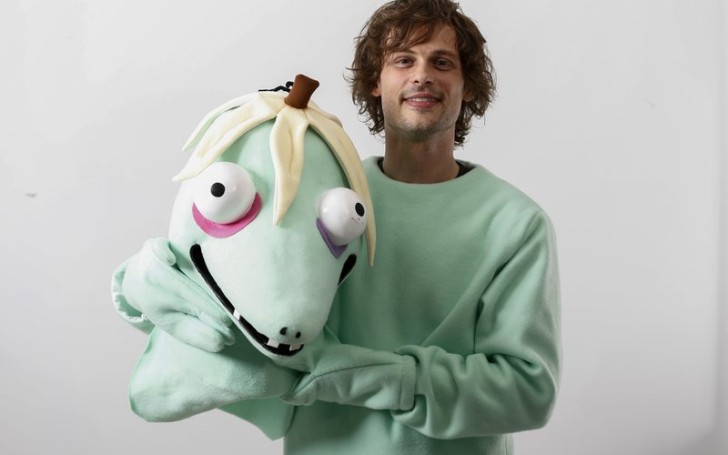 Matthew Gray Gubler is famous for his role in the series, Criminal Minds. The handsome actor has had a few high-profile relationships in the past.

But after all these years, fans are curious if he has a wife behind closed doors. Well, let’s find out the answer to this query and also know about his ex-girlfriends.

Of all his previous relationships, Matthew’s affair with Kat Dennings was the one that caught the most attention. The now-former couple came forward with their relationship in 2007 while attending Showtime’s ‘Weeds‘ premiere.

At the time, it seemed the duo had just begun dating. In fact, many tabloids to this date claim they went out from January to August 2007. However, Matthew later revealed the real relationship timeline of the two.

In an interview with Glamour, Gubler said he and Kat had first met while he was shooting for the first season of Criminal Minds. The CBS crime drama premiered in September 2005 so it is safe to say the lovers started dating around the same time.

Initially, their romance was sailing smoothly with Matthew barely managing time for his girlfriend. Nevertheless, Gubler’s business ultimately proved to be the catalyst for their break-up.

Apart from this, there were also rumors that they might’ve gotten married behind the scene. Unfortunately or fortunately for some, Kat is not Matthew’s wife. In fact, he is yet to be in a marital relationship with anyone. So no spouse, alright!

Its true breaking up with someone is all due to differences of opinion, however, it doesn’t mean you can’t remain friends. On the same note, Matthew and Kat still remain good friends despite their history.

Moreover, the actors even did a movie together titled, Suburban Gothic in 2012. While reminiscing about the movie and his relationship with Kat, the 40-year-old told Glamour,

“We did a movie, Suburban Gothic, together, and that was one of the best experiences. To make a movie with people you’re dialed in with in real life is the closest thing to being in a band with someone.”

Is Matthew Gubler dating anyone in 2020?

may the 5th be with you

It looks like the same show which led to his break-up with Kat is the reason behind his current relationship. But Criminal Minds has finished just recently so maybe he will get back into dating.

Before his link-up with Kat, Matthew was reportedly going out with Charlotte Kemp Muhl. Their relationship drew a lot of controversy due to Charlotte’s age. At the beginning of their affair, she was only 16, whereas Matthew was 24.

He also had a fling with Portuguese actress, Marisa Morris. They were an item from 2008 to 201o.

Matthew then moved on with Cobra Starships’ keyboard player, Victoria Asher. Their relationship lasted only a year in 2010 before calling it quits.

The Alvin and the Chipmunks star has reportedly hooked up with model Ali Michael back in 2013.

Subsequently, after cooling things off with Ali, he had a very high-profile run-in with the singer, Taylor Swift. A source at the time revealed that Taylor was keener on going out with Matthew than he was.

The source stated,  “mutual attraction has led to some hangouts but they are not exclusive.” Fans from both the side started shipping the duo and wanted to see them together soon.

Nonetheless, due to conflicting schedules, they were not able to hang out as they wanted to. Besides, Taylor was at the time just fresh of from her relationship with Harry Styles.

Despite all the build-up, the duo never dated officially. Soon the rumors of sparks between them fizzled out.

Who is Kat Dennings Boyfriend? All about Her Love Affairs