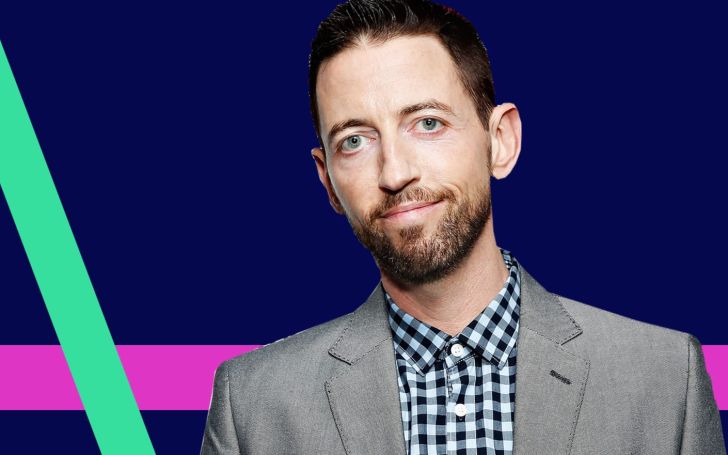 Neal Brennan is a comedian best known for his work in the series Chappelle Show. He co-wrote and co-created the hit comedy central show alongside Dave Chappelle. Aside from that, he is also famous for directing Netflix special, Neal Brennan: 3 Mics.

The comedian has been working in showbiz for several years, and we’re all curious about his personal life. In general, fans ask if he is married and hiding a wife or is he dating a girlfriend?

Today in this article, let’s discuss Neal’s personal life more and find out if he has a secret partner.

This question has been asked a lot. Ever since Neal rose to stardom thanks to his association with Comedy Central, his personal life has been a point of curiosity. Moreover, Neal himself has not added the least bit of info on this, making it all the more intriguing.

At first, let us give you the answer to the very question pertaining to his marital life. He is not married, meaning he is not hiding a secret wife. Although Brennan’s secretiveness gives way to numerous speculations, one thing is for certain: he is not a married guy.

Does Neal have a girlfriend?

Talking about his relationship status, well, Neal does have a girlfriend. Neal first opened up about his apparent girlfriend back in 2011 when he tweeted, “My girlfriend and I love each other so much that once a year we give each other a month off.”

The tweet didn’t give any context on his relationship, however, the next one did. In 2015, Brennan again tweeted something wherein he openly mentioned that his girlfriend belongs to the African-American ethnicity.

Talking to my GF when she’s mad is like doing stand-up for a mostly black crowd. They’re listening, but really just want me to stop.

Similarly, in 2016, during an interview with Vice, Neal talked about his girlfriend. When he was asked if he got any street cred after the show, Chappelle Show became a hit, for which he replied,

“The best version of that ever was about ten years ago. I was with my girlfriend at the time who is mixed, and we were walking on 125th Street [in Harlem], and I could just feel these dudes staring at me and her. Like, Who’s this m****f***r with a black girl? And we get close to them, and one of them goes, “Oh, shit. It’s Neal!”

From his statement, we can assume he and his girlfriend have been together since the early 2000s.

Besides, Neal is enjoying his secret affair. In the same interview, he mentions how his girlfriend is pretty straightforward and never pretends to like something. For instance, he told his girlfriend a joke which got a lot of laughs from his show. However, she didn’t like it and even told him, “Why are you doing a bit? Can we just talk?”

So who exactly is Neal’s girlfriend?

Unfortunately, the identity of Neal’s lover is a well-kept secret. The comedian has made sure not a single tabloid pry on his love life. This is why he has never appeared publicly with his partner. Furthermore, he has not posted a single picture of his girlfriend on social media, which shows how serious he is when it comes to their privacy.

Though his curious fans are quite disheartened due to the lack of info on his girlfriend, his decision is for the best. After all, we’ve seen celebrity relationships fall like anything when they have too much camera exposure. His decision to clandestine his relationship has been working pretty well so far.

Now that you know about his relationship status, we’re sure you must be eager to hear about their wedding soon, and so are we. But as of this moment, there is no comment on this matter by Neal. In hindsight, expecting him to announce his marriage is something we shouldn’t be really positive about, given his nature of keeping things on the down-low.

Be that as it may, as fans, we’re happy Neal is relishing a terrific personal life and wish him well for the future.