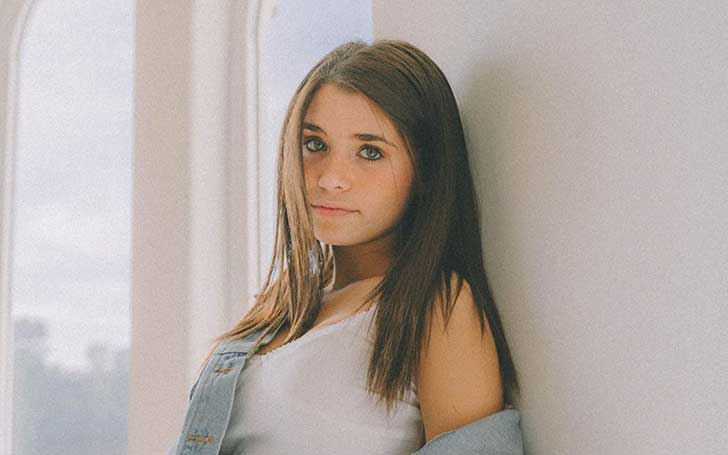 Nessa Barrett is an American TikTok star who has already garnered more than 9 million fans on the platform. Barrett is famous among her fans for her lip-syncs to rap and pop songs on TikTok.

Here, we are presenting everything you need to know about the rising social media star. Let’s begin.

Who is Nessa Barrett? She is of Puerto Rican Descent

Nessa Barrett was born on August 6, 2002, in the United States. Barrett belongs to the Puerto Rican descent.

She has two siblings, a younger brother, and a younger sister. Nessa once mentioned it was her little sister who inspired her to join TikTok.

Meanwhile, her younger brother has also appeared on many of her TikTok videos. The sibling share a deep bond, by the looks of things.

Barrett said she is 4 ft 11 inches (150 cm) tall. In a Q&A session with Famous Birthdays, Nessa said that her height is relatively shorter than her fans might have imagined.

Nessa Barrett is also looking to pursue a career as a YouTuber. Even though she joined YouTube in August 2018, she didn’t post any videos until June 2020.

She uploaded her first video titled “FUTURE PLANS? Q&A WITH NESSA BARRETT♡” on her self-titled channel on 19th June.

Nessa Barrett Has Five Tattoos On Her Body

In the video on her channel, answering the question by one of her followers, Nessa Barrett said she has five tattoos on her body. However, she didn’t reveal any details on her tats.

Meanwhile, in May, her ex-boyfriend Josh Richards shared a video on his channel with the title “My GirlFriend Gets Her First Tattoo!!” Back then, Nessa inscribed two words “HEAVY SOUL.”

The TikTok star revealed her dream car is  Mercedez White G-Wagon in a Q&A video.

Got into a Controversy after dancing on a Quran’s Verse

Even though Nessa has been in the limelight for around a year only, she has been into a couple of controversies already. In April 2020, a flock of social media users slammed her after she posted a video in which she and her friend danced in one of the Quran’s verse.

After receiving a series of negative comments, Barrett subsequently deleted the video from her account. Later on, she apologized for the act, saying she was unaware of the fact that it was a verse of the Quran.

Moreover, she went live on TikTok saying she and her friend came across a video of a man singing on a For You page of TikTok. But her fans weren’t convinced by her explanations and they kept on bashing her, after which she disabled the comment section for a while.

Besides TikTok, Nessa Barrett made her way to the limelight for her relationship with fellow TikToker, Josh Richards.

Barrett and the 20-year-old Canadian social media star met in early 2019. The pair started chatting on social media before meeting in person.

They became intimate within a couple of months and by late July 2019, Barrett had already fallen for Richards. On the other hand, Richards said he liked Barrett from the beginning, however, waited for the right time to ask her for a date.

They Started Dating in October

Nessa and Josh started going out on 19th October 2019. Richards revealed the date of their first date in a Q&A video posted on his self-titled YouTube channel. In the video, the pair answered some of their fans’ questions.

Even though they started their romantic relationship in October, they concealed it from the media for a couple of more months. Richard introduced Barrett as his girlfriend in January 2020 in an Instagram post writing “Mine.❤️” in the caption.

In the video, Richards also said that he didn’t want to make their relationship official because he was not sure if Barrett was serious about the relationship.

Meanwhile, back on April 19, 2020, Richards took to his Instagram to share a couple of photos with his partner on the occasion of their six month dating anniversary.

6 months ago I made the best decision of my life and asked this girl to date me. I don’t know why she said yes but somehow I convinced her. Happy 6 months mamas❤️ You are my everything and more. Janesa Barrett, I love you.

However, as in all good things, their relationship couldn’t reach even the 1st year mark.

After spending over seven months together as a couple, Nessa Barrett and her beau Richards called it quits in June 2020. The former couple announced their breakup a few weeks later in a video on YouTube.

In the video title “We broke up,” they said their break up was amicable and they would remain friends after their split. Nessa said they parted ways to give more time to themselves and to their emerging career.