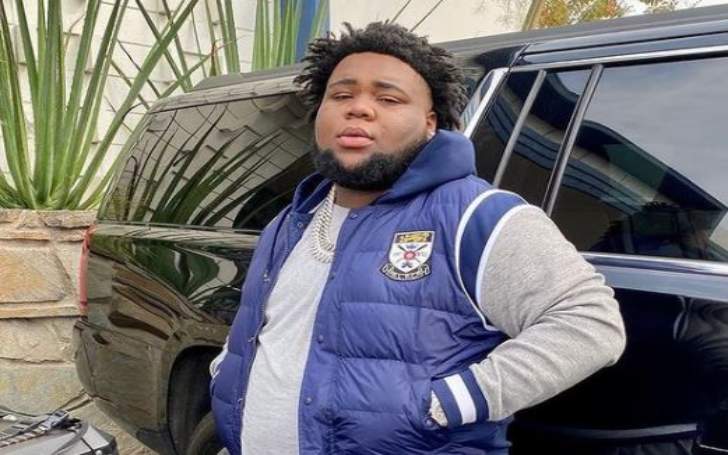 Rod Wave is an American rapper who became famous after his song Heart on Ice became TikTok famous. His career began only in 2018 and he has made numerous strides already in the field.

Ever since he got into the rap game, fans have been curious about his dating life. Well, what do you know, the rapper is a father, but with whom does he share his kids?

Today in this article, we shall dig out info as to who is Rod Wave’ girlfriend or better yet wife in 2022?

Who is Rod Wave girlfriend 2022? Is he dating in secret?

The short and quick answer to the above question is yes, Rod is indeed in a relationship. For some time now, the Florida native is dating a girlfriend secretly. Although Rod himself has not revealed her name to the media, fans have somehow connected the dots.

They have somehow figured out that his baby momma goes by the username, dee_.18 (fully  Kelsey “Dee” Coleman) on Instagram. The girl in the picture has a stark resemblance to Rod’s girlfriend. Moreover, fans who follow his GF on Insta have screenshots of her stories which clearly states she is dating Rod. See for yourself!

Besides, Rod himself has never said anything about his girlfriend nor has he ever mentioned his partner on social media. Seems like the rapper likes to keep his personal life out of the public.

Rod is a father of two kids

Now that you know Rod has a secret girlfriend, we’re sure you’ll be shocked to know that he is also a father. Yes, he is a proud papa of two beautiful girls. Let’s talk about them.

Initially, we found out that Rod is expecting twins with his girlfriend in May of 2020 when @rodwavemedia shared a picture of the R&B artist with his lover. The caption read,

“My girl pregnant with twins, look how god bless me again 😊” Rod welcomed his firstborns a few weeks after the photo was shared.

Though he is yet to share his kids’ names let alone pictures, his girlfriend previously wrote two names on her Insta bio. It read, “Kash & mocha’s mom.”

Judging by all this, it is safe to say, Rod’s children’s names are indeed Kash and Mocha. But then again, we can never be so certain.

Regardless, we sure hope the young man can bear the burden of becoming a dad. If a child goes through a traumatic experience in the early phase of his/her life, it directly impacts their life later on. There are several rappers who have become a father at a young age such as NBA Youngboy and doing a fantastic job as a father.

Don’t Miss: What you should know about NBA Youngboy’s son Kayden Gaulden

Rod Wave appreciates his girlfriend sticking by his side

He might be one of the most promising up-and-coming rappers right now but Rod had every bit of challenge in the way. However, no matter how bad the situation, his partner stood by his side through thick and thin.

If it wasn’t for her, the beloved rapper might not be where he is right now and he also acknowledges her help. To show how much he appreciates his girlfriend, he even wrote a song for her. His song, ‘Paint The Sky Red,’ from the album P. T. S. D. is dedicated to his lady love.

In the middle of the day,
at the end of the night, believe me I’m right by your side
So if you need me, you can call me
I’ll be running for you darling
Whatever it is, whatever you need

It is pretty much understandable from the lyrics above how much she means to him.

Since when are Rod and his current girlfriend dating?

Like we mentioned earlier, Rod is an incredibly secretive guy when it comes to his personal life.  Now we’re certain you’d be hoping to find out since when did Ron and his lover start dating?

Truth be told, there is not a single piece of information about their relationship. That being said, what we can say for sure is that they are dating for a few years now.

Moreover,  Rod Wave’s girlfriend is a private person. She has kept her Insta on private making it difficult to find out info on their relationship, though she once became a trend after celebrity stylist Jonathan Wright shared a video of her. In the post shared on his Instagram, Rod’s girl is looking absolutely gorgeous in a white outfit and an orange wig.

Well, to say the least, Rod is one lucky guy!