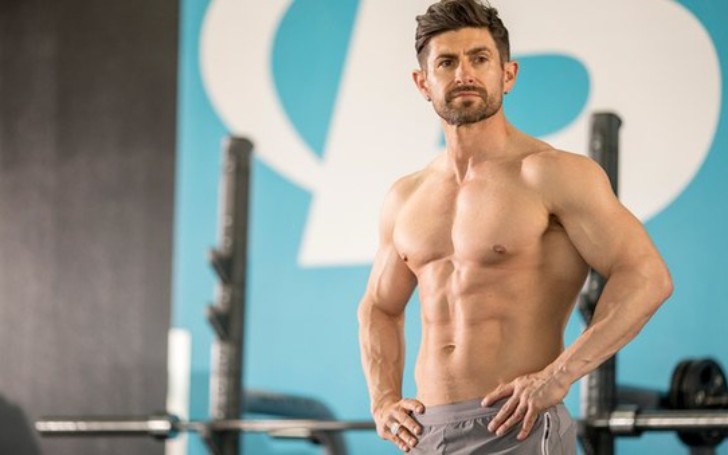 Aaron Marino is a popular YouTuber who runs the channel, Alpha M., focusing on men’s lifestyle. So far, he has changed the lives of millions of men around the globe.

Besides, growing up he faced a lot of emotional abuse and failures. Today let’s talk about his life and know who are his parents and wife.

The lifestyle guru grew up in Philadelphia. His family wasn’t financially well off meaning he had to do some odd jobs to earn money during high school.

He used to cut hairs for a living and at the time charged $5 for a haircut. Moreover, he wasn’t able to buy clothes at full price because of which he went to Thrift stores.

Mom and Dad Separated at an Early Age

He was still a kid when his mom and dad separated and their separation really changed the way Aaron saw life. What we see in today’s Aaron is something he has built over several decades. Life’s not easy when your parents divorce at such an early age.

Despite the divorce of his parents, both of them remained on good terms and co-parented him. In a video he did with his mom, Aaron mentioned how his mother helped him become the man that he is today.

Furthermore, it was his mom who gave him his first gym membership at the age of 13. And this is the same gym membership that changed his life forever because he found something he was passionate about.

Emotionally Abused by his Step-Dads

Growing up was hard for Marino, as his mother re-married two times and both of his step-fathers were emotionally abusive.

Aaron mentioned in one of his videos titled, ‘Overcoming Emotional Abuse and Finding My Voice,’ how his step-fathers tortured him, and yet never spoke up. All because he had an underlying fear that he had to move out of the house if he talks back.

When he got into college, Aaron was somehow happy he will never have to do anything with his step-dads. However, while contemplating his lack of courage, he used to beat himself up, thinking he couldn’t stand up for himself.

This lack of emotional support bottled up inside making him a nervous wreck. Later down the line, he took therapy and totally recovered from the trauma.

Aaron Marino Gay Rumors: Did his Mom ever thought he was Homosexual?

If you’ve been following Aaron for some time now then most probably you’ve come across the homosexual rumors. From the beginning of his YouTube career, plenty of times people have raised questions regarding Marino’s sexuality with many claiming he is gay.

What’s more, his manscaping tutorial further raised eyebrows. When one of the fans asked if his mother ever thought he was gay, she answered, ‘I do not believe he is, and his wife doesn’t think he is.’

She also added regardless of her son’s sexuality, she’d always had his back.

Where did Aaron Marino Go for College?

Aaron went to the University of West Virginia and graduated with a Bachelor of Science degree in Business Administration.

Do you need a degree to be successful? NEW podcast episode now live gentlemen, where I share my thoughts on college… (link in bio) 👊

There is no specific religion that Aaron follows apart from the religion of humanity. On the other hand, his family is an Italian Catholic.

His mom gave up the traditional catholic upbringing and his father converted to Buddhism.

What is Aaron Marino Net Worth?

Aaron Marino struggled a lot financially to reach where he is today. As of 2020, his net worth stands at a staggering $4 million. Back in 2018, during an interview with the GQ magazine, he revealed he earns $25,000 from YouTube alone.

Moreover, Aaron appeared in the famous show, Shark Tank twice. Sadly, both of the times he was rejected, and yet, he moved forward.

Since 2007, Aaron is in a marital relationship with his wife, Tracey Woodard Marino. The couple first came across each other after he moved to Atlanta, Georgia. They started dating in 2002.

His wife business development and marketing expert. She currently works at NOVA Engineering and Environmental, LLC as the Corporate Marketing Director.

So far, there has been no news of any trouble in their relationship, although, interestingly, they once broke up due to undisclosed reasons.