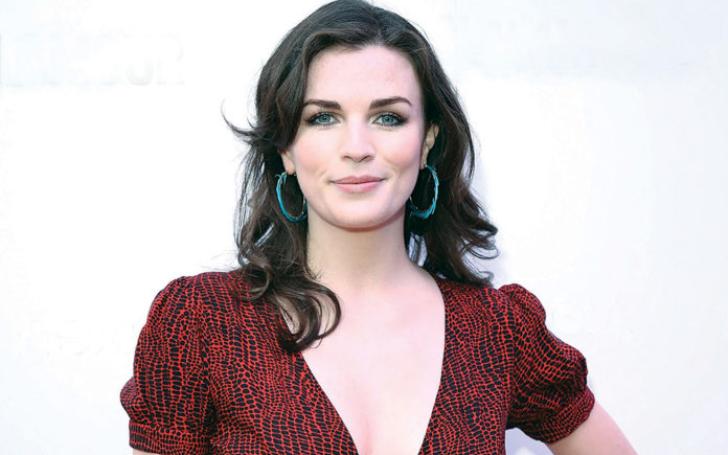 Irish-born actress and comedian, Aisling Bea is famous for her role as Kate Elliot on the Netflix comedy-drama series Living with Yourself. The 38-year-old actress initially garnered fame as a stand-up comedian before she found success on TV and Films.

Besides her acting, Bea is also famous for her relationships. Bea made headlines in early 2018 when the actress was rumored to be dating Hollywood star, Michael Sheen. Apart from Sheen, the Amazing Spiderman star Andrew Garfield was also stated as one of her boyfriend.

Let’s know a bit more about her romance, current, and past, and find out who is Aisling Bea’s partner in 2022.

Well, great news for you men out there. The comedian is single as of 2022. She is not in any public relationship, not that we know of. Comedians tend to be quite open regarding their love life so it is safe to say, Bea is definitely not hiding a secret ‘partner.’

Regardless of her current relationship status, Aisling doesn’t really care about being alone. She has a different insight regarding this feeling of loneliness. In an interview with The Guardian, she talked about how this feeling never really bothered her.

Bea stated, “I’ve never really been alone. I have an amazing family, amazing friends, I’ve been in amazing relationships…”

Speaking of relationships, well she had a few in the past and that too with some of the most famous actors.

Aisling Bea Dated Michael Sheen for Less Than a Year

In April 2018, The Sun confirmed that the Irish-native was dating the Welsh actor Charlie. The outlet confirmed the news after the now ex-lovebirds were spotted together at the Olivier Awards in London in early April. Back then, a close source said,

“They met through mutual friends and Michael is pretty smitten, telling people he is off the market.”

Another witness told the Mirror about the couple,

They stayed close all evening and Michael leaped to her defense when a reveler smashed a glass near her, making sure she was OK.

They first met during the shooting of Master of Sex in 2014. Back then, Sheen was dating actress Sarah Silverman. Sheen and Bea reportedly started going out in late December 2017 after the former broke up with Silverman.

Bea and Sheen broke up after just a few months of the relationship. Their break-up news made headlines in September 2018, when Sheen’s ex-girlfriend Silverman revealed it during her appearance on Jimmy Kimmel Live. Sheen and Bea’s last public appearance was at the NHS Heroes Awards in May 2018.

Bea and her partner Garfield began dating in early 2019. The former lovebirds sparked their romance rumors after they watched a performance of the hit musical Hamilton at London’s Victoria Palace Theatre together in March 2019. The pair were spotted giggling and sharing private jokes. At one point, Garfield placed his arm around Bea.

Afterward, the alleged lovebirds did not make any other public appearances. They also didn’t reveal their relationship and sometimes later their romance fizzled out.

It looks as if they had a short-term fling that couldn’t see the light of the day.

Before Aisling Bea, Garfield was in a relationship with singer Rita Ora. The Sun reported they dated for around four months after their break-up in March 2019. As per the British outlet, The Amazing Spiderman star wanted to have a better private life, which was the reason for their split.

Who Is Aisling Bea? Her Professional And Personal Life