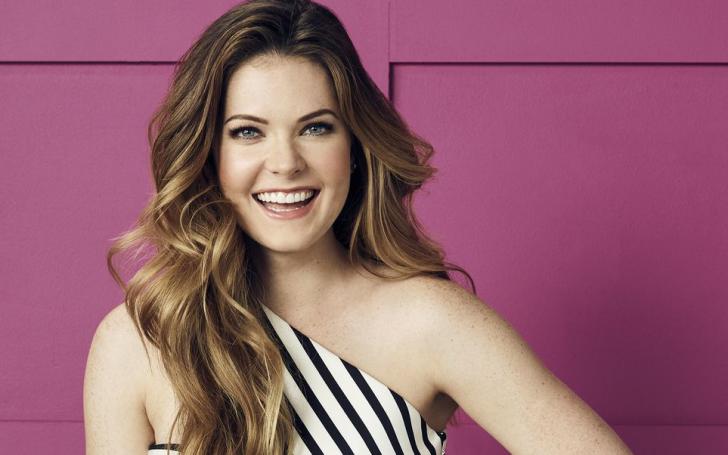 Famous for her work in One Life to Live and  The Bold Type, Meghann Fahy is one of the versatile actresses around. Her impeccable acting helped her garner a huge fandom.

Today we’re going to find out some interesting facts about the Longmeadow native including her personal and professional life.

Who is Meghann Fahy?

Born on April 25th, 1990, Meghann became a matter of curiosity for many after appearing in an episode of teen drama, Gossip Girl.

Surprisingly, the role was her debut in showbiz and unlike other newbies, she made a huge mark with it.

Since then, the 30-year-old appeared in many TV series, carving a big name in the entertainment industry. So far, her most famous credit is definitely, The Bold Type.

In the Freeform series, she has been portraying the main character Sutton Brady since 2017. In the series, she is starring alongside Katie Stevens, Aisha Dee, Melora Hardin, Nikohl Boosheri.

About Meghann’s Mother and Father

Fahy is the youngest child of Tammy A. and John S. Fahy. Her parents have been in a marital relationship for over 30-years now.

This is a photo of my 23 year old parents who have been married for 30 years today. MY HEART ❤️

Besides, both Tammy and John comes from a musical background. Her mom used to be a part of a band in high school, whereas, her father’s side of the family had the innate ability to play instruments by ear.

Moreover, her uncle was an actor as well.

Regardless of her folk’s profession, Meghann eventually settled as an actress, though she might have some interest in music as well.

Meghann has an Older Brother

Meghann is the younger sister of Jay Fahy. Unlike his sister, he is closer to their parent’s profession. He is a musical artist who writes and sings songs.

In addition, Jay is a married man and shares one daughter, Emma.

The Gossip Girl star is a Doting Aunty

She doesn’t share any children of her own, but that doesn’t stop her maternal instincts to kick in. Whenever she is free, we can usually find her hanging out with her niece, Emma.

She shared a picture of Emma after her sister-in-law gave birth to her back in 2017. Her caption clearly indicates, how much she loves her niece.

Met my niece, Emma. everything else is trash. Bye.

She wrote, “Met my niece, Emma. everything else is trash. Bye.”

Who is Meghann Fahy Dating? Is she married?

At the moment, Meghann is in a relationship with the actor, Billy Magnussen. If you aren’t familiar with the guy then let us tell you Billy is also an acclaimed actor.

He was most recently announced as one of the cast members of the upcoming James Bond flick, No Time To Die.

Meanwhile, tabloids claim Meghann and Billy have been dating since 2017. They occasionally share pictures together on their respective social media handles.

Just recently, Billy added a picture with his girlfriend during one of their road trips.

Furthermore, earlier this year, Meghann made an appearance with her boyfriend at the Golden Globes Afterparty.

As of now, there is no information regarding their plans to get married, but given their long-term romance, we can say, the wedding bells aren’t that far away.

What is Meghann Fahy Net Worth?

As of now, her net worth currently stands at a resounding $1 million.