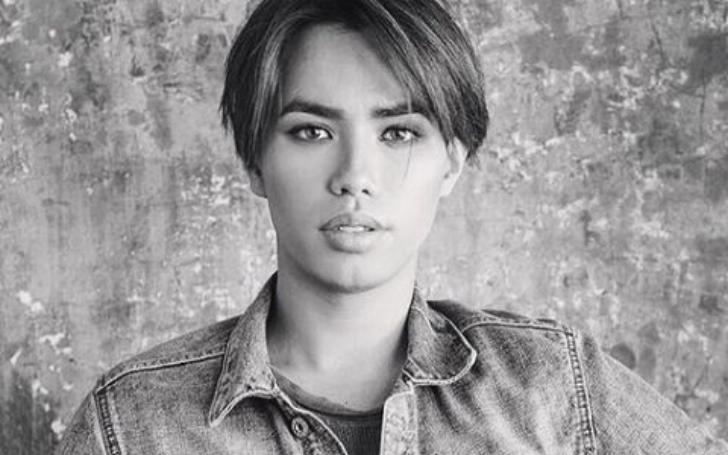 JayR Tinaco is an Australian actor who is best known for their role in the series, Another Life. In the series, they played the role of Zayn, a non-binary military doctor.

Since becoming a star, JayR has become a sign of a symbol for the LGBTQ community. Their role has shown that actors coming from this community are not limited to secondary roles.

We’re sure that many of you are quite curious to know all about JayR so here we have all the information you need. Find out about their early life, relationship status, and journey leading up to now.

The actor was born on January 5th, 1989, in Manila, Philippines. Not much information about their parents is known. They tend not to share info on their family on social media. Going by their Instagram handle, they like to keep their personal life on the down-low.

After their birth, JayR’s parents moved to Queensland, Australia. They were brought up in Queensland. Both sides of their parents are from Manila, Philippines. Their mom and dad raised them in Filipino culture.

Talking about their nationality, they are Australian.

Is JayR Tinaco transgender or non-binary?

Ever since JayR debuted in the entertainment, curiosity about their gender is widespread. To start off, JayR is non-binary and uses they/them pronouns, although JayR has stated their friends often call them by she pronoun which is perfectly alright. They don’t take offense to that.

In an interview with SBS, Tinaco stated,

“I still identify with the pro-nouns He/His/Him in my personal life, but I have friends that call me ‘They’ or even ‘she’ and I’m okay with that. It’s all about conversation, it’s learning process for everyone and I’m happy to be here to help educate and bring awareness.”

At the beginning of their career, many tabloids mentioned them as she, however, that doesn’t seem to the be case. Although JayR is proud of their sexuality. it wasn’t until their role in the Netflix sci-fi Another Life that they would actually come out as a non-binary for the first time.

In the series, JayR Tinaco played the role of Zayn, a non-binary character. When they first read out the script of the character, they thought that the role was meant to be. Moreover, the role also helped Jay reflect on their sexuality. They said,

“It’s so interesting to me because playing Zayn really has lead me to understand and realise my own non-binary identity.”

Well, JayR is definitely one of the few actors who is paving the way for all the young and upcoming line of actors from the LGBTQ community. Additionally, he often attends various LGBTQI events as a panelist.

Is JayR Tinaco dating someone?

As of now, JayR doesn’t have a partner. Going by their social media profile, it looks like JayR is single and not in a relationship with anyone. But then again, they are quite secretive when it comes to private life, so there is a possibility that they might be hiding their dating life.

Be that as it may, even if JayR is single, they are happy with their single life. Moreover, they are quite focused on building their career and taking it to the next level. Let’s hope the best for them!

The path to stardom is not meant for everyone but only for those who are willing to work hard. Similarly, JayR didn’t got the roles on a whim. They worked hard for it.

Years before entering the industry, JayR worked in the hospitality industry. In order to pursue their dream of making it big in the entertainment world, they moved to Canada in early 2017. Initially, they had gotten a few small roles back when they were living in Australia.

So far, their credits include Home and Away (2009), Rake (2016), Always Be My Maybe (2019), and more. They are also all set to star in the Apple TV series, Swan Song alongside two-times academy award-winner, Mahershala Ali and is directed by Benjamin Cleary.

How much is their net worth?

From their work in the industry, they have raked in a decent amount of money. It is reported their net worth is around $300,000. Their career in the entertainment industry has just begun so we’re sure their total fortune will increase in the future.

Who Is Callan Mulvey? Things You Should Know About Him