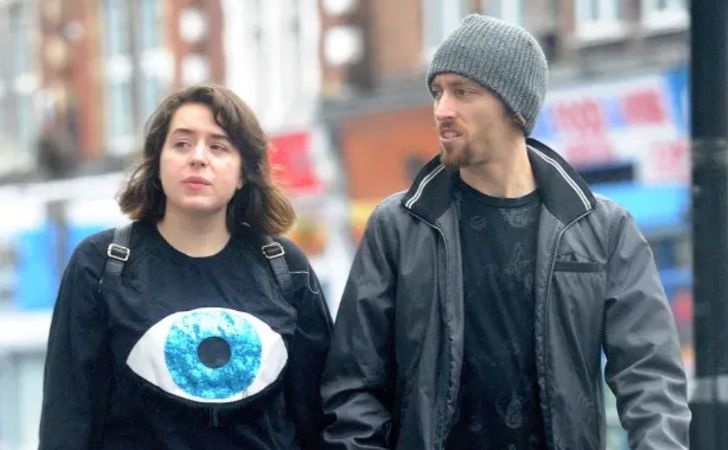 Max Parker is an IT consultant famed for his marriage with Isabella Jane Cruise, Tom Cruise’s adoptive daughter. His wife Isabella is a makeup artist, hairstylist, and businesswoman as well. Unlike her father, Bella is not into acting but rather pursues her passion in artistic works.

Well, Max has been married to his girlfriend turned wife Isabella for a while now and they share a great relationship as a couple. What’s more? In this article, we are going to explore everything including Max’s career, parents, and several other interesting details.

Max Parker was born in early 1990 in Croydon, United Kingdom. While he has not revealed much about her parents, his father is reportedly a test pilot at nearby Gatwick Airport, whereas her mother restores antiques.

Well, like any son, Parker shares a great relationship with both his mom and dad. In fact, after his marriage with Cruise, the two moved to Croydon, primarily to be near his parents.

Talking about his academics, he is an IT graduate.

The handsome hunk Max Parker is married to the member of Hollywood’s most high profile film family. He married Isabella Cruise, the adopted daughter of Tom Cruise and Nicole Kidman.

The couple tied the knot on September 18, 2015, in a very low profile wedding ceremony at London’s Dorchester Hotel. In fact, their nuptials was so low-profile that not even Bella’s famous parents were invited so as to not gather attention. Cruise’s brother Connor also avoided the ceremony for the same reason.

The most interesting thing is that their mother who was also present in London, but for professional reasons, was completely unaware of her daughter’s wedding.

Talking about the private wedding and the absence of Nicole in the event, one of the close source told Ney York Post,

The wedding was a Scientology ceremony. Nicole wasn’t there – she didn’t even know about it at all

Though Tom did not attend at her daughter’s big day, he did his bit by paying all the bills for the small but expensive ceremony.

Max Met His Now Wife Via a Mutual Friend

While the details are not specified, Max and Isabella met for the first through a mutual friend. Their first meeting dated back in 2014, and as unexpected as it may seem, the duo clicked right away.

Their first meeting soon turned into a love affair and eventually into a marriage. In fact, the couple moved on to making the decision to tie the knot in a span of less than a year.

Looks like the love birds made the right decision and are leading a beautiful marriage for a while now.

Parker Lives In Croydon With His Partner

Isabella and her husband lead a low-key life away from all the glitz and glamour. Despite being born in a big film family, Cruise does not seem to enjoy much media attention. Thus, just a couple of years after marriage, Parker and his new wife Isabella moved to Croydon, United Kingdom.

Around October 2017, the couple was seen shifting their home to a new property all by themselves. Also one of the reasons the two moved to the city was to be nearby Parker’s parents who also reside in the same city. Before moving to Croydon, Isabella reportedly lived in South Kensington.

Talking about Parker’s career, he is a successful IT consultant and leads a full-time career in the profession. Similarly, his wife Isabella is a makeup artist and hairstylist by profession.

In fact, she is all set to make her entry into movies as a professional make-up artist. Apart from this, she also recently launched a clothing line named BKC.

Along with selling different lines of clothing, she also has other products like mobile phone cases, bags, and several other products all featuring her artistic designs. Further, she also sells her paintings on her official website.

Inside The Life of Ashton Arbab; Things You Should Know About Him