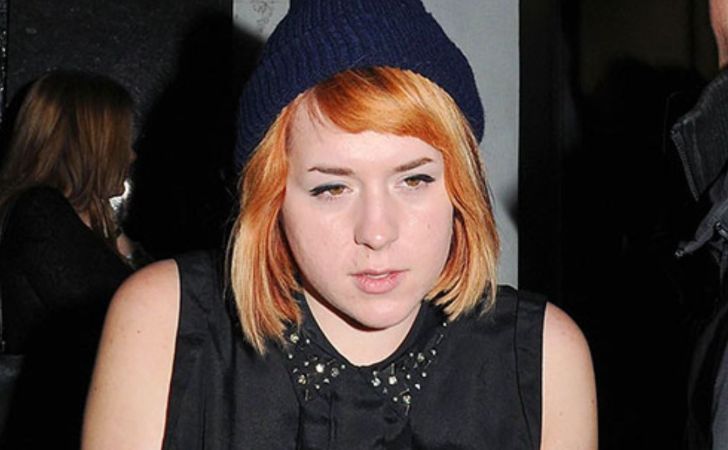 Well, how is Bella’s relationship with her parents? Besides, she also is a married woman. Who is her husband? In this article, we are going to reveal every fact about the famous star kid Isabella.

The beautiful Isabella Jane Cruise is the oldest child of actor Tom Cruise and Nicole Kidman. She was born on December 22, 1992, in a hospital in Miami, Florida.

Since her biological mother, who was also a Scientologist, already had two children and refused to keep her third child as she could not afford to raise her. Thereby, with her associations with the Church of Scientology, Tom Cruise, who also happened to be a devotee, adopted her. At the same time, Tom’s then-wife Nicole had suffered a miscarriage and had no kids despite two years of marriage.

Well, soon after the delivery of Isabelle, Tom and his wife Kidman adopted the baby girl, who was 9lb at the time of her birth. Talking about adopting their first child, Tom stated that he had not slept the first night and instead stayed awake watching the baby breathe.

Similarly, Nicole also shared her excitement about the new member of the family. Talking to the Desert Island Discs, she stated,

When I held Bella in my arms, that was the pregnancy, that was everything. I look into those eyes and that crazy love happens. It opens up a part of your heart you didn’t even know was there.

Talking about Isabella’s siblings, she two siblings. Her half-sister Suri Cruise was born from her father Tom’s relationship with his third wife Katie Holmes, an actress.

Likewise, she also has a half-brother Connor Cruise, who was also adopted by Tom. He was born on January 17, 1995. Well, Isabella shares a great relationship with both her siblings.

Like her parents, Isabella is also into movies but not as an actor but as a hairstylist and makeup artist. Owing to her artistic brain and love for makeup, Cruise pursues a career as a makeup artist and stylist.

She is a graduate of the renowned Delamar Academy of Make-up and Hair. For those who are unaware, the academy located at Ealing Studios, West London, has a portfolio of working for some big-budget movies, and music video for bands like Coldplay.

Well, the institution charges a minimum of $22,000 a year for a complete 22-weeks ‘Advanced Complete Make-Up Artist” course.

Prior to joining Delamar Academy, she studied art in London before completing a 12-month diploma in hairdressing at Vidal Sassoon Academy in central London.

As per the recent reports, Isabella is all set to pursue a career as a makeup artist in films as well.

She Has a Clothing Line Brand BKC

To everyone’s surprise, the beautiful Isabella has begun a new career in the fashion industry as a designer. The 28 years old just launched her clothing line brand named BKC.

Well, she doesn’t just sell clothes but has also leveraged her arts and drawing skills into a business. On the official website of her new brand, she not just focuses on clothes but also sells her drawings printed on mobile cases, bags, and her independent paintings as well. Not to mention, Isabell is not just an artist but a businesswoman as well.

Bella has been an artist her entire life. Her go-to medium is marker on paper with her inspiration for her artwork drawn largely from friends, fashion, and music. It has been a life-long dream of Bella’s to put her art onto clothing; her brand new t-shirt collection is the first glimpse in the realization of this dream, with many more to come in the near future.

To all those who didn’t know, Isabella is a married woman. She married her boyfriend turned husband Max Parker on September 18, 2015, at London’s Dorchester Hotel. Their wedding was a very closed ceremony with limited guests attending the ceremony.

The most interesting fact is that not even her parents were allowed to attend the wedding as Isabella reportedly did not want attention. Moreover, Isabella’s adoptive mother Nicole who was also in the city to prepare for her role in West End show Photograph 51, was reportedly completely unaware of her daughter’s wedding.

Not only her parents but none of Isabella’s siblings were present for the occasion, so as to keep the ceremony as low key as possible. Talking about the same, a close source to the family told New York Post,

The wedding was a Scientology ceremony. Nicole wasn’t there – she didn’t even know about it at all

Though Tom was not allowed to attend his daughter’s wedding, who shares the same faith as him in Scientology, he was more than happy to pay all the bills for the low-key but expensive wedding ceremony.

How Did Cruise And Max Meet?

This is an obvious question that comes with every love story. Well, Isabella and Max, the couple reportedly met for the first time in around 2014, via a mutual friend.

Right at the first meeting, the couple clicked, and in less than a year of dating, the duo took the decision to walk down the aisle.

It is unlikely to see star kids like Isabella lead a life away from the limelight. But looks like she has a different taste. Post her marriage with Max, the two have moved to Croydon, into a low-key property.

The couple shifted to the city in October of 2017 and were seen unloading their car all by themself. Just for a fact, the average price of a property in Croydon ranges around £485k. Prior to moving to Croydon, she reportedly lived in South Kensington.

Who is Isabella’s Husband Max Parker?

Talking about Isabella’s husband Max, he is an IT consultant by profession. Talking about his parents, his father is a test pilot at nearby Gatwick Airport. Likewise, his mom restores antiques.

There are popular rumors that Isabella does not share a good relationship with her parents, especially her mother Nicole. The speculation was filed after their absence at her wedding in 2015.

Of course, we talk, they’re my parents, anyone who says otherwise is “full of s–t.

Talking about her parents, Tom and his wife Nicole were married in 1990. But after almost 11 years of marriage, they divorced in 2001.