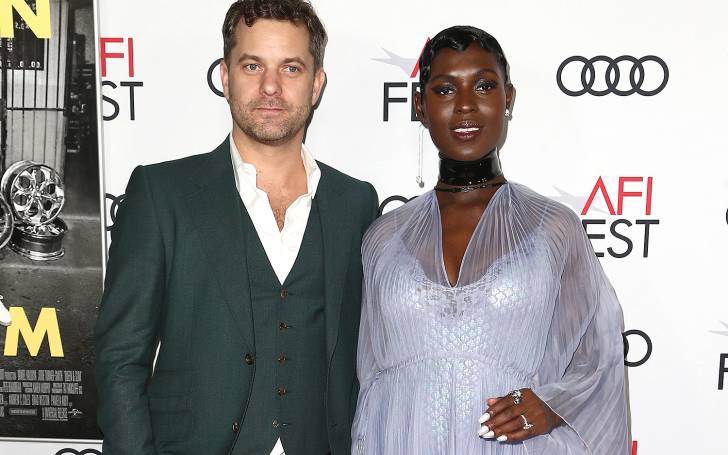 Besides, since going out, Joshua and Jodie quickly became a fan-favorite interracial couple. There are rumors that the duo has already tied the knot in secret but both of them are yet to speak on the matter.

Today let’s take a close look at their relationship and find out more!

Has Joshua Jackson turned Jodie Turner-Smith into a wife?

This question has been plaguing the internet since the duo started going out. Still, the answer is fairly complicated, till now. Though numerous tabloids have somehow confirmed their marriage, the duo is yet to come forward with the official statement.

At first, rumors about their alleged marriage came after they got a marriage license back in August 2019. At the time, Joshua, joined by his girlfriend and mum, picked up the license from a courthouse in Beverly Hills. The license remains valid for only 90-days.

Subsequently, a few months later in November, they hit the red carpet at the premiere of Queen & Slim during the AFI FEST. In the event, onlookers spotted both of them donning rings on their wedding fingers.

British model, Turner-Smith wore a marquise-cut ring, whereas, her beau had a gold brushed three-band ring. Till now,

Besides, in a sit down with the Sunday Times on Feb 2020, Jodie vividly opened up about her personal life. She also gave her thoughts on speculations pertaining to their wedding.

While giving a little hint on the matter, she stated, “I haven’t said to anybody, “Yeah, we got married.” People are assuming whatever they want, but when people tell me “Congratulations”, I say “Thank you”.”

In April, a rep for Joshua and Jodie announced they have welcomed a daughter. The rep told both mother and the kid to be happy and healthy.

The lovebirds named their firstborn, Janie Jackson. In May, Joshua shared a rare glimpse of his daughter in a long post he shared on Instagram. In the post, he paid respect to the woman who made him a father.

Initially, the news about the pregnancy came in December 2019. Joshua first came to know about Jodie’s pregnancy whilst filming “Little Fires Everywhere.” In the movie, he starred alongside Reese Whitherspoon and Kerry Washington.

Both of his co-stars Reese and Kerry are parents who successfully juggle between their career and personal life. After finding out he is going to be a father, Reese and Kerry stepped up and gave the couple some vital parenting tips.

Jodie talked about raising kids: ‘Don’t want to raise them in the US’

In the same interview with the Sunday Times, when asked regarding her plans for raising her kids in the US, she said,

“The racial dynamics over here are fraught. White supremacy is overt. It’s the reason I don’t want to raise my kids here. I don’t want my kids to grow up doing active shooter drills at school.”

She also maintains nurturing her children in the UK is out of the question as well. “England has gone off the rails,” she said. So where is she planning to raise her kids if not in the US?

She also mentioned how both the White and Black communities in the US are unaccepting of interracial couples.

Despite the challenges, the love birds insist on moving forward. Jodie explains how she pays no heed to all the negativity, especially from the black community for being in a relationship with a white man.

How and when did Joshua and Jodie first start dating?

It was in October of 2018 when the couple first came across each other. They were attending rapper Usher’s 40th birthday party. Onlookers at the party revealed Jodie and Joshua were getting all handsy with each other.

Around a month later, the lovebirds spent had alone time in the South American country, Nicaragua. However, both of them refrained from sharing pictures together on social media.

Joshua added a picture on his personal account and likewise, Jodie too shared a picture on her own. Their pictures featured a similar background and the same swimming pool.

Joshua also celebrated his 41st birthday with Jodie. This further solidified their romance rumors. Then after months of rumors, they made their relationship official at the premiere of Queen & Slim.

Joshua had a high-profile relationship with Diane Kruger from 2006 to 2016. While the former flames were dating, they quickly became one of the most iconic couples.

Regardless of their long-term commitment, they never planned to get married. In an interview with Glamour back in 2014, Jackson maintained that the reason behind why they haven’t tied the knot is because he doesn’t take marriage at face value.

He further added, “I don’t feel any more or less committed to Diane for not having stood in front of a priest and had a giant party.”

Before Diane, he was in a relationship with his Dawson Creek co-star, Katie Holmes. They dated when the first season started and called it quits after the end of season 2.

List of Joshua Jackson Girlfriend: All The Detail About His Love Life