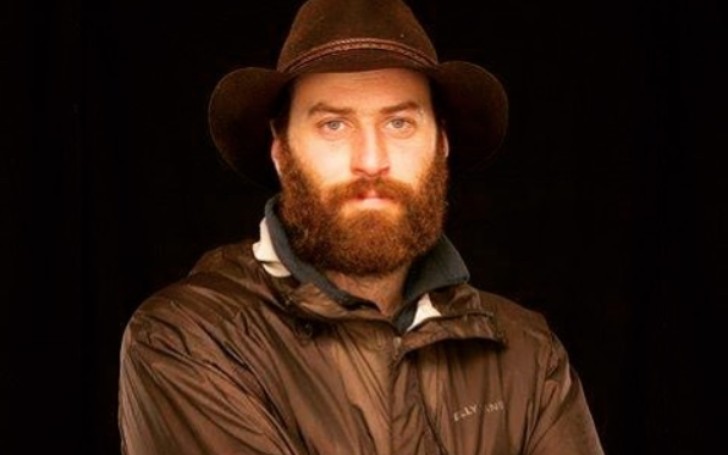 The Raneys from Alaska has been entertaining us through the series, Homestead Rescue. The father, daughter, and son trio rescues numerous homes across Alaska. Today we’re going to talk about one of the key members, Matt Raney.

The master hunter is quite efficient when it comes to his job. Likewise, his personal life is also something he takes really good care of. He and his wife are in a marital bond for a few years. Does the pair share children?

Let’s find out the answer to that question alongside other interesting facts about Matt.

Born and raised in Anchorage, Alaska, Matt is the son of Marty Raney and his wife, Mollee Roestel Raney. He is the youngest of the Raney brood. His father Marty is a stonemason, hunter, a mountain guide, and a singer. Meanwhile, his mom is a housewife.

This has been shown in a couple episodes! Guess which one is me? #homesteadrescue

Matthew belongs to Caucasian ethnicity and has Scottish ancestry. As far as his nationality is concerned, he is an American. As of 2020, he is in his 30s.

Matt along with his sister Misty and father Marty is famous for their apperance in the show, Homestead Rescue. The majority of the skills Matt showcases in the show are all learned by his years of experience at the remote location of Wasilla.

While growing up, Matt looked up to his dad and learned the essential skills to survive in the harsh climate of Alaska. This is how he became an exceptional hunter.

Matthew is the youngest among the four. The eldest is Melanee, who was born in Whitehorse, Yukon because of which her nationality is Canadian. The second one is Miles and the third is Misty Raney, both of them were born in Sitka, Alaska. Misty is happily married to her husband Maciah Bilodeau and shares one child with him.

All four of them are close to each other, but they rarely appear together. His sister, Misty is a carpenter and farmer who is often responsible for small-scale construction projects in the show, Homestead Rescue.

Matt is the best hunter among the Raneys

The majority of the family knows how to hunt and gather food to survive in the extreme wilderness of Alaska. However, Matt is the best of them all.

He is so great at hunting that in the year 2015 alone he gathered 1000 pounds of fish, Moose, Caribou, and Sheep. All of the meat is shared among the family. They generally hunt in a single season and fetch food that will last the entire Alaskan Winter.

Matt especially hunts large games with the help of pack mules, the best all-terrain vehicle you can have in Alaska. Growing up, he worked a lot at his Aunt and Uncle’s farm and learned the skill to farm at a rough place like Alaska.

Matt’s is the heir to the Homestead Business

Yes, you heard it right folks, after Marty, it is Matt on the helms. He is already helping the family business Alaska Stone and Log, grow as whenever he is not shooting for the reality show, he is busy building homesteads.

Aside from his association with the show, Matt also worked as an Associate Producer at Pilgrims Productions for four months in 2015. In addition, Matt once had a stint in the United States Military as well.

As far as his education is concerned, the man is a high school graduate.

Matt Raney is married and a father of one son

Matt’s happy life wouldn’t be considered happy without the mention of his wife, Katie Raney. The pair has been married since May 2nd, 2016. While talking about the nuptials, it was an extravagant affair. Both sides of the family were in attendance alongside many friends.

As for the wedding dress, Katie looked radiant in a white gown with a long train. She also had flowers on her hair. On the other hand, Matt was handsome as hell in a greyish suit.

The pair is together for around five-years. We are sure Matt’s marriage will last as long as his parents.

Quarantine ski, it’s been snowing and no one is on the slopes. Fresh air and exercise are part of “flattening the curve” #homesteadrrscue

Aside from themselves, there is one another member in the Raney house. Yes, the lovebird is a proud parent of one son. Though not much detail about their child is known, all we can say is they are living a blessed life.

It is for sure that Matt will also teach his son how to hunt in the untamed wilderness of Alaska.

How much is Matt Raney’s net worth?

As of 2020, Matt’s net worth is around $1 million. His total fortune is sure to rise in the next couple of years as he is the next in line to overtake his family’s business.

In addition, his other source of income is from his apperance in the show, Homestead Rescue.

Besides, Matt along with his wife and kid lives near Marty Raney’s house.