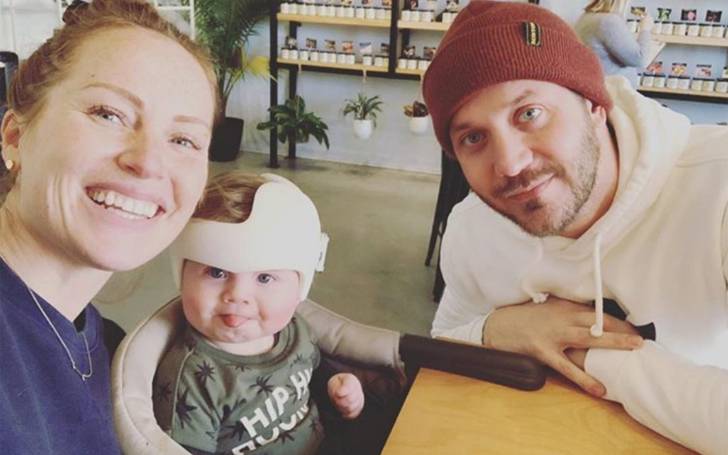 Mina is not only a renovation expert but also an author, a store owner, and many other things. Moreover, she is also handling her life as a mother and a wife pretty well as well.

Today in this article let’s take a closer look at her life. We’re going to lay out interesting facts about the actress.

Mina Starsiak is a Hoosier by heart

Mina Nicole Starsiak was born on 26th November 1987 in Indianapolis, Indiana. She is the daughter of Karen Laine and Casey Starsiak. Reports suggest her parents separated several years after her birth.

Mina belongs to the Caucasian ethnicity and has European roots. She grew up in Indianapolis and finished her formal education in the state. She studied at Indiana University Bloomington. At the college, she graduated with a bachelor’s degree in business or sociology in 2009.

She has two biological brothers William and CR. All three of them share an intimate relationship with each other. Although Mina rarely ever shares photos with her siblings, we can say for certain they enjoy a pretty rock-solid bond.

Mina’s relationship with her siblings can be seen by the fact that she took care of her niece for nine months. This happened back in 2017 when Mina’s sister was going through troubled times in her life.

In an interview with PEOPLE magazine, Mina explained how caring for her niece was life-changing. She said, “I think everyone likes me better now that I had Julie, my ‘Juju Bean. I can be somewhat cold, but when you have a kid, you just can’t be.”

Aside from her biological siblings, she has a couple of half-siblings as well, two from her father’s side and one from her mother’s side. Her father welcomed one son Tad Starsiak and a daughter named Jess with his second marriage to Cheryl.

On the other hand, her mother Karen is a mother of one daughter from her marriage with Randy. Unfortunately, Mina’s stepfather Randy has been diagnosed with cancer.

Both of Mina’s parents’ got re-married after the divorce

After their separation, Mina’s mom and dad exchanged vows once again but with different people. While her father married a woman named Cheryl her mother shared wedding vows with a guy named Randy.

Despite their divorce, both of Mina’s parents are still close to each other. They raised their three kids with lots of love and affection. Although the pair got separated when their kids were teenagers, they made absolutely sure to be present in their life.

Mina Starsiak married life: Who is her husband?

She is happily married to her husband Steve Hawk. The pair exchanged vows on June 11, 2016, in a small ceremony surrounded by friends and family. The nuptials took place in Indianapolis, Indiana. In the ceremony, the duo opted for 400 donuts instead of a wedding cake.

Since marrying, their relationship has been getting better with time. She shares a lot of photos with her husband on her Instagram account. Their intimacy clearly depicts they are exceptionally close to each other.

Mina Starsiak and Steve Hawk: How did it all begin?

It was back in 2013 when the pair first met. They met through Facebook. In an interview with Country Living, the couple revealed that they had connected through mutual friends on the social media platform. At first, it was Mina who saw Steve on one of her friends’ Facebook accounts. Upon seeing Steve, she thought he was ‘stunningly handsome.’

After their little virtual meeting, they first met in real life at a baseball game. However, the date wasn’t like what Mina had expected. During the entire game, he didn’t pay enough attention to her. On top of that, his friends even hit on her.

Thankfully, she gave him another chance, and fortunately, this time around Steve didn’t blow it out. Eventually, the pair started dating officially and got engaged in March 2015.

How many children does the pair share? Mina’s journey towards Parenthood

The couple is a proud parent of two beautiful children, one girl, and one boy. They welcomed their first child Jack Richard Hawk on August 9th, 2018. At the time of her first child’s birth, Mina explained how quickly she became pregnant and told PEOPLE, “I got pregnant almost immediately after getting off birth control.”

Unfortunately, the next one wasn’t so easy for Mina. Just a couple of months after the birth of their first child, they started trying for another baby. Sadly, she failed to do so. After trying again and again, the couple finally decided to go to the doctor.

The report brings forth bad news for the Hawks. According to the report, her ng/mL level was 0.25, which is quite lower than the normal range of 1.5 to 4. The news was a devastating blow for the pair, especially for Mina. She desperately wanted to have a baby and all hope was lost. Moreover, the doctor even told her that the chances of her being pregnant were only 1 percent.

In desperation, the couple went through fertility treatments. Despite all the challenges, the pair remained positive. By sheer luck, the couple decided to take a second option, and it all worked out. She became pregnant with her second child, a daughter named Charlotte Drew Hawk in September 2020.