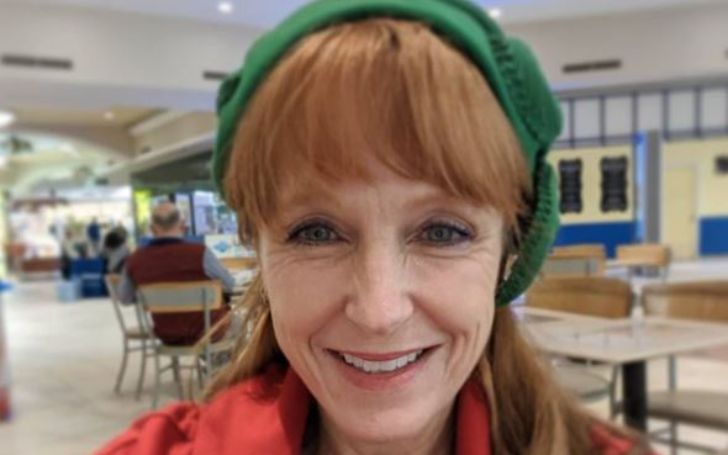 Karen Laine is an American reality star who is famous for her role in the series, Good Bones. She features in the show alongside her daughter, Mina Starsiak. The mother-daughter duo has been gracing the screen for several years now.

Besides, there are a lot of untold facts regarding Mina Starsiak’s mother Karen. For instance, many of you might not know that Karen also worked as a lawyer for some time.

Let’s dig out some interesting facts about Karen in this article today. We will discuss her failed relationships, family life, professional life, and more!

Who is Karen Laine? Her Lifestory

She was born on October 8th, 1962, in Indiana. Karen E Laine belongs to the American nationality and has Caucasian ethnicity. She belongs to Northern European ancestry.

There’s not a whole lot of information regarding Karen’s siblings. She is an incredibly private person because of which she rarely ever shares stuff about her family.

Laine spent the major part of her childhood in Richmond. This is also where she finished up her formal education as well.

After finishing up her high school education, she joined the Indiana University School of Law. From college, she graduated with a specialization in JD (Juris Doctor) law. She joined the university in the year 1988 and graduated in 1992.

Upon finishing up her education, she instantly started her career as a lawyer.

Karen worked as a lawyer for several years

Apart from that she also joined the law firm, Jensen Law back in 2013 as an attorney. Her career as an attorney lasted for around two decades.

Karen E Laine is famous for her work in the HGTV show, Two Chicks and a Hammer

In 2014, High Noon Entertainment founded the company, Two Chicks and a Hammer. Their company is solely focused on the revitalization of their neighborhood in Fountain Square, Bates Hendrick, and other surrounding areas.

Initially, the mother-daughter duo of Karen and Mina started rehabbing homes in the year 2007. Their first project together was the house that Mina purchased right after graduating from Indiana University. Both of them tore down the house from the ground up and renovated it to their liking and this is how they found their love for home renovation.

In the beginning, Karen and Mina were still working as full-time employees in their respective careers because of which they were able to renovate a couple of houses in a year. Their hard work paid off when HGTV picked up their show.

Karen Laine has a big family: She has been married twice

Karen was once first married to Casey Starsiak, Mina’s father. The exact date when did they marry isn’t known. Her ex-husband, Casey is an orthopedic surgeon based in Indianapolis, Greenwood. From their marriage, the couple welcomed three children, two boys, William and CR, and a girl, Mina.

Karen and her husband Casey were together for a long time, however, things didn’t work out the way it supposed to and they decided to call it quits. Although we don’t know the exact date when did their divorce finalized, one thing we can say for certain is that they divorced when their kids were in their teens.

Despite their separation, the couple remained amicable and took care of their children with care. This is why the family of five still shares an incredible relationship with each other.

Upon her divorce from Casey, Laine found love once again. She married a guy named Randy. The couple became a parent of one daughter named Cheryl. Sadly, her second marriage didn’t work out either and they divorced soon.

After her second failed marriage, she didn’t stop looking for love. Laine eventually found love in a guy named Mick, however, that didn’t work out as well and they soon went their separate ways.

As of now, she is married to a guy named Roger Jensen. She has not revealed when they tied the knot. She first started sharing pictures with Roger in 2017.

Further, Karen doesn’t share any children with Roger. That being said, they are exceptional parents to Karen’s kids from her past marriages.

Karen retired from showbiz in 2019

Her entertainment career ended in the year 2019. She first announced the sad news to the Good Bones fandom in September 2019. It was her daughter Mina who first revealed the news. She maintained that her mom wants to prioritize her personal life from now on.

Well, the decision certainly saddened many fans but it was for the better. We all know how important is family and in the midst of earning a big name in showbiz, many people tend to forget about it.

But not Karen, she even left her burgeoning career just for the sake of her family and we all appreciate that. She is living a great life with her kids, husband, and grandkids. She often shares a lot of photos with her grandchildren.

How much is Karen Laine’ net worth?

She was active in the restoration business for a long time and surely has earned quite a lot of fortune from her career. According to RealityTitbit, her net worth is around $1.5 million.

Her work as a reality TV star certainly boosted her overall wealth. But before becoming a star, she was a lawyer so she must have earned a handful of money from her previous work as well.