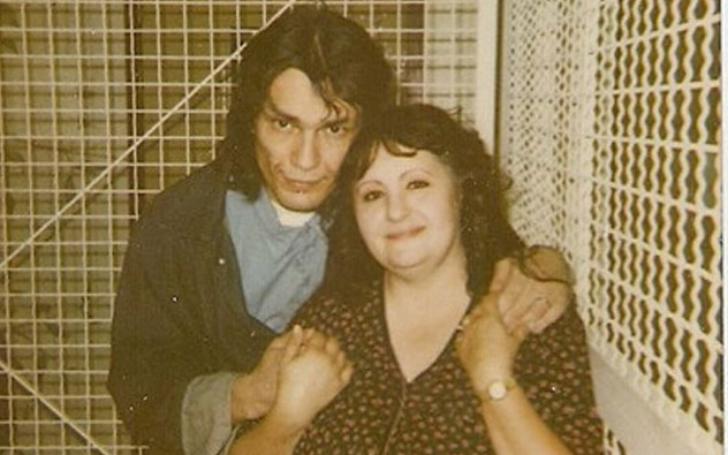 Doreen Lioy is famous among many as the wife of notorious serial killer Richard Ramirez. The pair’s love story is something that many people find extraordinary. After all, falling in love with a killer is really something.

Nevertheless, the duo’s relationship has ended after Richard’s death in 2013. Since then, many are curious to know what is Doreen up to these days. Is Lioy in a new relationship with someone?

Today we’re going to find out all the answers about Doreen’s life with Richard and how their love story turned out.

When you become famous and that too after marrying a notorious criminal then surely you wouldn’t want any meddling in your personal life. Similarly, Doreen too became a sensation for her relationship with one of America’s worst criminals in history, the ‘Night Stalker’ aka Richard Ramirez.

While she was married to Richard, Doreen remained in the public eye. However, several years after her relationship with Richard broke, she completely vanished from the radar.

Still, we do know as of 2022, Doreen is living in Richmond, California. She lives a rather secluded life and so far, there is little to no information regarding her current information. It is highly plausible that she is still involved in her freelance editing career.

Doreen Ann Lioy was born in 1955, in California. There is not much information about her parents available on the internet. She grew up in the state of California, moving often from San Quentin to San Rafael to Richmond.

As far as her ethnicity is concerned, Doreen is Caucasian and has Scottish origin. In addition, she belongs to the white race. On the other hand, her ex-husband Richard belonged to the Hispanic ethnicity.

Talking about her relationship with her parents, Doreen was reportedly disowned by them after she married Richard. Many of her close friends and family members cut their ties with Doreen.

What Does Doreen Lioy Do As A Professional?

As we mentioned above, Doreen remains secretive about her personal life because of which her current profession is not known. However, we do now about her past career.

At the time when she met Richard, Doreen used to work as a journalist. Back then, Doreen was one of the most prolific journalists. Aside from that, she also worked as a magazine editor.

Moreover, Doreen also appeared as herself in the documentary, “THS Investigates” Love Behind Bars.

Doreen Lioy Fell For Richard Ramirez After Seeing Him On TV

We’re sure many of you are really curious to know how in the hell this love story was initiated. Well, the answer might surprise you. It was Doreen who approached Richard, the son of factory worker Mercedes Ramirez. Let us tell you how it all began.

Back in the 1980s when Richard was facing his trial, Doreen became instantly smitten by this devilishly handsome serial killer. She developed a major crush on Richard after seeing his mug shot on live TV. In an interview with the Los Angeles Times, she mentioned falling in love with his vulnerability.

By 1985, Doreen had started writing letters to the man of her dreams. Over the course of a few years, Doreen sent 75 long love letters in prison.

They Married After Dating For Years

Their old-school love story continued on for a decade before eventually Richard also fell in love with Doreen. Apparently, he was attracted to her all because she told him that she was a virgin.

After falling in love with each other through the prison plexiglass the duo wedded on October 3rd, 1996, inside the San Quentin state prison. Authorities had allowed them to touch which helped them create a deeper bond.

Initially, Richard proposed to his lover in 1988, subsequently eliminating all the girls who were dying to be in a relationship with him. As for the ring, Doreen bought a gold ring for herself while platinum for Richard as he had once told her that ‘Satanists don’t wear gold.’

Doreen was truly in love with her husband and even visited him four times a week. She was often the first in line to meet Ramirez.

Besides, Doreen was often judged for her choice of men but she never cared. In the same interview with the LA Times, when asked about her strange spouse selection, Doreen rolled her eyes and said, “Hometown girl makes bad.” In an interview, she also said that she never see the evil in him.

Doreen Lioy Had Divorced Richard Before His Death

The exact date when the pair divorced is not known but we’re certain that they divorced before Richard died. At the beginning of her relationship with Richard, Doreen claimed she will commit suicide if her husband will die, but it seems she swallowed her own words.

What’s more intriguing is that after Richard’s death no one was there to claim his body. His niece, Shelly Ramirez, told Daily Beast that even after several weeks after his death, no one has come to take care of his dead body. This somehow implies Doreen and Richard had separated way before his passing.

According to many tabloids, they went their separate ways sometime around the year 2010. Regardless, an article by the New York Times in which they announced Richard’s death stated Doreen as his wife.

In June 2013, the authorities from the San Quentin State Prison announced that Richard had died. At first, they didn’t mention his cause of death. Later on, we found out that Richard succumbed to B-cell lymphoma.

Before his death, Richard spent 23 years in prison. Upon his death, neither Doreen nor his family members claimed his body. The authorities later cremated him.