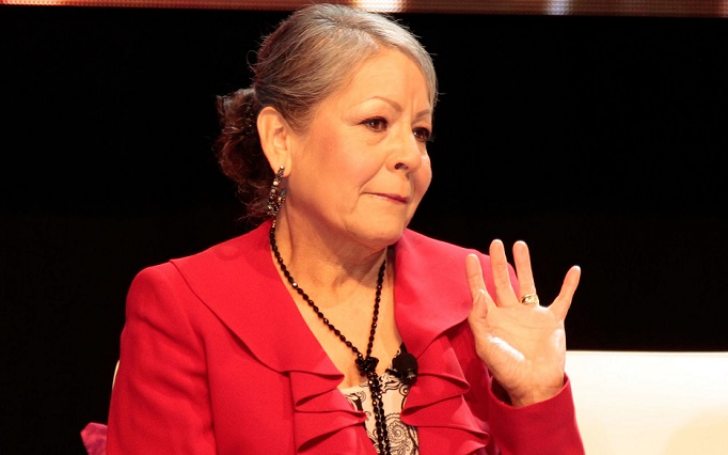 Marcella Samora is the mother of one of the late commercially successful and influential Latin singers of all time, Selena. Her daughter was killed by her own former manager at 23.

Additionally, Samora shares two other children with her husband Abraham Quintanilla; both of them are involved in an entertainment business. Talking about her married life with Abraham, the couple is sharing a wonderful marital relationship for over a half-century.

The article will also include many other unknown details of Marcella!

Where is Marcella Samora from? Her Parents and Ethnical Background

Samora was born on 17th July 1944, in Washington, United States. Her father was from Amarillo and her mom was from Southern Colorado. She has a brother named Henry.

Talking about her ethnicity, Marcella is a Mexican-American and a Cherokee Indian. She belongs to American nationality.

What Does Selena’s Mother Marcella Samora Do?

Marcella is the director and VP of the company Q Productions, INC, in Corpus Christi, Texas. She runs it along with her husband who serves as a president and director for the company.

Besides, Samora is one of the board members of the Selena Foundation. It was formed shortly after Selena’s death in May 1995 to help the needy child to accomplish their primary education and live a respectful life.

Selena who considered the “Queen of Tejano music” was at the peak of her popularity when the artist was shot out and killed by her friend and the former manager of her Selena Etc. boutiques, Yolanda Saldivar. She tragically died just 16-days before her 24th birthday.

Born and raised in Lake Jackson, Texas, Selena was interested in music from an early age and formed the American Tejano band named Selena y Los Dinos in 1981 along with her father Abraham. The band also includes her two siblings.

In the subsequent years, the renowned singer gained widespread fame with a number of major hit albums and singles.

Her third recording studio album Entre a Mi Mundo, released in 1992 reached the No.1 on the US Billboard Regional Mexican Albums. Despite her tremendous success and career growth within a short amount of time, it was all for naught as the singer passed away at the mere age of 23.

In addition, at the time, Selena was married to her longtime boyfriend Chris Perez. Her husband was also heavily affected by the death of his wife, resulting in alcoholic habits and many other major personal problems.

One of the greatest guitarists of all time, Perez then moved on with Vanessa Villanueva. The couple tied the knot in 2001. However, their relationship couldn’t be last long and they separated in 2008. They shared two adorable kids; a daughter named Cassie Perez and a son Noah Perez.

Two years after the artist’s murder, the biographical musical drama Selena was released, highlighting the exponential career growth of Tejano music star and her tragic murder by her own manager. In the movie, the actress Constance Marie played her mother Marcella’s role.

Furthermore, the Netflix series ‘Selena: The Series’ depicts the story of Selena’s life. Also, in the series, the role of Samora is played by Seidy López.

Marcella Samora’s marriage with Abraham Quintanilla: How did they first meet?

The couple tied the knot on 8th June 1963, in a private wedding ceremony attended by their families and close friends. Despite the family tragedy the iconic couple faced in the past, their relationship is still going so strong.

Venessa first came across her hubby when Abraham was stationed in Fort Lewis, Washington during his time in the military. And the couple dated for some time before they tied the knot.

Who is Her Husband Abraham Quintanilla?

Marcella’s spouse Abraham, before joining the United States Armed Force, was a part of a musical act Los Dinos. He left the group for a few years in order to join the military force but again rejoined the group following his return from the force. They used to perform American pop and rock and roll at a number of well-known local clubs and many other events.

Nevertheless, the band was dissolved in 1974.

The Couple Has Two Other Children

In addition to their late younger daughter Selena, Marcella and Abraham are blessed with two kids. They welcomed their first child, a daughter Suzette Michelle, on 29th June 1967.

Samora gave birth to her second child, a son A. B. Quintanilla, on December 13, 1963. He is a record producer and a musician.

Don’t Miss: All about A. B. Quintanilla’ ex-wife Rikkie Leigh Robertson

Some strange events happened before Samora gave birth to her third child at Freeport Community Hospital, in April 1971. Sometimes a year ago in 1970, when Marcella and her husband went to the hospital for a check-up, the doctor told her that she was diagnosed with a tumor and it needed to be removed.

But, in the second check-up, the other doctor told that Marcella was expecting a child. Samora and her hubby thought that their third child would be a boy and the couple even had chosen the name of their unborn baby, Marc Antony. But, instead of that, a little girl arrived at the end. The moniker Selena was inspired by a woman who shared the room with Marcella.

What is Marcella Samora’s Net Worth?

Samora’s fortune is $500,000 as of 2021. She has racked such a good amount of money from her various works. In the meantime, her late daughter Selena had a net worth of $5 million at the time of her death.