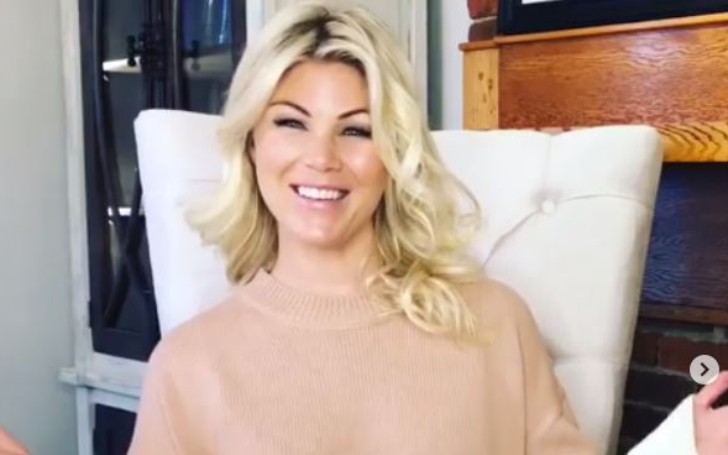 Marabeth Hough is an American realtor and singer-songwriter. She gained media prominence being the older sister of dancers Derek and Julianne Hough. Apart from them, Marabeth has two other siblings.

Unlike her famous brother and sister, Marabeth is not a dancer. She is a realtor based in Nashville, TN. Along with her successful career, Marabeth leads a great personal life. She is happily married and is the mother of one child.

In this article, we’re going to list out all the interesting facts you need to know about Marabeth Hough.

Who is Marabeth Hough? Her Early Life

When a person from your family makes a big name in showbiz, fans will definitely look out for you. Similar is the case for Marabeth who has become a subject of curiosity since Julianne and Derek made it big.

Now, talking about the star sibling, Marabeth was born on November 26th, 1980, in Utah, the United States. She is the second of five children between Bruce and Mariann Hough. Brude is a famous name in the state of Utah, having been the chairman of the Utah Republic Party two times.

Unfortunately, Bruce and Mariann divorced decades ago. However, they remained amicable for the sake of their kids.

Meanwhile, after divorcing Bruce, Mariann went on to re-marry. Her second husband is quite close with her five kids and they also give him the same level of respect as they do to their dad. Likewise, Bruce also re-married to a woman named Debra Hough.

After her parents divorced, Marabeth spent the major portion of her in Utah. She studied high school at the Bingham High School in South Jordan, Utah.

Marabeth grew up in a big family of seven

The Hough family matriarch Mariann first gave birth to the eldest of the brood, Sharee Hough on 22nd July 1977. After her, Marabeth came into this world, followed by another daughter named Katherine, born on June 9th, 1983.

After three girls, a baby boy came into this world, Derek Hough, born May 17th, 1985. Subsequently, Bruce and Mariann welcomed their fifth and last child, Julianne on July 20, 1988.

All five of the Hough siblings are quite tight with each other. All of them enjoy a successful personal and professional life. Whenever there’s festival season, the Hough family comes together to celebrate.

What does Marabeth Hough do for a living?

Unlike her famous siblings, Derek and Julianne who are world-renowned dancers, Marabeth has a different profession. She is a realtor based in the Middle Tennessee area. At the moment, she works at Parks Realty, a luxury real estate company. At Parks, she works alongside Lisa Culp Taylor and five other people, and together they are the part of LCT Team.

Besides, Marabeth has been active in the real estate industry for several years. Prior to working at Parks, she was a realtor for King’s Chapel Realty. Additionally, she also worked at Keller Williams Real Estate.

Going through her social media profiles, we can tell Beth is quite passionate about her work. She is usually posting about all the latest and greatest real estate around the Tennessee area. Her work is going absolutely well as in the year 2020 alone, she sold over twenty houses.

Her younger brother Derek and sister Julianne are renowned dancers

From her childhood, both Derek and Julianne were quite into dancing. After all, it runs in their blood. Both sets of their grand-parents were professional dancers. When their mom and dad were on the verge of a divorce, they sent both of them to London to stay and study dancing with Corky and Shirley Ballas. In many interviews, Julianne has often called them her parents.

Both Derek and Julianne gained huge recognization from their appearance as professional dancers in the ABC dancing reality show, Dancing with the Stars. While Derek has won the game show, a record six-times with his celebrity partner, Julianne won the trophy two times. Furthermore, both of them are a recipient of Primetime Emmy Award.

Fun fact, both of them have also appeared in the first Harry Potter movie, Harry Potter and the Philosopher’s Stone as extras. In recent years, they have made quite a few appearances in movies and series.

She is married and is a mother of one

Along with an absolutely smashing career, Marabeth enjoys a great marital life. She has been married to her husband, Michael Poole since September 7th, 2002. The pair started dating a few years ago before their marriage. They wed in an intimate ceremony surrounded by their loved ones.

Marabeth and Michael both openly express their love for each other on their respective social media. Whenever there are events like mother’s or father’s day or their anniversary, they make sure to write about their love for one another. A mark of true love!

Moreover, the lovebirds are also a parent of one son, Aiden Poole, born September 28th, 2004. The proud momma and papa have made sure their boy gets all the love he needs. Though Aiden has everything an average person dreams of, his parents have made sure that he remains humble.

Marabeth enjoys a lavish life with her husband and son. Being a realtor, she earns a considerable amount of money in a year. On the other hand, her husband is also a successful businessman. Safe to say, her net worth is around $3 million.