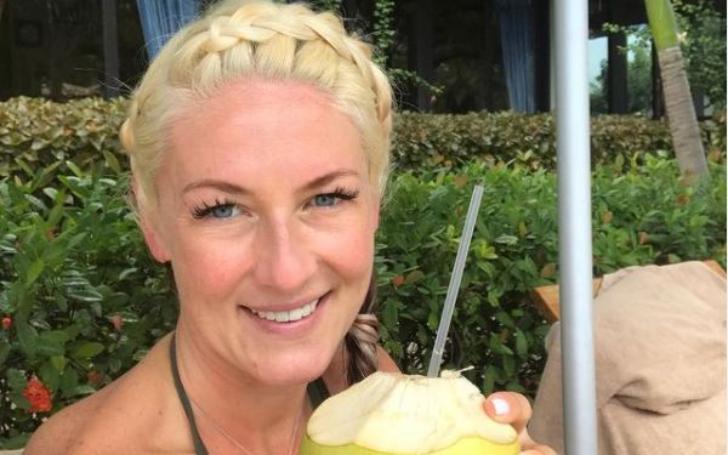 Sharee Hough is the oldest of the Hough siblings. Her youngest two siblings, Derek and Julianne Hough are world-renowned dancers. Ever since both of them gained fame, the full Hough family became famous, especially the siblings.

Unlike her famous siblings, Sharee isn’t a dancer. She has chosen a different path and is doing great in her career. Moreover, she also relishes a delightful marriage life with her husband and kids.

Today let us find out some interesting facts about the oldest of the Hough brother and sisters.

Sharee Hough grew up in a big household

She was born Sharee Rene Hough on 22nd July 1977, in the state of Utah, the United States. She is the first daughter between former couples, Mariann and Bruce Hough. Her father is a prominent member of the Utah Republican Party and a two-time chairman of the party.

Her mom and dad brought her up with all four of her siblings in Utah. Sharee graduated from a local high school in Utah.

When Sharee was in her late teens, her mom and dad decided to divorce. After their divorce, Sharee and her siblings moved to Las Vegas in 1999 and spent their formative years with their mum and step-dad. Some times later, Mariann and Bruce sent their youngest kids, Derek and Julianne, to England where they learned dancing.

Both Bruce and Marianna are now re-married and the best part is, all five of Hough’s kids share a great bond with their step-dad, Aaron Nelson, and step-mom, Debra Hough. Julianne often expresses her love for her stepmom and dad through her social media handle.

She has four siblings

After Sharee came into this world, her mom and dad welcomed Marabeth Hough on November 26th, 1980, followed by Katherine Hough, born June 9th, 1983. Sharee’s only brother Derek came dancing into this world on May 17th, 1985. The youngest and probably the most famous Julianne was born on July 20th, 1988.

All five of them are incredibly close to each other. Whenever there’s any festival or big event, they come together and celebrate it in a pretty lavish way.

Aside from her four biological siblings, she also has four step-siblings from her mother Mariann’s side. When Mariann married financial consultant Aaron, she also blended his four kids from a previous relationship into hers making it eleven.

Sharee is a fitness expert

Unlike her younger brother and sister who are big-time dancers, Sharee is a fitness instructor/personal trainer. She regularly preaches about physical and mental health to her followers and clients via her social media account. She is based in Nashville, Tennessee.

Although she isn’t a professional dancer like her siblings, she still knows many hot moves. For instance, whenever the Hough siblings gather, all of them dance together and break out many dance moves.

Well, no surprises here as the dancing gene runs in their blood. Their grandparents from both sides were professional dancers.

In addition to her career as a fitness instructor, Sharee is also a realtor, though part-time at that.

She is happily married to her second husband

Sharee enjoys a blissful marital life with her husband Mark Selman. They exchanged vows in September 2018 in a rather intimate wedding ceremony surrounded by their loved ones. Initially, the duo had gotten engaged a few months prior in February 2018.

The pair is totally head over heels for one another. They share a lot of photos together on many occasions, be it their wedding anniversary or birthday or any random holiday to an exotic place. What’s more, despite being a parent, they often take out personal time for each other which is basically the main essence of their relationship.

Talking about kids, Sharee is a mother of six kids in total Willow, Skye, Star, Paris, Bronson, and Quaid with her former husband, Randall Wise. On the other hand, Mark too has three kids from his past relationship, Kenzie, Lexe, and Colby.

Even though Mark is the step-dad of her kids, he loves them like his own. All four of them share a loving relationship with Mark.

Derek and Julianne gained media prominence since they starred in the dancing reality show, Dancing with the Stars. Both of them have won the competition several times, Derek six times and Julianne two times. Moreover, for their work, they even won the Primetime Emmy award.

Well, all of this would not have been possible without the help of Corky and Shirley Ballas. They are the ones who took in Derek and Julianne when their parents sent them to the United Kingdom and taught them dancing. They are like a parent to them.

Apart from appearing on reality TV, Julianne and Derek have also appeared in a few movies as well.