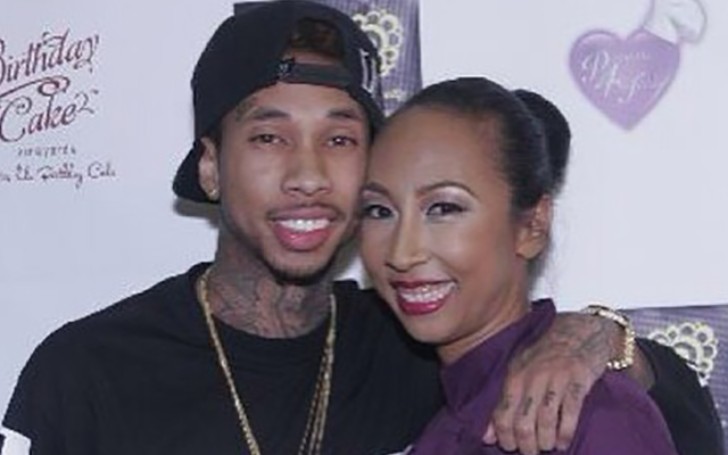 When your child becomes a famous celebrity, you are bound to receive all the attention from the paparazzi. Similarly, Pasionaye Nguyen is prominent in the rap and showbiz community as rapper Tyga’s mother. The celebrity mother has raised her son as a single parent. This is why Tyga often praises his mother for all the sacrifices she made in order to raise her son.

Not many of us know Tyga’s earlier life and what type of life he had with his mom before he shot to fame. His father spent his entire life behind bars because of which Tyga’s mom had to take the role of both mother and father.

Today let’s find out all the details on this star mom. We will talk about her life, her relationship with Tyga’s dad. Does she have any other children besides Tyga?

Pasionaye Nicole Nguyen was born on September 11, 1971, in Los Angeles, the United States. As of 2021. she is 50-years-old. She is the daughter of Kim Nguyen and her partner. Pasionaye comes of Vietnamese ethnicity and spent her entire childhood in the Los Angeles County area. Information regarding her father is scarce. Besides, her mom Kim is quite close to the family.

Apart from her parents, Pasionaye has one sister named CeCe Nguyen. It is not sure whether she is Pasionaye’s only sibling or not. Tyga’s aunt CeCe rarely comes in the public but she once openly defended her family when Tyga’s ex, Blac Chyna’s mom called them out.

Back in 2015, Tyga’s grandmom sparked a major stir between the Nguyen and the Blac Chyna’s family. In an interview with Daily Mail, while talking about her grandson’s alleged girlfriend of the time, Kylie Jenner, she stated,

“We all love Kylie and think she is so much better for Tyga than Blac. Yes she is King’s mom, but Blac just wasn’t a very nice person and Kylie comes from a much better family. Tyga has never seemed happier, now that he is with Kylie.”

Her statement literally stirred up a hornet’s nest. While responding to Kim’s statement, Blac Chyna’s mother, Tokyo Toni lashed out at Kylie and said,

She (Kylie) is 17 and has already had lip injections. Her old sister (Kim) got famous from a s** tape. They (The Kardashians-Jenner) are no better than anybody! I’m DONE!! @kinggoldchains (Tyga) ASHAMED of you!!!”

It is clear Blac’s mom was really pissed. But wait, the drama isn’t over yet. Soon after, Tyga’s aunt CeCe defended her mother and wrote,

“Ms. Toni, I have mad love and respect for you. I wish before you posted this article thinking it was a real article, that you would have reached out to us first. My mom BARELY speaks good English, yet this person who wrote this story says that my mom said all these things. You of all people should know this isn’t true. I hope you have a wonderful Mother’s Day *heart emoji*”

We can say the Nguyens are a close bunch who will defend each other’s integrity no matter what.

Pasionaye gave birth to Tyga when she was a teenager

It was back on November 19, 1989, when Tyga’s mom welcomed him into this world. He is the only son between Pasionaye and her partner, Stevie J. Stevenson. At that time, Pasionaye was only 18-years-old. Though many sites suggest she gave birth to the hit rapper when she was 16, it is completely false.

Growing up, Tyga never had any father-like figure in his life. His dad was constantly getting into trouble and spent the major portion of his life behind bars. In many interviews and even in songs. Tyga, has often talked about how he truly wanted a dad. In his 2013 album ‘Hotel California’ that featured the song, ‘Dad’s Letter,’ he even wrote some lyrics in regards to his life. He sings,

“Growin up all I wanted was a father figure / Me and mom alone every dinner / One day I hope you hear this, I pray you doin’ better / This what it sound like if I sent my dad letters.”

Despite all the challenges, Pasionaye was successful in raising her son. In fact, her son has made her proud as one of the accomplished rappers around. Mother’s dream come true.

What about Pasionaye’s relationship with Tyga’s father? Did they marry or not?

Well, there are a lot of speculations that Tyga’s mom and dad were married. However, that doesn’t seem to be the case here. At the time when Pasionaye became pregnant with Tyga she was barely legal so this means the pair didn’t get married.

Afterward, Tyga’s dad went to prison and in an interview with KALW, he revealed that he is a father of six children all from six different women. In the interview, there was no mention of him being married to Pasionaye. Safe to say, they never married.

Pasionaye Nguyen is a Grandmother

Tyga welcomed his first and only child, King Cairo Stevenson on October 16, 2012, making Nguyen a grandmother. He shares him with his former girlfriend, Blac Chyna. The former flames had started dating officially since November 2011, after meeting one month prior in October. They even got engaged but they later called it off and split for good in 2014.

As of now, King is 9-years-old and Nguyen is a doting grandmother. She often appears with her grandson and son in various events.

Did Pasionaye Nguyen ever get married? She reportedly did

It looks like Pasionaye has been married, at least once. Yes, she exchanged vows with a guy named Anthony Wayne Headen. The exact date as to when the pair tied the knot is not in the media. Nevertheless, as of 2022, the couple has been divorced. Nguyen filed for divorce from her husband on 8th April 2016. She cited irreconcilable difference as the reason behind the dissolution.

As to what is her current relationship status, it is kept behind closed doors. She remains visibly out of the public eye which makes it quite hard to ascertain if she has a husband or not. Furthermore, she doesn’t have any social media account.

How much is Pasionaye Nguyen’s net worth?

This celebrity mom doesn’t have a visible career so it is quite hard to calculate her total wealth. Even so, we’re sure she enjoys a lavish life with her rapper son who happens to be a millionaire. Yes, as of 2022, Tyga’s net worth is $5 million. He earned the majority of his wealth from his career as a rap artist.

The family lives in a massive 13,000 square feet Bel-Air mansion that costs a staggering $12.8 million. Tyga has been leasing this place since October 2020.