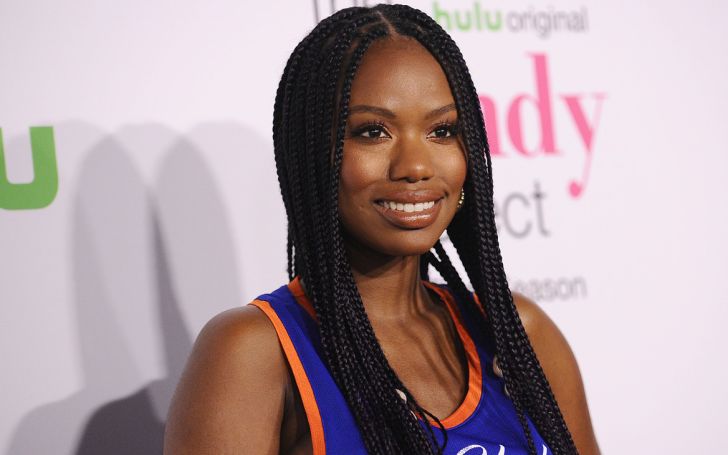 Xosha Kai Roquemore likes keeping her personal life behind closed doors, but her secrecy is giving rise to a rumor. The speculation states that she is married to American actor Lakeith Stanfield. But the fact is Xosha is rather Lakeith Stanfield’s girlfriend.

The partners are even parents of a child. But when did they begin dating? There are a lot of interesting things to talk about Xosha and Lakeith. Further, we will also talk if they have plans to tie the knot.

That said, the father of Xosha’s only child was found flirting with a famous singer and the world couldn’t help but wonder if Xosha and Stanfield are still together? Here, we have the answer.

The 35-year-old actress, Xosha is reportedly dating Lakeith Stanfield since 2015. Exceptionally secretive at first, not many people knew about their affair.

They made their first public appearance at the premiere of the 2015 movie, Straight Outta Compton. They walked the red carpet together and posed for pictures. That was the first time they ever displayed a slight PDA.

Likewise, they went to several red carpet events as a couple for several years. As of late, the duo has refrained from making any public appearances.

Has Xosha Roquemore and Lakeith Stanfield Broken-up or still together?

The entertainment world is quite an unusual place. On one side of the spectrum, celebrities like Mackenzie Ziegler and Asher Angel publicly show their personal life, whereas, Xosha and Lakeith belong to the opposite side.

The Get Out star has been in a relationship with Xosha since 2015. Although there are some speculations that they might’ve called it quits, things became clear that the couple is still in a committed relationship when Xosha wished a happy birthday to her boyfriend on August 12. She wrote a lengthy caption on the picture.

Well, that is undoubtedly pretty suggestive of the relationship they have as a couple.

Is Lakeith Cheating His GIrlfriend? Flirted with Ari Lennox & Asked her on a Date

Recently, rumors made rounds after Lakeith, out of nowhere, entered Ari Lennox‘s Instagram live session and flirted with her.

In the live session, she was talking about his latest movie, The Photograph, and how much she liked it.

Ari stated, “I saw it and I was like [makes swooning noise],” for which he replied with a ‘Rose Emoji.’ Things took a turn when he wrote, “Can you be my date? Let’s go.”

He posted the comment after Ari expressed her desire to be in a relationship with someone as she went to see the romantic movie all by herself.

Upon hearing his comments, she said, “LaKeith…I don’t have time for this right now. Cuz I… Wait. You’re joking. I don’t have…no. We’re changing the subject because I heard some things.”

But wait, it’s not just Lakeith who’s been hinting at a break-up between him and Xosha. And again, that in no way conclude Lakeith is cheating his girl Xosha.

While promoting her picture, Cherish the Day, she and her co-star Alano Miller dropped by at the Real Daytime show. In the show, the hosts asked her about the tweet she made regarding dating apps.

Xosha then said she believes the guys in the dating apps are trash, however, the ladies are dope.

Watch the interview below!

Although the date of the tweet wasn’t revealed, it clearly indicates Xosha used dating apps. Now we will let you guys think about the rest.

Is Xosha Married to Lakeith?

To put it down plainly, the lovebirds never mentioned dating in the first place, and out of the blue, their relationship comes out. Just like that fans are claiming that the duo might just have exchanged vows secretly.

So far, there’s no confirmation that Xosha is married and Lakeith is her husband. Guess, we’ll have to wait and find out!

In early January 2017, during the Sundance Film Festival, Xosha and Lakeith announced they are pregnant while posing for photos. The Mindy Project star even showcased her bump at the Essence 10th Annual Black Women Hollywood Awards gala wearing a star-printed minidress.

Later that year, in June, the lovebirds welcomed their firstborn. She broke the news after sharing a picture of herself nursing the newborn on her Twitter account. The tweet was subsequently deleted.

At the time, she never mentioned the gender of her kid. Then on September 25th, 2019, she wished her baby on National Daughter Day.

Roquemore and her boyfriend Lakeith are both too close to their daughter. And the actress often appears with her baby girl in various places enjoying their time together.

Lakeith Opened up about Fatherhood

During his appearance at Popcorn with Peter Travers, the handsome hunk talked about becoming a father for the first time.

He stated, “It’s quite crazy, I’m seeing it for the first time, again.”

Lakeith further added, “Everything is brand new. I’m paying attention to patterns in the leaves. The things I didn’t think about before, now I can feel them. It’s great.”

Stanfield and his partner Roquemore are doing a great job balancing their parenthood and other endeavors side by side.