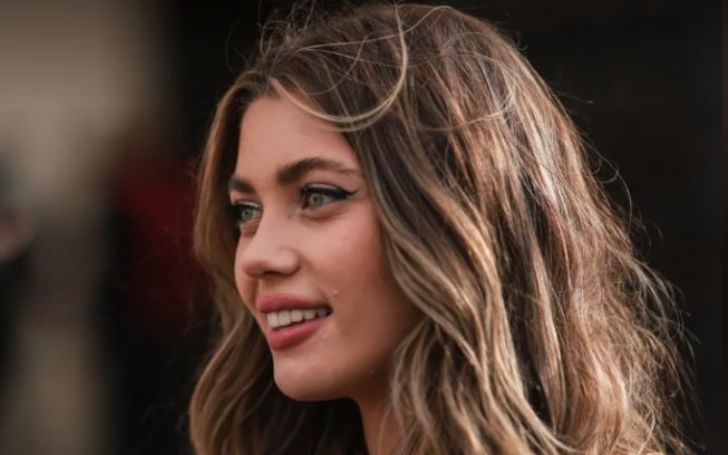 Amelie Zilber is a Los Angeles-based model, TikToker, Political activist, and Instagram influencer who has over 7 million followers on TikTok, almost 3 million on Instagram, and a little over half a million subs on Youtube. Zilber who is also a Young Ambassador for Unicef is mostly open about her viewpoint and always emphasizes why everyone’s voice matters.

She also uses her noteworthiness as a means to speak out about the significance of politics and its awareness. Amelie became famous after she started her social media as a platform for presenting important news in an easy-to-understand format. She exploded to fame after breaking down complex political news into its simplest form for younger audiences.

Within a few years of starting that, Zilber would go on to have millions of followers having first joined social media in Aug 2019. Other than posting pictures on her Instagram and her modeling career, Zilber also makes TikToks about several social and political issues. Now a college student Amelie juggles school, internet fame, and her political as well as social pursuits. Read more about her digital story; her young career as a socio-political enthusiast, what exactly she talks about, her upbringing, future goals, and her relationship.

Amelie Zilber Is French From Her Father’s Side

The now 20-year-old Amelie Zilber was born on March 27, 2002. Paternally Zilber is French while her mother is part Lebanese and part American. The French capital, Paris is where her whole paternal side of the family resides.

She also considers the city her home. In fact, Amelie is also fluent in both English and French. Zilber further also has a bit of a grasp of Arabic. Her maternal grandfather grew up in Lebanon and her mother as mentioned is the daughter of Lebanese immigrants.

Amelie Zilber refers to her mother, Christina Zilber, who is an entrepreneur, as her greatest inspiration and also the one whom she calls the hardest worker. Zilber’s mother apparently has quite a high profile. She is a former actress and model turned successful businesswoman. She is the founder of Jouer Cosmetics, which she launched in 2008.

Amelie’s mother just like her daughter also worked with UNICEF to help create opportunities for women around the world. She also has a lot of credits on the entertainment front. Zilber’s mother of Lebanese descent has been a writer and has acted in films like Cyber Tracker, Joyride, and Jane Bond, among others.

Amelie Zilber Is A Student At Georgetown University

Amelie is currently studying at Georgetown University in Washington DC. In the initial years, however, the college student, attended it online residing in Los Angeles, California due to the COVID-19 pandemic.

Back in Dec 2021, when talking with Schon Magazine, Amelie said she really hadn’t picked her major yet. She, however, stated that she was planning on majoring in Middle Eastern foreign policy with a minor in Arabic.

Amelie has often stated that she is hoping to major in it. After graduating, Zilber says she wants to go to the Middle East and potentially get a degree in law.

How Exactly Did Zilber Become Famous?

Zilber began gaining ground through her newsletter called Two Minute Times which she started for breaking down news stories in an easy-to-understand format.

Her popularity began soaring with the platform. Here she wrote a weekly newsletter every Sunday in order to summarize the news for young people. Zilber started writing these newsletters when she was 12.

She would break down the election news and also what was going on with COVID-19, 2020. Zilber says it was actually the global pandemic of 2020 that really boosted her popularity.

She would do her show for six and a half years. Two Minute Times was also her first step to social media fame. Ironically, Amelie, however, admits to never having the thought of doing social media as a career.

She initially joined social media to push messages about social and political knowledge to people. Amelie also wanted to help others to get into politics especially people of her age. In the same vein, she also started making TikToks. When Zilber realized she was growing she decided to meet younger people and interact with other experts.

Amelie says politics is another half of her. During a Q & A, Amelie revealed she got into politics because of her brother, Emmanuel, and mother. They apparently often used to get into serious political discussions which made Zilber get into it as well. She however lacked knowledge but wanted to outshine her brother anyway.

She henceforth started researching and en route found out that she had a real interest in the topic. It was also her history teacher from Israel that made her fall in love with the Middle East and its socio-political issues.

Politically, she has covered everything including street harassment, the special Senate elections, and Arctic oil drilling. In addition, she has talked about so many extras subjects through her TikTok and Instagram posts. Some of the other things that she speaks for are LGBTQ+ groups or supporting women and the right to choose and equal pay and equal rights.

Amelie Run A Podcast As Well

Zilber now runs a 10-minute episode Don’t @ ME every Thursday where she has real conversations about real issues; it’s an open talk with lots of varied perspectives.

The show also has its own merch. Meanwhile, Amelie is also assigned to LA Models. The social studies student started her modeling at 15 years old. Back then she had signed with Ford Models. Later she would start working under LA Models.

The young political activist, Amelie Zilber, for some years, has been dating Blake Gray. During an interview with Tom Ward, Zilber said she and fellow TikTok star, Gray had been dating for some time. 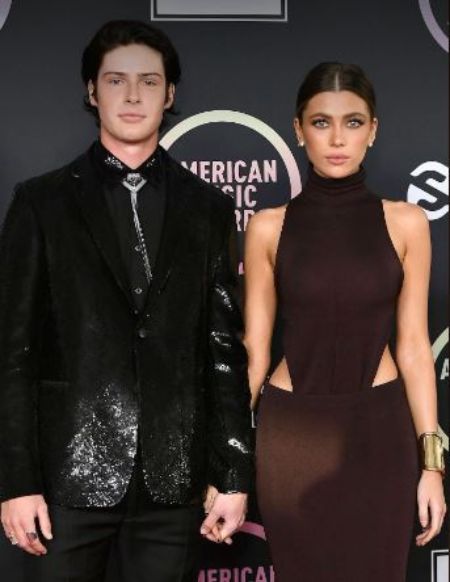 She at the time said that it wasn’t something serious. Talking further in that regard, the Georgetown University student said,

“Blake and I have been going on dates, yes. I’ve known Blake for maybe a year now. I’ve know him for a long time and we’re sort of just seeing how things work.”

Zilber and Gray publicly confirmed their relationship via Instagram in Sep 2020. Since then, they’ve uploaded several pictures by each other’s sides.

They have also appeared in each other’s Youtube videos. Zilber’s boyfriend, Blake is also a famous TikToker who also has over 5 million followers on Instagram. Blake has also appeared in the 2016 Netflix series, Chasing Cameron. He further was also a member of the Magcon 2016 tour.

Amelie Zilber Has Her Own Line Of Beauty Products; What Is Her Net Worth?

While the guesswork about Zilber’s net worth might be a while for it to be laid out in the open, quite surprisingly, she is well on her way to becoming an entrepreneur just like her mother.

Since she has become famous, Zilber has developed her own shades of Cheek and Lip Duo called Jouer’s Blush and Bloom. It is in collaboration with her mother, Christina’s company Jouer Cosmetics with which she has created a multi-use blush and balm, all vegan and cruelty-free products. Zilber also has her own merch from her former show, Two Minutes Times.