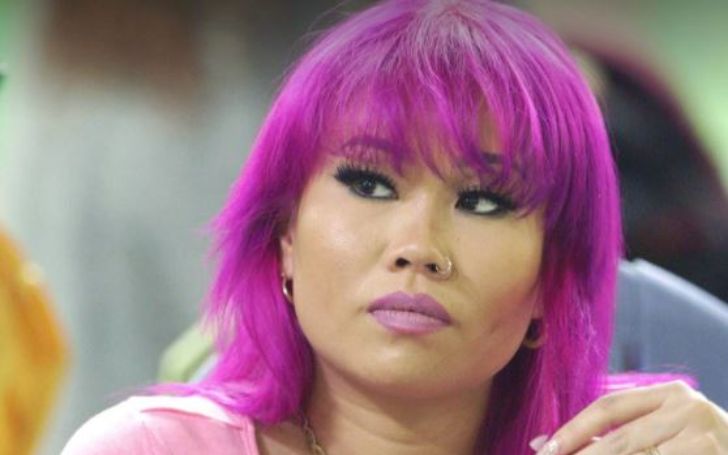 Lovely Mimi is a Vietnamese American Instagram personality, Youtuber, reality star, and nail artist. She is also an entrepreneur (owning several salons) and an occasional musician. Mimi further also identifies herself as a comedian. She was added to the VH1 reality series, Love and Hip Hop Atlanta to bring an Asian theme to what otherwise-has-always-been a fully African American show.

Mimi often said that during her time on the show, she led a double life, one story that she got from the show writers and her real one. Now, a decently successful businesswoman, Mimi often has her fame as a TV personality to boost her brand’s face. Away from the days of her reality star fame, Mimi has close to 2 million followers on Instagram; each of her posts has garnered over 100k views. She additionally has over one and a half million subs on Youtube.

Over the years, Mimi has gained quite the attention from fans writing blogs about her and calling her that “ratchet Asian girl,” though not an insult. While Mimi is no longer on Love And Hip Hop Atlanta, she is still enticing her fans off the camera mostly with her social media. Learn what else is happening in Lovely Mimi’s life since her departure from Love And Hip Hop Atlanta, her professional doings, her failed marriage, her current boyfriend, her businesses, and others.

Growing Up Lovely Mimi Had A Difficult Childhood

Mimi once admitted to growing up with strict parents. She though said she was also equally a rebellious kid especially when she was a teenager. Lovely’s parents apparently were old school and the nail beautician says her folks really didn’t understand her that much.

Mimi, who is of Vietnamese American ethnicity, when talking to AJC, said that her parents were also poor.

The nail art entrepreneur further revealed her schoolmates used to make fun of her. She’d also run away a lot and often got herself in trouble. In fact, several times, Mimi ended up in group homes and juvenile detention centers. Due to all the aforesaid things, Mimi, a Taurus, admits she never made it through high school or even middle school.

With no education, the juvie lifestyle would only find a few jobs and careers. And one of them happened to be nail work.

Lovely Mimi, birth name, Myha Luong was born on April 29, 1990, in Quang Ngai Vietnam. Luong, however, grew up in Baltimore Maryland but she also calls Washington DC her hometown.

Lovely Mimi Time On Love And Hip Hop Atlanta; She Didn’t Want To Join The Show

Mimi first appeared on Love and Hip Hop Atlanta in its sixth season, the fourth episode in 2017. When the production first announced Lovely Mimi, she was slated to be one of the many recurring characters.

In the beginning, Mimi had doubts about whether to join Love and Hip Hop Atlanta as she was familiar with its dramas. In fact, it took quite a while for her to decide if joining the show was the right choice for her.

On The Show, Mimi Became Friends With The Likes Of Tommie Lee And Joseline Hernandez

At the beginning of her stint with Love and Hip Hop Atlanta, Mimi worked at Sierra’s Salon. She, however, would leave the workplace after having a fallout with Sierra. Mimi later would form a friendship with Tommie and Joseline.

While it is unclear in the present, whether Mimi keeps in touch with her Love And Hip Hop cast member, it is presumed she is still on good terms with Tommie and Joseline.

Myha Luong’s last time on the show would be the series’ sixth season reunion special. Mimi made a total of ten episodes on Love and Hip Hop Atlanta.

Is She Coming Back On Love And Hip Hop Atlanta?

When Bossip in Oct 2019 asked if Mimi will ever consider coming back to Love & Hip Hop, Luong replied with a straight no but said she might be willing to reconsider if they pay her a lot of money.

Mimi Career As A Nail Artist

Before reality television fame, Mimi was noted for her expertise in nails. She apparently got into the business after doing not so well with her academics. In fact, she has now over 10 years of experience as a licensed nail tech. She formerly had her own salon in her native Baltimore, Maryland.

After she landed a contract on Love and Hip Hop Atlanta, Mimi moved to the place where the show is based on. Following her move to Atlanta, Lovely would buy a shop on Old National Highway in College Park, Georgia. The rambunctious Vietnamese woman would subsequently name the store, Ultraviolet Nail Lounge. It is also famous as Luong’s Lovely Nails.

Her salon in Georgia has an all Black staff. Mimi’s team specializes in techniques ranging from feather dust finish to the bumpy diamond coated on Cardi B Esque nails.

She is also the owner of one more business venture named Ultra Violet Hair Salon which apparently her ex-husband had gifted to her. She once mentioned her ultimate wish is to build her own brand and keep opening other nail salons, do some more acting, and keep hosting parties.

Mimi Says Her Instagram Helped Her Nail Arts A Lot

Lovely Mimi has a well enough active Instagram handle. In fact, Mimi says her Ig came in handy in extending her repute as a nail professional.

She says it helped her a lot after she had bought a nail salon shop in Maryland after which she was looking to build some hype. With that in mind, Mimi began making some videos on her Instagram and through it, she also followed some local girls so that they would come to her salon. Some of Mimi’s videos regarding her nail works like “But Why Me” went on to gain notable traction. She says even celebrities like Da Brat and Snoop Dogg shared her videos.

And that’s how she became famous on Instagram as a nail tech. She also had a prior Instagram account which although had over 3 million followers got deleted.

Who Is Lovely Mimi Current Boyfriend?

Mimi is now with a boyfriend who is famous on the internet as Mr. Stretch. The ex-rebellious teenager went public with her current partner in Feb 2021. Introducing him to her Instagram followers, Mimi wrote a caption that read

The next update on the couple was Mimi sharing an Instagram post that included the couple dancing on TikTok; the former VH1 star and her boyfriend did the Corvette Corvette Challenge.

On Feb 6 2021 via a YouTube Livestream, Mimi revealed she first met her current partner way back in 2010. The multiple salon owner and the tattooed guy back then had also dated each other but only for about four months.

Turns out they were already a couple. At the time, Mimi’s this boyfriend used to work at the post office but his shifts were at night. This apparently was one of the reasons why it didn’t work out for Mimi and Stretch back then.

Lovely Mimi Has Two Kids With Her Ex-Husband, Remy Skinner

Mimi in the past was married to Remy Skinner, also her ex-business partner and manager. When together, the ex-couple also had two children, Juice and Jay. Mimi had married Remy the Boss in 2009, the couple, though, divorced in 2019. Some claim Mimi’s ex-husband, Remy also has two kids of his own from his previous relationship. Although together for ten years, Skinner never made a single appearance on Love Hip Hop. Mimi in an interview said her ex-partner was a really low-key guy.

Mimi and Remy allegedly broke up in the wake of the former’s complaint that the father of her two children physically abused her, cheated on her, and also stole money from her.

Remy was also arrested for an alleged role in drug trafficking in Sep 2019. The ex-couple however co-parent their two kids. Mimi didn’t demand spousal support from Remy.

How Rich Is Mimi; Her Net Worth And All

Although Mimi couldn’t make a grand career out of Love And Hip Hop Atlanta like its leads Rasheeda, Joseline, Karlie, and others, from the looks of her social media lifestyle, the celebrity of Vietnamese origin comes across as quite a well-off personality. To be honest, it’s likely that she may not have needed TV fame in the first place to cement her fate as a wealthy person.

Mimi was already a pretty successful businesswoman on her own. Even now with her impressive fan base across her Instagram and YouTube, she has that edge to always make money no less than a decently famous reality star. Assuming all the aforesaid possibilities, Mimi being a millionaire very well could be the case with her net worth in all probability sitting in the vicinity of seven figures.

Who Is India Westbrooks? Her Bio, Career, Boyfriend, Net Worth