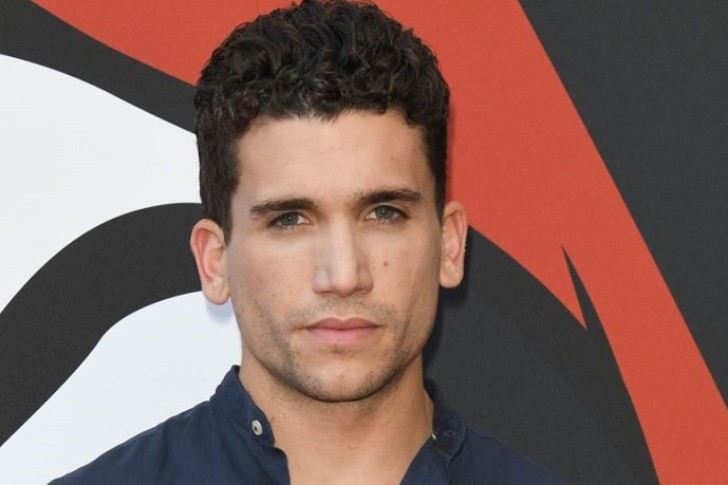 Jaime Lorente is one of the quickly-established performers in the Spanish entertainment industry. The actor played the main role of Daniel “Denver” Ramos in the highly-rated Netflix’s crime drama Money Heist (also known as La Casa de Papel). His iconic portrayal in the smash-hit series brought him huge fame.

But the Spaniard wouldn’t be here if it wasn’t for the support of his parents. Jaime is quite close to his mom, though not much is known about his father.

Along with his already flourishing career in show business, is Lorente also leading a successful personal life behind the camera? He was previously in a relationship with a former Money Heist actress Maria Pedraza.

Who are Jaime Lorente Parents?

Jaime was born in Murcia, Spain, on 12th December 1991 to Spanish parents. He has a close and intimate connection with his doting mom, Maria. He often shares beautiful snaps with his mother on his social media.

The detail of his father is, however, still missing.

How Many Siblings Does Jaime Lorente Have?

Lorente has an older sister, Julia Lorente Lopez. She attended El Buen Pastor and later went on to study at the University of Catolica de Murcia.

On 22nd October 2018, the actor also shared a childhood picture with his sista on Insta.

Jaime also shares a strong bond with his niece (from her sister) as well.

Jaime spent the majority of his childhood days in the southeastern city of Murcia. He also completed his schooling from the local Murcia’s school, before starting acting lessons at La Escuela Superior de Arte Dramático de Murcia, a drama school.

The actor Jaime Lorente played one of the main roles in one of the most-viewed Netflix crime drama series Money Heist (La Casa de Papel).

For his exceptional performance in the movie, the actor was nominated for twice Award the Spanish Actors Union for his role.

Jaime shared the screen along with Álvaro Morte and Úrsula Corberó. His girlfriend Maria also appeared on the show in 2017. Both of them, just like in real life, played each other’s romantic interests on the show.

Other Film and TV Projects

In 2016, Jaime Lorente snagged the first professional role in the Spanish soap opera El Secreto of Puente Viejo (known as The Secret of Old Bridge). The role probably earned him early attention in the industry.

Additionally, Lorente also portrayed the main character in the series, El Cid, in 2020. Besides his TV projects, Hamie has also worked in many hit films. In 2018, the actor appeared in Everybody Knows and Bedspread.

Jaime Lorente also tried his hands in writing. He became interested in the field from an early age and also started writing poems by the time for his book A propósito de Tu Boca (About your mouth in English), released in March 2019.

He told about the book to Elle Espana.

I think on an artistic level, it’s one of the most emotional things that has ever happened to me. I’ve been writing since I was little and I always had the idea of publishing my poems. If someone wants to know me sincerely, I think they can read this book, because it is absolutely me.

Lorente isn’t dating anyone as of 2021. But, the actor previously dated his girlfriend Maria Pedraza for a few years. The two came across on the set of Money Heist in 2017. But, the two started dating in early-mid-2018.

The two have already involved together on several high-profile projects.

He featured in the series along with his girlfriend Maria Pedraza. The on-and-off-screen couple played lovers on the show until her character Marina was murdered in 2018.

Additionally, they worked together in a movie ¿A quién te llevarías a una isla desierta? (Who Would You Take to a Deserted Island?) in 2019.

Jaime and Maria are Animal Lover

Both of them are cat lovers. They often showcase their love for their felines through social media posting cute photos.

Maria has two cats while Jaime is a proud father of one called (Chambi).

How much is Jaime Lorente Net Worth?

Jaime Lorente’s net worth is $500,000. He mainly makes money from his work in movies and TV shows.

Who is Jaime Lorente Girlfriend? Is Jamie Still Dating Pedraza?