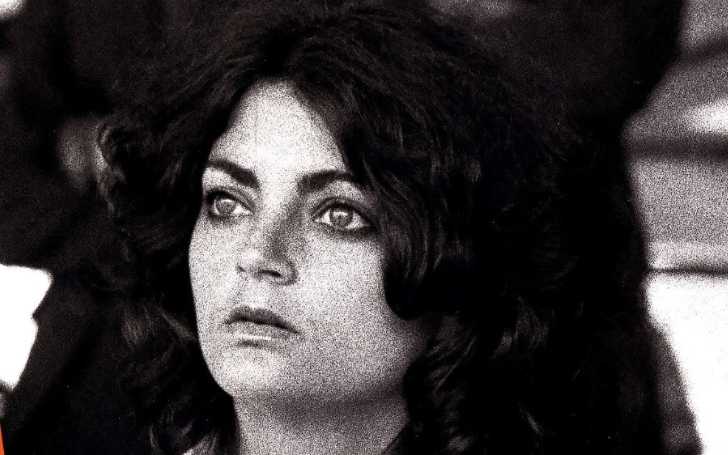 Liza Todd is an American sculptor who has been into the limelight due to her show biz family. Initially, Todd is worldwide famous as the daughter of the late superstar Elizabeth Taylor and Mike Todd.

Her mother Taylor who started her career as a child actress was one of the famous stars of classical Hollywood cinema of her generation. Likewise, her father Mike was an American movie and theater producer popular for the production of Around the World in 80 Days for which the producer even won an Academy Award for Best Picture. Sadly, both of them have passed away.

Here, we will be talking about Liza’s childhood, family, personal life, husband, kids, and more. Continue reading the article to find some interesting and unknown facts about Elizabeth Taylor’s daughter Liza Todd.

Is Liza Todd Adopted? Who are her real parents?

Liza is the only child of late actress Elizabeth Taylor and Mike Todd. Her theatrical impresario/movie producer father passed away due to a plane crash on March 22, 1958, when she was just a year old.

As she was unaware of the fact that Mike was her biological father, she assumed Richard Burton was her “real dad” who adopted her.

How Many Siblings Does She Have?

She is also a sister of the actress Kate Burton. Likewise, their father, Richard Burton also adopted a German orphan, Maria Burton Carson (designer and philanthropist).

Moving towards Todd’s education, she graduated from Hornsey College of Art in London. She also went to the Otis Institute in Los Angeles.

The star kid immediately started her professional journey as a sculptor after she completed her education in 1979. Her love for horses influenced her to choose a creative career as she began working on equestrian bronze sculptures.

For her statues, the owners of some pedigreed racing sponsors even gave her private commissions. She then worked on monuments like a life-sized calf in bronze for the village of Gstaad. Likewise, she carved a life-size rescue dog with the help of debris from the World Trade Center in remembrance of September 11 attack.

Back in 2016, Todd then moved to African wildlife under South Africa’s elephant orphanage, HERD where she primarily worked for Elephants. From the artwork, she created for From Line to Form: the Jabulani Elephants exhibition, she gradually constructed Rescue Scarves with elephant and cheetah designs. The profits earned by the exhibition were donated to South Africa in order to save endangered animals like cheetahs and elephants.

Besides following her passion, Liza at the age of 12 acted in the movie, Anne of the Thousand Days in the year 1969. At that time a reporter asked her if she is pursuing her career in the acting industry just like her mother, and she immediately denied it.

Who Is Liza Todd’s Husband?

Back in 1984, Liza Todd was married to Hap Tivey. By profession, her former husband is an artist and teacher. The couple exchanged wedding vows in a private ceremony in the presence of her family and friends.

For almost two decades, the duo lived on 55 acres of lush Valley woodland in a retro farmhouse in Manhattan (now sold). Unfortunately, things between them started getting bitter and they decided to end their marriage. They officially divorced in the year 2003.

Does She Have Children?

The star kid shares two kids with her ex-husband Hap. Together, the couple has two sons, Quinn Tivey and Rhys Tivey. Both of their kids are engaged in the entertainment industry.

Liza first gave birth to Quinn Tivey in the year 1986. Like his mom, he never used his grandmom’s name for anything which include an application to the University of Southern California where he studied film. Back in 2010, he even worked as an assistant for one of the producers in the film The Company Men starring Ben Affleck.

During his teenage, he also worked as a server at the Hudon Valley steak house The Quarry. This really showcases how Liza’s son doesn’t use his grandmom’s name for anything.

On the other hand, Todd’s second son, Rhys Tivey was born in 1992 and is a graduate of New York University. He is a talented jazz musician who plays weekly gigs at Gallagher’s Steak House in Times Square. During his granny’s funeral, he even played a rendition of “Amazing Grace” on his trumpet.

Liza Todd’s kids including her are working with the Elizabeth Taylor Aids Foundation. Not only them, but all the family members of the legendary actress are also ambassadors of charitable foundations.

In order to continue Elizabeth’s legacy, all her children and grandkids including Michael Wilding Jr., Laela Wilding, and Naomi deLuce Wilding are working for an AIDS-free world.

It’s been years since the family has been working as social activists on several projects. They have actively participated in programs like AIDSWatch and America’s largest annual HIV/AIDS advocacy events.

Additionally, the Tivey brothers also helped to plan and attend awareness programs like the National HIV Testing Day Event at the Abbey, The International AIDS Conference in Durban, South Africa.

Her Life After Divorce: Where Is Liza Todd Now?

The star kid still shares a friendly relationship with her ex-husband Tivey. Though the couple divorced in the early 2000s, they are still on good terms. Also, they live just a few miles away from one another in upstate New York.

Being a celebrity kid, Liza always grabbed media attention growing up due to which she chose to stay away as an adult. She prefers living a low-key life and thus her current marital life and her life after divorce are hidden.

What Is Liza Todd’s Net Worth?

The star kid reportedly gathers a good sum as a sculptor. Belonging to a wealthy family, she lives a luxurious lifestyle without a doubt.

According to CBS News, her late mother Elizabeth Taylor had a net worth between $600 million to $1 billion at the time of her death. As per reports, Liza along with her siblings and their kids shares her mom’s lifelong earnings/inheritance.