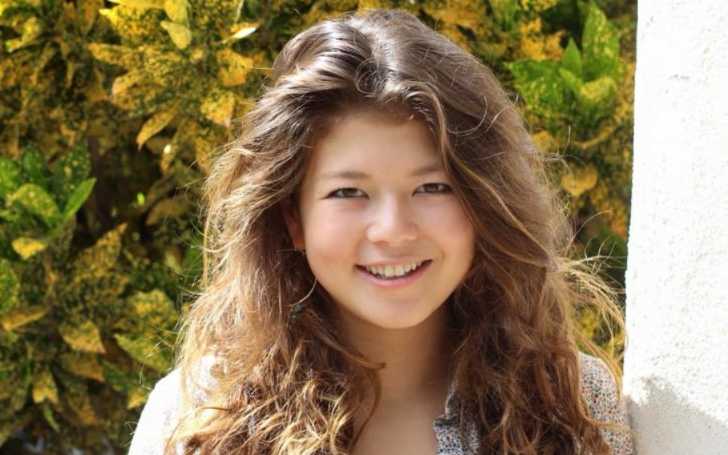 Zoe Giordano Harrelson is a media personality and a star kid who is widely famous as one of the daughters of Woody Harrelson and La0urie Louie. Her father is an Emmy-winning actor famous for his performance on the NBC sitcom Cheers (1985-1993), whereas, her mom was his assistant before their relationship started.

The 25-year-old celebrity kid is the middle child of the star who was born almost two years after her elder sister Deni Montana Harrelson. As of now, she lives under the custody of her parents near Hamoa Beach in Hana with her sisters.

Here, explore more about Woody Harrelson’s daughter Zoe Giordano Harrelson. Stay with us until the very end to discover the details of her age, her parent’s relationship, net worth, and many more.

Zoe Giordano Harrelson Is The Daughter of Woody Harrelson

Zoe Giordano Harrelson was born in the United States of America on the 22nd of September 1996, under the birth sign Virgo. Her father is Woody Harrelson and her mother is Laurie Louie. She holds an American nationality while her ethnicity is mixed.

Zoe Giordano Harrelson is the middle child of Woody and Laurie. The eldest among the three sisters, Deni Montana Harrelson was born on March 15, 1994.

Talking about their other sibling, the youngest named, Makani Ravello Harrelson was born on June 23, 2006. The three sisters spent their childhood in their hometown with their parents.

Zoe Giordano Harrelson Did Her Schooling in Hawaii

The star kid attended Seabury Hall, a College-preparatory school in Maui County, Hawaii. She has always been highly passionate and active in artistic activities which include theater, drawing, singing, and creative writing.

Back in 2015, Zoe Giordano gave a Ted Talk during her high school senior year where she talked about the importance of disconnecting from phones. She also said technologies and gadgets like mobile phones are removing us from reality and moments.

As we mentioned earlier Zoe Giordano’s father, Woodrow Tracy Harrelson is an established actor and playwright. He is prominently known for his Emmy-winning role as a bartender Woody Boyd on the NBC sitcom Cheers (1985-1993).

Harrelson started his professional journey in the late 70s, landing his first role in Harper Valley P.T.A. and Wildcats. He then did acting in television shows like Killer Instinct, The Magical World of Disney, Mother Goose Rock ‘n’ Rhyme, and many more.

Between 1985 to 1993, Woody gained huge popularity with the sitcom Cheers. Besides his acting, he has also served as executive producer in Lost in London, True Detective, The Highwaymen, and The Freak Brothers.

Likewise, Zoe’s father made his debut as a playwright directing his own play, Furthest from the Sun at the Theatre de la Jeune Lune. His other theatre credits are The Late Henry Moss, The Rainmaker, The Boys Next Door, and Bullet for Adolf.

The star kid’s parents, Woody Harrelson and Laura Louie met for the very first time in the year 1987 on the set of the show Cheers. Laura used to work as Woody’s personal assistant when he developed feelings for her and confessed his love after almost three years in 1990.

Zoe’s mother did not deny her father and revealed that even she has been in love with Woody for the last two and a half years. This proves that both her parents were in love but could not share with each other until Harrelson decided to propose to her.

After her mother accepted her dad’s proposal, the couple started dating and stayed together for some time. Finally, Zoe Giordano’s parents married on the 28th of December 2008. The wedding ceremony was a private affair at Maui celebrated with their bunch of good friends but nothing over the top.

Her Parents Were Almost Divorced

There was a point when Zoe’s parents almost split. Her mother is the most understanding wife one can ever get. Her father revealed that their marriage almost ended when her mother came to know about his scandal.

According to reports, the celebrity daughter’s star father was caught in a foursome scandal in 2002. Talking about the matter, her father was in a Bar when two strangers women came and approached him for a walk in the wild side. Along with them, he went into a car when the third woman who was allegedly a paparazzi also got in and leave for his house.

Laura was not aware of the news until someone told her. It is obvious that she was upset but she never read any article related to the news. In fact, she was calm and told Woody, “That must be really hard for you, to have this shit exposed”.

Therefore, Zoe Giordano’s mom stayed with her husband instead of breaking her marriage with him for cheating on her. Well, this definitely shows her loyalty and trust in her better half.

The 25-year-old has not disclosed anything about her career despite the fact that she lives a lavish lifestyle alongside her two siblings. Thanks to their star father, they have been enjoying luxuries since a young age.

The family of five reportedly lives in Maui, Hawaiian as of now. Mostly, Zoe with her family resides either in their house near Hamoa Beach in Hana, East Maui or in the property owned in the remote town of Huelo.

Woody and Laura also take their kids for dinner taking out time from their busy schedules. Also, they travel to various places on their vacation. They were once spotted enjoying family time on the streets of Ravello, Italy sight-seeing the quaint resort town on the Amalfi coast.

Is Zoe Giordano Harrelson Dating Anyone?

Unlike his star parents, Giordano has been living a low-key life without any media interference. The only time we saw her on the internet is when she appeared in a short film for U2, gave a TedTalk during her high school senior year, and when she goes on a vacation with her parents.

There is no information about her relationship or wedding so far in the media. Also, she is not available on any social media like Instagram, Twitter, and Facebook which could help us to know about her love life. Thus, Zoe seems single at the moment.