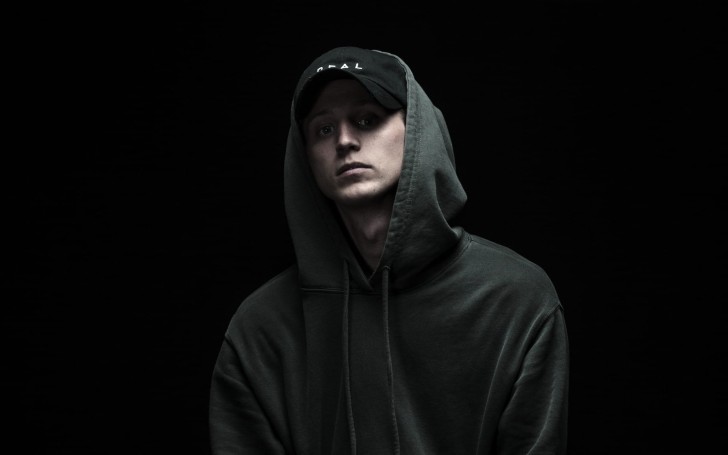 American rapper NF at first came to prominence after his self-titled EP, NF, became a smashing hit. Since then, the rapper has given numerous hit songs and even charted No. 1 in Billboard several times.

His childhood wasn’t the least bit memorable as he suffered constant abuse. Today let’s talk about his family life and know more about NF’s parents and siblings.

NF Family: Siblings and Himself Abused by her Mother’s Boyfriend

Along with himself, NF has two siblings, both of them sisters. They had a troubled childhood while growing up in Gladwin. NF was just a kid when his parents divorced and his mother won the custody of him and his other two siblings.

Sadly, their mother had opioid addiction which greatly affected their lives. Later on, their mother started dating in the hope her three kids would finally get a father figure around the household.

Unfortunately, the situation turned out to be a nightmare for the three siblings as her boyfriend was physically abusive. Furthermore, he took much interest in torturing his sisters and striking terror in their hearts.

Due to this, NF’s father took the stage and gained back custody of his three kids. Despite living with his dad, NF used to communicate with his mother but soon he had a strange feeling as a social worker was assigned to monitor their conversation. Therefore, when NF got into high school, he cut all connections with his mother.

Mother Passed Away after Substance Overdose

At the age of 18, NF received a tragic phone call from his grandmother. She told him that his mother has overdosed and passed away. The rapper’s song, ‘How Could You Leave Us‘ in the album, Therapy Session was inspired by the death of his mom.

The lyrics of the songs themselves are a heart-wrenching cry out from him. Having been born from his own personal apocalypse, the song made his fandom weep in tears.

When talking about his late mom, NF once tearfully said, “I grew up feeling like pills were more important than I was.”

The 29-year-old stated several times that music was his escape from the grim reality he faced in his childhood. Initially, his high school teachers mocked him for his inspiration but he proved them all wrong.

Is NF related to Eminem?

At the starting of his career, many people started speculating that NF might just be related to the rap legend, Eminem. Why? Well, because he kinda sounds a lot like him and raps in the same way.

What’s more, he even wears the iconic hoodie with a cap, something that Eminem made mainstream. All this points out he is definitely influenced by Eminem but they are not related by any means.

Although it is quite surprising to know that NF shares the same first name as Eminem’s half-brother, Nathan Kane Mathers.

Though Nathan still has a long way to go in the entertainment industry, he’s already accumulated a number of hit songs. His song ‘Let You Down‘ became certified triple platinum in the US.

NF’s album Therapy Session won the Gospel Music Association Dove Award Rap/Hip Hop Album of the Year in 2016. In addition, his other album Perception (2017) ranked No.1 on the Billboard 200 chart.

His recent album The Search released in 2019. He released the single Paid My Dues on December 3, 2019.

Judging by his accomplishments so far, it is safe to say his NF’s net worth is steadily increasing. At the moment, it stands at $6 million. He has racked the fortune from his music career solely.

NF is in a Marital Relationship: Who is his Wife?

NF is in a blissful conjugal life with his girlfriend-turned fiance, Bridgette Feuerstein. The couple tied the knot on September 1st, 2018. They wed in an intimate ceremony in the woods surrounded by only their closest friends and family.

To begin with, the lovebirds first met back in 2015 when Bridgette attended a block party where NF also performed. After his performance, NF chatted up with Bridgette and they exchanged numbers.

Their initial attraction turned into love and Bridgette moved from Seattle to Michigan. At the time, his wife was fresh out of a long-term relationship but she gave it a go anyway. They haven’t looked back since and are still happily married.

As of now, the pair is expecting their first child together. NF’s wife is due in late 2021.

Rapper NF’s Wife Bridgette Doremus & Their Relationship: When & How Did They Meet?