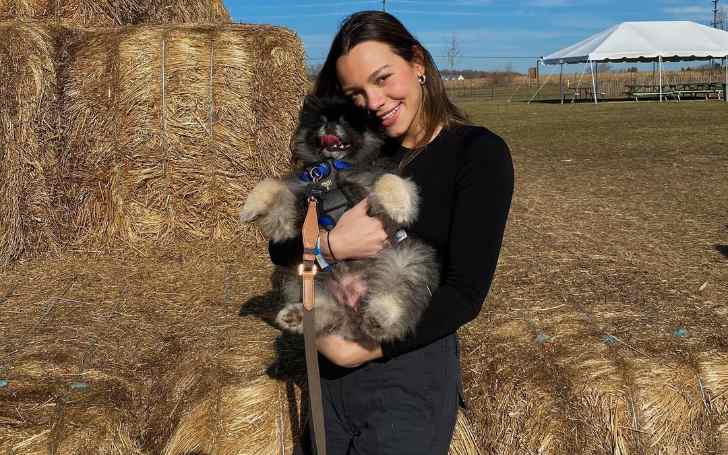 Aaliyah Mendes is a Canadian social media personality who rose to fame as a Viner under Princess Aaliyah in 2013. Also, Mendes is equally recognized as the sister of multiple award-winning singers and songwriter Shawn Mendes (aka Shawn Peter Raul Mendes).

Besides her social media life, Aaliyah is absolutely a family-oriented lady. A 19-years old social personality is a high school graduate. If then, is Aaliyah currently in college? Apart from that, what about her love life? Is Shawn’s sister dating a boyfriend now?

Today, we have numerous details on Shawn Mendes’ sister and social media star Aaliyah Mendes including her age, relationship with her brother, boyfriend, and many more.

How Old Is Aaliyah Mendes Now? Her Early Life And College

As of 2023, Aaliyah is 19 years of age. The social media star was born on September 15, 2003, in Toronto, Canada under the birth sign Virgo. She was raised by her mother Karen Mendes who is a real estate agent by profession and her father Manuel Mendes, a businessman alongside her older brother.

Similarly, as for education, Mendes graduated from St. Mary Catholic secondary school in June 2021. At present, she is probably planning to enter the college-level study.

Besides, Aaliyah is English from her mother’s side and Portuguese from her father’s. She holds American nationality.

Aaliyah Is The Younger Sister Of  Shawn Mendes; His Short-Bio

As said earlier, Mendes’ rockstar brother, Shawn is an accomplished Canadian singer and songwriter. His singles like Handwritten, Illuminate, If I Can’t Have You, Senorita, and others, debuted at top of the US  Billboard list.

Following all these accomplishments, the singer succeeded to establish himself as the youngest male artist ever to top the Billboard 200. Further, he is also the winner of 13 SOCAN awards, 10 MTV Europe Music Awards, 8 Juno Awards, 8 iHeartRadio MMVAs, and 2 American Music Awards. Furthermore, the artist got a nomination for a Grammy and many others accolades.

The Brother-Sister Duo Has A Great Bonding

Aaliyah and her rockstar brother Shawn are really close to each other.

Back in 2018, in an exclusive talk, when Shawn responded on his relationship with his little sister, he told,

“She’s a bit older now and she’s just really cool to hang out with. I feel like we have a really awesome connection.

I always want to hang out with her, we’ve become actually really close friends and I really enjoy hanging with her.”

Furthermore, their bonding can also be seen on their respective social media account.

As we all know that Camila is a well-known American singer and songwriter. Talking about Cabello and Aaliyah’s connection, they were connected through Mendes’ singer brother Shawn.

Well, Shawn and Cabello were in a relationship with each other for more than two and a half years. But, sadly, back in November 2021, the couple announced their split.

Aaliyah Mendes Is Famous As A Social Media Influencer; Is She Into Any Profession?

As mentioned earlier, Mendes is a social media star. She first rose to prominence through the social media platform Vine. Mendes created her Vine account back in July 2013 and succeeded to accumulate more than 175,000 followers in one year. But, unfortunately, with its early success, the Vine collapsed.

Later, Mendes went on to other popular social sites to give continuity to her social media career. She started uploading short videos on TikTok (formerly Musical.ly) and soon her popularity rose. Today, she has 101.1k followers on her TikTok with 3.5 million likes on her videos. Further, she is also an Instagram star with 894k followers and has 6k followers on Facebook.

Now, talking about her profession, being a social media influencer is no less than any other profession in the 21st century. With such a huge fan following and her creative videos, she may have earns a decent amount.

In addition, she is also into modeling, thanks to social media platforms and her determination. Back in 2017, she started her modeling career which she shared on her Instagram too. On July 19, Mendes wrote,

Aaliyah Mendes Is In A Relationship With Her Boyfriend Jordan Savage

The 19 years old Aaliyah is in love with her high school sweetheart Jordan Savage. Their relationship came out in the media when Mendes shared her prom moments with her boyfriend Jordan on her Instagram on June 1, 2019. Since then, this young couple has been together.

A year after, on June 1, 2020,  Aaliyah shared a post together with her love of life and wrote,

one year down.. forever to go🤍

The romantic couple often spends time with each other and all their shared moments can be watched on Aaliyah’s social media account too. They are on great terms and share a good bonding with each other.

In June 2022, Mendes celebrated her one-year anniversary with her boyfriend which she shared on her Insta and wrote,

Looking at them together, everyone can say the young couple does have great chemistry and compatibility.

Mendes Is A Sportsperson; Her Other Hobbies

As per the intro on her Twitter account which has 239.8k followers, Mendes grew up playing hockey. Apart from being a sporty girl, she is also into a breast cancer awareness campaign which she has shared on her Instagram in October 2019. Besides, Aaliyah is a good singer according to her brother.

In addition, the celebrity sister is also an animal lover. She has a dog named Oreo which she absolutely adored and keeps sharing on her Instagram. Further, she is a family-oriented person and has shared an abundant amount of family pictures on her social media.

As for food, she is a strawberry lover.

What Is The Net Worth Of Aaliyah Mendes?

Aaliyah is reported to have an estimated net worth of $300,000 as of 2023. She probably accumulates the money through her growing social media career and some of her modeling projects.

On the other hand, her famous singer brother Shawn Mendes has a fortune of $40 million.

Her Height And Middle Name