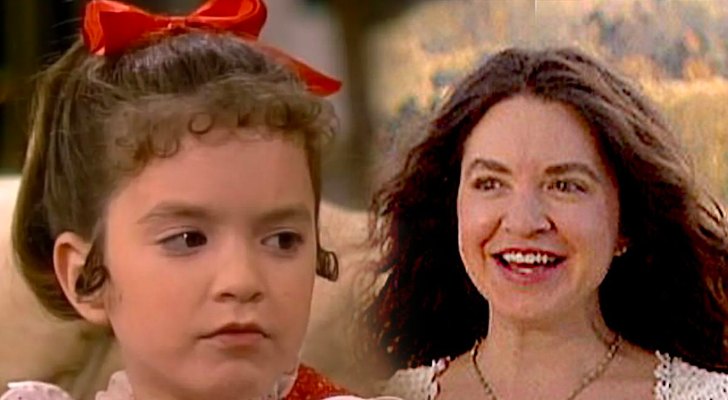 Tiffany Brissette is an American movie actress and voice artist. She is famous for her robotic character Vicki on the syndicated American sitcom Small Wonder (1985–1989). Further, she had a memorable presence on the television talk show The 700 Club in 1991.

Despite earning fame and money in the American Entertainment Industry, Tiffany left her acting career to join the medical field. She later became a registered nurse and started serving in a hospital. Well, where is Tiffany Brissette now? Is she married?

Today, this article will address many unknown details about a former child actress Tiffany Brissette including her age, her Instagram, married life, net worth, and many more.

When Was Tiffany Brissette Born? Her Early Life And Education

Tiffany was born ‘Tiffany Michelle Brissette on December 26, 1974, in Paradise, California, the United States. As of 2022, she is 47 years of age and has the birth sign Capricorn. The former child actress spent most of her early days in San Diego alongside her parents.

At the age of 2, Brissette entered the talent competition through the encouragement of her mother. From then, she started appearing in the entertainment industry as an artist.

Talking about her education, she completed her high school at San Clemente High Scholl. For further study, she enrolled at Westmont College in Santa Barbara, California, where she earned her 4 years bachelor’s degree in Psychology.

Besides, Tiffanny belongs to the Caucasian ethnicity and is of American nationality.

A long way before she received her diploma degree, Tiffany was already a known face on Television. In 1982, at the age of 8, she debuted as a voice artist in the TV movie A Woman Called Golda.

Then, she appeared in the TV miniseries Marco Polo. But her big break came up with the 1983 movie Heart Like a Wheel opposite Bonnie Bedelia and Beau Bridges. Further, she did several series and movies like New Love, American Style, Websters, Fox’s Fun House, and many more.

Among all her work in the movies and series, she was most popular for the portrayal of a Robotic girl in the 1985 syndicated series Small Wonder for which she got a Young Artist Award five times, from 1985 to 1990. But with some unfortunate situations, the series was canceled after 3 years in 1989. After the cancellation of the show, she moved to another series named Parker Lewis Can’t Lose in which she portrayed the role of Annie Ricker.

Eventually, in the year 1991, she performed as a professional actress for the last time in the TV series Equal Justice. In addition, as a child artist, she also did numerous TV commercials for toy and juice companies like Florida Orange Juice, Kidco Toys, Care Bears, and several others.

She Last Appeared On Television In 2009

After she left professional acting, she appeared as a guest in some television shows between the years 2007 to 2009. She was seen in ” Where Are They Now?” segments on Good Morning America Weekend Edition in 2007.

Her last screen appearance was on The Morning Show with Mike & Juliet in 2009. She has since been completely away from the spotlight.

In the early 1990s, Tiffany decided to leave the entertainment industry so that she could live a normal life. After she bid goodbye to act, she earned a degree in Psychology and since then she is involving as a counselor and further worked as a nurse in Boulder Community Hospital in Colorado. Tiffany has been a registered nurse since 2007 & has been serving as a full-time employee.

But, prior to becoming a nurse, she worked as a nanny in Boulder, Colorado. Moreover, a former child actress is also actively involved in Variety Club Telethon in Des Moines, Lowa, which helps children suffering from Terminal illnesses.

She Is Also A Marathoner: Know Her Hobby

Besides her acting and her profession, she is also interested in games. On March 2, 1997, she took part in Los Angeles Marathon. By finishing the target at 4:33:06, she acquired the 91st position among 5,312 females and 101 among 545 people of her age group.

Likewise, she is also interested in Horseback riding. So, whenever there is spare time, she rushes for Horseriding.

When talking about her relationship, there is no exact information about Tiffany whether she is married or dating somebody. The former child actress is living a completely private life since her departure from the acting field.

In this regard, we can just make assumptions that she may be married since she is already a 47-years old lady or maybe she is single. Anything can be possible until she herself comes forward and officially make an announcement on her love life or let’s say married life.

Where Is Tiffany In 2022? Her Social Media Presence

As we said earlier, she is a registered nurse at Boulder Community Hospital in Colorado. So, it is obvious to say that in 2022, she is continuing her profession as a nurse in the same hospital serving and taking care of her patient.

Moving on to her Social media presence, she is on Twitter under the username @smallwondervick with 224 followers. Further, she is also on Facebook with 450 friends. As per our research, Brissette currently has no account on Instagram.

As of 2022, Tiffany is believed to have an estimated net worth of $1 million. She may have bagged a lot of amount from her acting career.  Moreover, she is a registered nurse and has been working in Boulder since 2007.