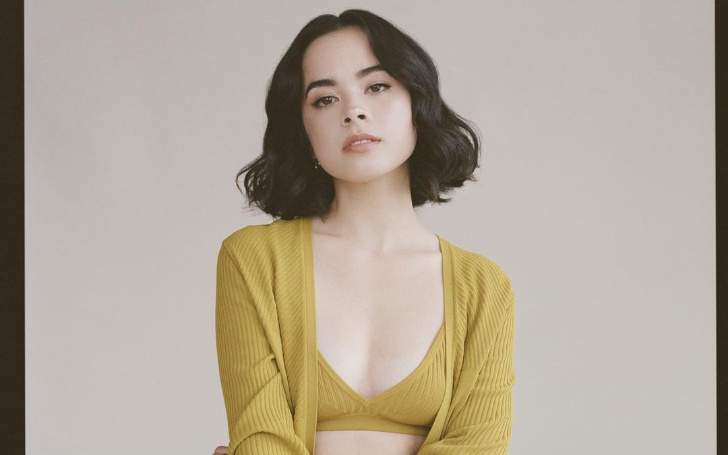 Julia has been in the acting field since the year 2017, however, she came into the spotlight after entering Fear Street Trilogy. With the role of Kate, all of sudden, she became one of the most researched young artists in the American Entertainment Industry.

So, today, we are here to explore the known and unknown facts regarding Julia Rehwald including her age, movies, and TV shows, her early life, Instagram, net worth, and many more. Stick with us till the end to know about your favorite actress.

When Was Julia Rehwald Born? Know Her Birthday And Wiki

Julia was born eldest to her Filipino parents in 1995, in California, the United States. The 26 years old actress celebrates her birthday on the 22nd of November every year. She spent most of her early life in her native land, California alongside her two siblings.

Besides, she belongs to the Asian ethnicity of Filipino descent and is American as per her nationality.

Is Kate from Fear Street Filipina?

Yes, Kate from Fear Street, portrayed by Julia belongs to the Filipino ethnicity.

Talking about her siblings, she has one sister, Joanna Rehwald, and a brother named James Rehawld. Julia’s sister Joanna is now a student at Portland Pilots, an athletic group at the University of Portland, as per her Facebook information.

Likewise, her brother, James graduated with a BBA in marketing in the year 2015. With this degree, he is professionally involved as a social media marketer and a video creator. He is hugely active in social media and creates interesting content for his audiences.

Well, if you want to see Julia’s brother’s content, you can visit his social media sites, especially his TikTok account under the username @jrehwald15, where he has 238.9k followers with 5.8 million likes.

In the year 2019, she got a big break in her acting career. She was signed for the American horror film series The Fear Street Trilogy alongside Ashley Zukerman, Fred Hechinger, and Jeremy Ford.

She Has An Interest In Horror Scene And Books

In being recognized as a horror movie actress, she disclosed how much she loved to watch horror movies and books since her childhood days. In one interview, she openly talked about her fantasy regarding the horror scene. She said she used to watch and re-watched several scary movies as a kid. In an exclusive talk, she told,

I was obsessed with the books as a kid and I also love watching scary movies.

Further, her hobbies include the activities like singing, dancing, and watching animated movies.

When Julia Rehwald Started As An Actress? Her Movies And TV Shows

Coming up to 2022, she already is listed as a promising actress in the American entertainment industry. Since her childhood, she used to do acting but her debut in the mainstream came out in the year 2017 with a short movie named Where’s Darren? , in which she played the character of Isabel.

Further, in 2019, she did the role of Courtney in an American-Filipino-based short movie named Mukbang Masarap. Following her roles in short movies, she got to play the most prominent role of Kate in the Fear Street Trilogy, a Netflix film series that provide her huge recognition as an actress.

The popular actress of Fear Street has made a handful of appearances in some TV shows. In the year 2021, she was seen in the TV series Popternative, and Steve Varley Show. Further, she also appeared on a podcast series titled Thanks for Coming In.

Julia Rehawld’s Personal Life: Is She Dating A Boyfriend?

The Fear Street actress does not seem to be in a romantic relationship till the present day. There are no updates or rumors regarding her love life and moreover, her social media account also does reveal if she has a boyfriend or not.

While saying this, it does not mean she is certainly single. There are a lot of possibilities that she may be having affair in private, after all, she is a grown-up adult.

Moreover, she also has a private TikTok account under the username @Julibee_maria with 72k followers. On Twitter, she doesn’t have her official account but her fan pages are available.

What Is Julia Rehawld Net Worth?

As a rising star in the World’s biggest movie industry, she, for sure, earns a decent amount. She is definitely amassing a lot of amounts. If we believe in the information provided by several online sources, Rehawld has an estimated net worth of $1 million.