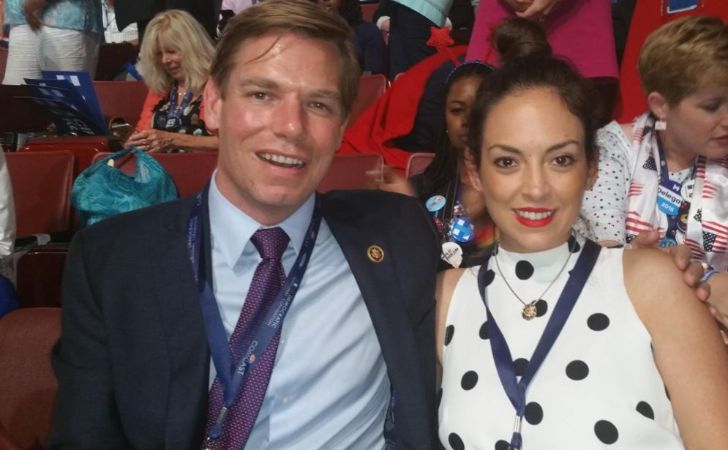 Do you know Brittany Watts? For those who are unaware, she is the director of sales for the Ritz-Carlton Resort in Half Moon Bay, California. But her fame in the media is not because of her professional accomplishments. She is rather recognized as the wife of a politician and current member of the U.S. House of Representatives Eric Swalwell.

As a politician’s wife, Watts has also been pretty much vocal on several important subject matters including the abortion ban in Alabama, and many more. Besides, Watts is a good mother as well. She has two children from her marital relationship with her husband Eric.

So what is more to know about Brittany? Well, here is a comprehensive bio of Brittany with details on her career, love life, earnings, and many other unexplored details.

Both her parents, her mother Dr. Kathryn L. Watts, and her father Dr. H. William Watts III are dentists by profession. As of 2022, her parents reside in Columbus, Indiana.

Well, Watts still shares a great relationship with both her parents. However, she barely makes any public appearances together with her dad and mom.

Talking about her education, she did her graduation from Miami University in Oxford, Ohio. As an educated individual, Brittany also leads a decent career and maintains a good lifestyle.

As an educated individual Brittany is also pretty Intelligent and competent. She works as a director of sales for the Ritz-Carlton resort in Half Moon Bay, California.

Apart from her career as a sales director, she also has an inclination towards politics. In fact, she has been publicly vocal about the abortion ban in Alabama and gender equality.

My wife Brittany is a force to be reckoned with. I stand with her and all women in this fight for basic human rights. pic.twitter.com/agFGvU3UlU

Not only this, but she also attends several events along with her politician husband. She was also present at the 2016 Democratic National Convention along with her husband.

She Is Married With Children

As we have already mentioned above, Brittany is in a beautiful marital relationship. She is married to the U.S. Representative for California’s 15th congressional district Eric Swalwell.

The couple got married on Oct. 14, 2016. As per the reports by the New York Times, their wedding was held at the Rene C. Davidson Courthouse in Oakland, Calif. And the most interesting thing is that the Alameda County district attorney, also a deputy marriage commissioner Nancy E. O’Malley reportedly officiated the marriage.

It has been over 5-years since they tied the knot and they are still going strong in their marriage. Moreover, from their relationship, the couple has also welcomed two children. Her son Eric Nelson Swalwell was born in 2017, whereas their daughter Kathryn Watts Swalwell was born on 24 October 2018.

The family of four lives a pretty sound life.

Her Husband Was Married In The Past As Well

Not many people know this but Brittany Watts’ now-husband Eric has been through an unsuccessful relationship in the past.

While he has not revealed the identity of his first wife and the reason for his divorce, he currently leads a beautiful relationship in the present.

As we mentioned, Eric is a successful politician, lawmaker, democrat, and represents California’s 15th congressional district. The 41 years old was born on November 16, 1980, in Sac City, Iowa, U.S.

While his father Eric Nelson Swalwell is the former police chief of Algona, Iowa, and his mother Vicky Joe Swalwell is a house maker. As of 2022, his parents live in Dublin, California.

Talking about his education, he did his schooling at Wells Middle School and later studied at Dublin High School in 1999. From 1999 to 2001, he attended Campbell University in North Carolina which was on a soccer scholarship. After he broke his thumb, which ended his scholarship, he transferred to the University of Maryland, College Park.

He finished his bachelor’s degree in government and politics in 20003. Following this he attended the University of Maryland School of Law, finally earning a Juris Doctor in 2006.

Is Brittany Active on Social Media?

In fact, Eric has over 23.7k followers on his verified Instagram account. Similarly, on his official Twitter account, where he goes by @ericswalwell, he has over 1.2 million followers. Needless to say, his social media posts are mostly his professional stuff, but he also occasionally gives insight into his personal life through his posts.