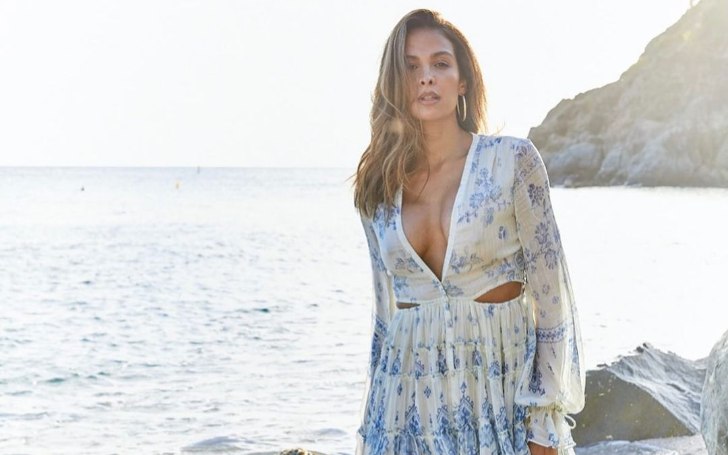 Felisha Terrell is an American actress known for her role in The Social Network (2010), Teen Wolf (2011), and  Shooter (2016). Apart from her movies and TV shows, she is also popular as the ex-fiancee of the NFL star Terrell Owens.

The former couple was also engaged to get married to Felisha. However, the duo called off her engagement shortly later. Well, what could be the reason behind her broken relationship with an NFL player? Did she get married again after the divorce? Does she have any children?

Today, this article will explore all the details about Felisha Terrell including her age, early life, parents, her career, past affairs, family, husband, and many more. Let’s get into it.

Felisha Terrell Is Chicago Native: Details On Her Early Life

Felisha was born on March 16, 1979, in Chicago, Illinois, the United States which make her 43 years old as of 2022. She spent most of her early days in her hometown alongside her loving father Venice Laymone Terell and her mother Judy M. DuMont.

As for education, she studied at the University of Lowa, and there she served as Chair of Student Publications Inc. Terrell graduated in 2001 with honors from the University and started working in pharmaceutical sales.

Besides, Terell belongs to a mixed-ethnical race as her mother had English, German, Scottish and distant French ancestry while her dad was African American. She is American by nationality.

Felisha Terell Started Her Career As A Model

Talking about her career in the American entertainment industry, she first rose as a model. Felisha worked as a model for the modeling agency named Ford/Robert Black Agency based in Scottsdale, Arizona. Later, in 2006, she decided to pursue her career in acting and shifted to Los Angeles, California, where she took some acting classes too.

As time passed, her efforts started making sense, and she did small roles in the movies like Get Smart and the HBO show Entourage. Finally, in the year 2009, she got her first break in the daytime soap opera Days of Our Lives where she portrayed the role of Arianna Hernandez. But unfortunately, within a few months, her three years contract with the show was dismissed and she left the show.

Coming up to 2022, there is a great list of TV series in which Terrell has acted. In Television, she did a series like CSI: Crime Scene Investigation as a competitive reporter in the Episode ‘Dead Air’ in 2013. Within the same year, she appeared in the series titled The Goodwin Games and Teen Wolf.

Further, she has acted in some of the episodes of the TV shows like Marvel’s Agents of S.H.I.E.L.D, Survivor’s Remorse, supernatural TV series The Spear, Utopia, and many more. Talking about her movies, she began in the year 2008 in a small role as a control assistant in the movie Get Smart. Later, she acted in the films like The Social Network, A Violent Man, Fear Clinic, The Tomorrow War, and numerous others.

Lately, in 2021 and 2022, she has been involved in TV series like Queens and Dynasty. Further for 2023, her new project is already announced; she is going to act in the new TV series named The Company You Keep alongside Sarah Wayne Callies, James Salto, and Tim Chiou. Regarding this, On May 20, 2022, she wrote on her Instagram,

The title of this show is so fitting because WOW am I in great company!! Incredibly grateful for the opportunity to play with such an out of this world cast and creative team!!

Is Felisha Terrell Married? If Yes, Who Is Her Husband?

A Chicago-born actress Felisha is not married till today. But, she is happily in a relationship with Donae Burston (aka Thurston Burston), the founder, and CEO of La Fête du Rosé, a wine company. Going through Donae’s Instagram, it seems the duo is at least together since 2016. We can assure this because on September 3, 2016, Burston for the first time posted a photo of  himself together with the actress captioning, ‘Excuse me miss, what’s your name?’

Since then, the couple has openly admitted their feeling toward each other on their respective social media accounts. Moreover, Felisha and Burston are now a family with a son together.

The now-couple shares a strong bond and keeps posting their beautiful and happy moments with each other on their respective Instagram accounts.

She Has Had A Few Boyfriends In The Past

Prior to her relationship with Donae, Felisha was in a love affair with Cincinnati Bengals wide receiver, Terrell Owens. They began seeing each other in 2004. The couple even got engaged to be married but the situation later turned bitter.

Eventually, the pair called off their engagement in 2006 and the issue between the two was drawn to court in 2008. Terell accused her ex-fiancee of being abusive towards her. She further complained that Owens stalked and threatened her. But, after a while, Felisha settled her differences with her ex-partner and ended up on good terms.

Felisha Terrell Is A Mother Of A Son

As we mentioned above that she shares a son named Noah with her current partner Donae Burston. Her son, Noah was born on August 12, 2017. On her son’s arrival, Felisha shared her post alongside her infant son on August 17, 2017, with a caption,

Welcome to the world my son! I love you more than words could ever express. Thank you my love @thurstonburstoniii for this beautiful gift! My hope and prayer is that you, Noah, my beautiful baby boy will be a light of love in this world because you sure are in mine. ❤👶🏽💙

As of 2022, her only child Noah is 5 years of age and is a kindergarten student.
On August 10, 2022, Felisha again shared her son’s post in her Instagram captioning, “The future is BRIGHT! ⭐️ #firstdayofkindergarten”. Her son even has an Instagram account under the username @iamnoahkellan.

Donae’s partner, Felisha is hugely active on Instagram under the username @felishavictoriaterrell with 15.8k followers. Her Instagram introduces her as an ambassador of Sakara life, a signature nutrition program.

What Is The Net Worth Of Felisha Terrell?

A 43-year-old actress has been actively involved in TV series and movies since 2008. So, it is obvious to say that she has amassed quite a good amount of money. She has a net worth of $1.5 million as of 2022. Her major income source is her acting career.