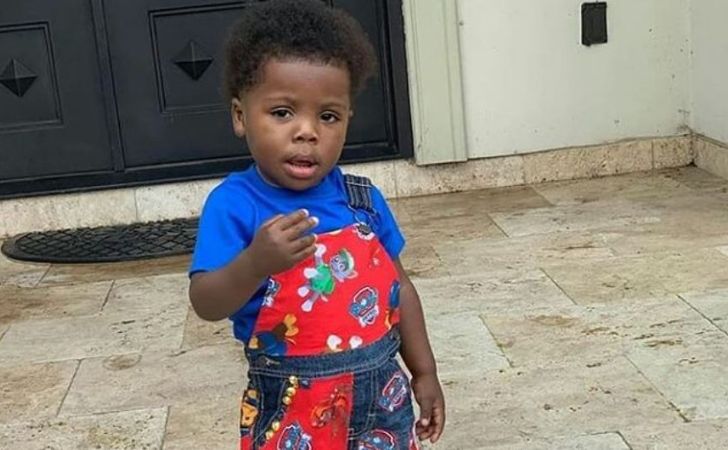 Do you know YoungBoy Never Broke Again? Well, he is a successful rapper, singer, & songwriter. And like him, his third child Kamiri Gaulden often comes into the limelight. No, he is not a rapper or a singer like his dad but enjoys equal fame and a luxurious life.

Also known as K3, Kamiri is just around 3 years of age. Along with the rest of his siblings, Kamiri enjoys a peaceful life. But what else? Here in this article, we are going to unravel some interesting facts about him along with his parents.

Be with us if you want to know the untold details.

As we just mentioned, Kamiri was born as the third child of rapper NBA YoungBoy on July 6, 2017. He was born from his relationship with musician Starr Dejanee.

YoungBoy, who became a father at a pretty early age, shares a great relationship with Kamiri as well. But unfortunately, the rapper is no more together with Starr. However, despite their break up, the former couple has been raising Kamiri together.

In the same way, Kamiri too seems to enjoy his time with both his mom and dad. Besides, Kamiri’s mother Starr also has another child Kamron Gaulden, who is not from her relationship with YoungBoy but from her promiscuity. Despite that, YoungBoy has adopted the kid and is raising him with all his will.

If you didn’t know, Kamiri’s father NBA YoungBoy is the father to seven children including Kamron, who is not his biological child. And the most interesting thing is the all of his kids are born from his different relationships.

NBA YoungBoy welcomed his first child Kayden Gaulden on July 4, 2016. He was born from his relationship with his ex-girlfriend Nisha. And the most interesting part is that YoungBoy was merely 16 years old at the time of Kayden’s birth.

Well, Kayden is over four years of age now and is enjoying his life with his famous father. Also his parents NBA and Nisha, unfortunately, never married and are no more together.

The cute little Taylin Gaulden is the second child in the family. He was born on March 19, 2017, in Louisiana, the United States. He was born from NBA’s relationship with his other girlfriend Niya.

Unfortunately, Niya and YoungBoy are no more together.

Kamiri’s Younger brother Kamron Was Born From His Mother Infidelity

Kamari also has a younger brother Kamron who was born from his mother Starr Dejanee’s infidelity with another man. The fact that Kamron was not YoungBoy’s biological child was found after a DNA test.

Wanna Be First To Tell Yall I Officially Found Out Baby K Isn’t My Child, But The Man I Am I’m Going To Keep Raising Him Like He’s Mine I Can’t Lie It Hurt To Find Out The Truth But Life Goes On

Not long ago, Kamiri Gaulden got to see another sibling Kodi Capri. The sixth child of NBA, Kodi was born on November 26, 2020, from his relationship with Drea Symone.

The newborn baby girl was 7.5lb at the time of birth. The mother of the child took to Instagram to announce the news where she posted a photo of her daughter’s hand. In the caption, she wrote,

November 26th 2020, on Thanksgiving Day, I was given a 7.5lb reason to become more thankful. I’ve been caught up cherishing the days after… it’s safe to say my heart is full!! Kodi Capri…

Kamiri’s father’ YoungBoy became the father of the seventh child in January 2021 from his relationship with Floyd Mayweather’s daughter Yaya Mayweather. Yaya announced the news via Instagram where she shared a photo of her child’s foot.

Well, Yaya’s father Floyd had earlier confirmed the news of his daughter’s pregnancy with NBA’s child. In a statement with Hollywood Unlocked, Floyd had said,

“I just want the best for my daughter. Always want the best. If that makes her happy, then we’re happy. Me and her mother are happy. But what I try not to do is get in her personal business. Because once she’s no longer under my roof, then it’s between her and her better half

Besides, the kid was born just a couple of months after his sixth child with Drea.

Not many know but the young Kamiri is already on social media. He has his own Instagram account and he seems pretty active on there. Well, the star kid already has over 700 followers on his Instagram, where he goes by Kamiri Gaulden.

Besides, Kamiri seems pretty close to his mom Starr and often shares photos with her on social media.