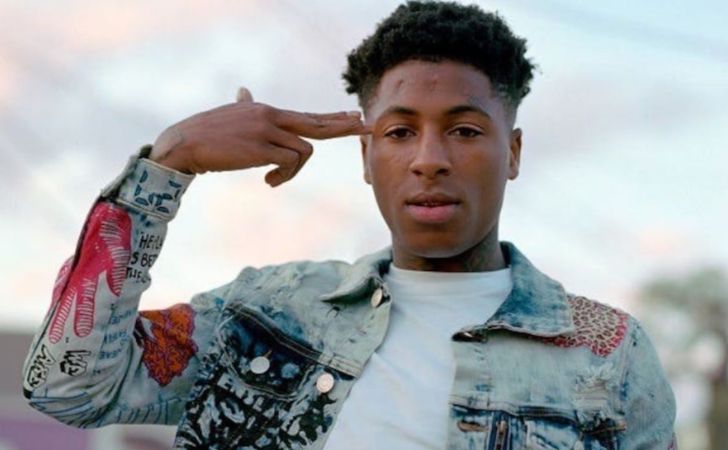 Kayden Gaulden is the oldest son of an American singer, songwriter, and rapper YoungBoy Never Broke Again. As a star kid, Kayden got decent exposure in the media and is already immensely popular.

He often features on his father’s Instagram posts and apparently he shares a great relationship with his parents. Besides, he also has four half-siblings and they share a good bonding together.

Kayden Gaulden Is The oldest Son of NBA Youngboy

The oldest child in the family, Kayden Gaulden was born on July 4, 2016, in Los Angels, CA. He was born to rapper-father NBA Youngboy, aka, Kentrell DeSean Gaulden, and his ex-partner Nisha.

The most interesting thing is that he was born when his father Youngboy was just a 16 years old teenager. While his parents never married and have already separated, Kayden currently enjoys the luxury of being a star kid.

The four years old currently lives with his father and is apparently enjoying his life.

He Has Four Younger Siblings

Well, let’s discuss his siblings one by one.

Taylin, also famous as Tay Tay, is the third child of Youngboy. He was born on March 19, 2017, in Louisiana, the United States. Though he shares a common father NBA with Kayden, he was born to his mother Niya.

Kamiri Gaulden, also recognized as K3, is the third child of the NBA. He was born on July 6, 2017, from his relationship with his girlfriend musician Starr Dejanee.

The youngest in the family, Kacey was born on February 13, 2019. He was born from his father’s relationship with Jania Bania. Well, Kacey is still very young.

Kamron was born on July 19, 2016. Though Youngboy treats him as his own child, Kamron is not his biological child, as claimed by most of the tabloids. He was instead born from his mother’s promiscuity.

“Wanna Be First To Tell Yall I Officially Found Out Baby K Isn’t My Child, But The Man I Am I’m Going To Keep Raising Him Like He’s Mine I Can’t Lie It Hurt To Find Out The Truth But Life Goes On.”

Kayden Gaulden Has a New Sibling on The Way

An article in DailyMail stated that YoungBoy is expecting a new child with Yaya Mayweather, daughter of retired boxer Floyd Mayweather. The news about Yaya’s pregnancy came after she posted a dancing video wherein her baby bump was pretty much visible.

The two have been reportedly dating on and off for over two years now.

Kayden Gaulden’s Father Is a Rapper

Born in Baton Rouge, Louisiana, Kayden’s father Kentrell DeSean Gaulden, NBA YoungBoy is a successful rapper, singer, and songwriter. Starting off a career in 2014, Kayden has already achieved huge success in such a short span.

So far, he has released numerous successful albums and is tagged as one of the prominent rappers.

Kayden’s father NBA Youngboy has moved on from one relationship to another every now and then. Following the birth of Kayden with girlfriend Nisha, he has dated numerous women.

Niya(Trinia “Nia”): One of Kayden’s father’s relationships was with Niya. In fact, NBA and Niya’s relationship was merely a one-night affair. If sources are to be believed, the couple has since not been together.

Starr Dejanee: One of YoungBoy’s longest relationships was with Starr. They also welcomed a son Kamiri from their relationship. Further, Starr also had Kamron while still in a relationship with YoungBoy, but Kamron was reportedly a result of her infidelity.

Besides, Starr is a successful businesswoman and is also popular on Instagram.

Jania Bania: Jania is also one of YoungBoy’s girlfriends. They began dating in 2018 and also welcomed Kacey in 2019. Talking about Jania’s professional life, she is a successful social media influencer with a huge dominance on Instagram.