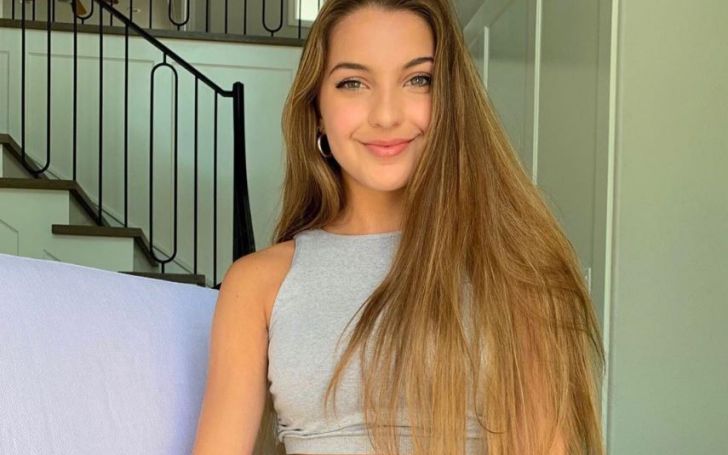 Fans have always been curious about social media personality, Lexi Rivera dating life. Though there appears a man in her video whom she often calls boyfriend, there isn’t any official confirmation.

You might have already guessed what boyfriend are we talking about. But the question here is, are they really couples? or is it just for the sake of entertaining her audience?

As of 2023, Lexi is rumored to be dating fellow influencer Andrew Davila. The speculation of their relationship began after Rivera uploaded a video on her channel that was titled, “MY EX MEETS MY NEW BOYFRIEND” where Andrew appeared as her new boyfriend. However, in the begining of the video she clearified that they were not dating but were rather a good friend and that it was just a prank.

But despite the disclaimer, Lexi’s fans believe that Lexi and Andrew are dating in 2023. The rumors are going strong also because the two often appear on each others social media posts. That said, we might have to wait until the rumored couple make a confirmation about their affair.

Is Lexi Rivera Dating? The truth about her Relationship with “boyfriend” Ben Azelart?

Ever since breaking out as a web star, queries like who is Lexi dating? or about her boyfriend have been plaguing the internet. Regardless, Lexi remains mum about the matter. Nevertheless, her social media profiles beg to differ.

If rumor mills and the fandom are to be believed, the TikTok queen Lexi was dating, Ben Azelart in 2021. However, the two broke up by the end of 2021.

Well, her ex-boyfriend Ben is a skateboarder turned YouTuber. Having said that, the confirmation is yet to come from the two.

Speculation about their romance started after Ben joined Lexi’s family vlogging genre. In this fold, Lexi displays Ben as her boyfriend or crush and her siblings try to interrupt their romantic moments.

Ever since she started making videos with Ben, let’s be honest, we’ve all been shipping the duo as they make an adorable pair.

If you’re following Lexi for some time then surely you came across many of her posts wherein she often remarks Ben as her ‘boyfriend’ or ‘crush.’

From faking a pregnancy to going on a honeymoon to marrying, there’s nothing Lexi and Ben has done that differentiates them from a regular couple.

These videos are just for entertainment, however, it definitely shows where the lovebirds stand at the moment. It’s obvious they have an intimate bond.

As if their YouTube videos and TikToks weren’t enough, Lexi further fueled a romance rumor with Ben earlier this year in 2020. On the occasion of Valentine’s Day, she added a picture with Ben.

The caption didn’t give out much about their lovey-dovey, the photo spoke a thousand words if not millions. What’s more, fans were quick to comment and the majority of them shipped the duo.

But wait, there’s more! In late 2019, she added yet another snap with her partner in crime. In the picture, she is sitting on his lap as they wore matching outfits.

Well, both Lexi and Ben’s social media accounts are full of such pictures and we’re pretty sure they are more than just friends.

Nevertheless, unless she green lights her affair, all we can do is wait for Lexi Rivera dating confession.

Lexi said she is not Dating anyone in a Video

It was a rather shocking moment to witness when Lexi went on the record and clarified her relationship status. In May 2020, she collaborated with Awesomeness TV and answered the internet’s most searched questions about herself.

When the question came, who is she dating? She gave a straightforward response and said, “I am not dating anyone, at the moment.”

You can watch the full video here!

Similarly, in 2018, Ben also stated he is single in a Q&A video but has a crush on someone. Maybe that someone is Lexi.

Many of you are probably bummed to hear that but fret not, she has also mentioned she will soon date someone. Who knows, maybe Ben is going to be her boyfriend.

Has Lexi Rivera dated in the past?

Short answer, yes and no! Tabloids claim the 19-year-old was once going out with a guy named Will Gleason.

Back in 2017, Rivera shared in which Will is carrying her on his back as they pose for a photo.

Her fans while going through her old photos on Insta, bumped into this one. In the comment section, they are asking questions if they are or were dating?

A few of them even called her out and stated she is cheating on Ben. But before you guys lose your patience, let us answer a few questions right away.

First, Lexi is certainly not dating Will. Secondly, he himself is in a relationship with someone, so no way he has an affair with Rivera.

As for cheating on Ben, Lexi and Ben are yet to address the dating rumors so we can’t call it infidelity just yet.