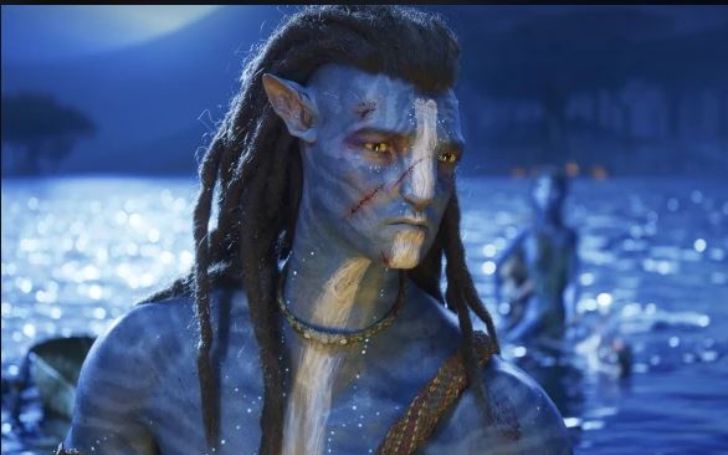 Avatar The Way Of Water is finally hitting theaters after more than a decade-long wait. It is a sequel to the 2009 mega-blockbuster film, Avatar, the highest-grossing movie of all time.

While hardly anyone dares to question the artistic ability of director, James Cameron and his films, some ongoing factors are apparently looking strong enough to impact the film’s box office success.

The film already has a lot of hopes to meet. Considering the thirteen years it took to be a final product, the question of how will it fare with moviegoers is a lingering concern. There are also those new sets of hurdles for The Way Of Water since a lot has changed in the years it has been in production.

So here are five reasons why will Avatar 2 flop at the box office or won’t be able to meet the said expectation.

The extremely high production cost and the time it has consumed have made this film’s box office expectations the biggest test for Cameron. For the movie, the definitive meaning of success would be $2 billion and every ticket will count.

Cameron told GQ that for Avatar 2 to become profitable, it has to be the third or fourth highest-grossing film in history. That means it has to match the likes of Star Wars The Force Awakens ($2.07 billion) and Avengers: Infinity War ($2.05 billion). However, people have been expecting it to be a lot more than that, possibly a historic milestone at the worldwide box office.

Find Out: The Individual Salary Of Avatar 2 Cast

It’s well-established fact that Hollywood also needs China to make itself box office king or at least hit the billion-dollar market. But the largest theater business area isn’t totally without the pandemic problem of 2020. Several blockbuster films couldn’t meet their full potential because the Chinese theaters couldn’t entertain those projects due to its lockdown protocol. Spider-Man No Way Home missed out on almost half a billion-dollar because the film didn’t get China market.

Avatar too might have a similar problem. Zero covid protests are still happening in the country with occasional lockdowns. This implies Avatar 2’s run in China is a question mark.

Hollywood is also yet to fully recover from the pandemic loss.

3) There May Be A Competition For the Movie

Worth noting is Disney movie doesn’t have that much success when it comes to the Holiday season. There are usually other family-themed films and quite in number to give the audience various choices.

But fortunately, the Jamie Flatters starrer doesn’t have that many or big of competition. However, there is one unlikely yet possible contender for Cameron’s multimillion-dollar sequel. It is the DreamWorks animated movie, Puss in Boots. The movie thanks to its studio reputation has been garnering positive prerelease buzz. It furthermore has a 98 percent audience score on Rotten Tomatoes and is also a family-friendly film not to mention animated which also attracts a large number of a child audience. What’s more, the reason that analysts have been taking this movie seriously is that DreamWorks’ previous release, Minions: The Rise Of Gru had an expectation-defying $125 million opening weekend.

2) Avatar 2 Is Releasing In Different Time/Era

Times are far different than what they used to be when Avatar’s first sequel hit theaters in 2009. We are especially talking about the film and television market. Streaming services have made the point of going to theaters arguable. Although Avatar 2 deliberately will stay in theaters for a longer period, once it goes into the library of Disney Plus, it will be a question of whether or not people are going to leave their couches and want to go to the cinemas for re-release, something from which the first movie benefited a lot.

Unlike MCU or DC movies Avatar does not have the built-in generation of a fanbase to carry a franchise. It depends on a global audience and does need a mainstream buzz to become successful. Having said that it calls for a question of whether that is going to be enough for it to be profitable or not.

The performance of the film’s trailer on YouTube is also of concern. Avatar 2 trailer roughly garnered forty million views, taking about thirty days to do so.

1) Avatar The Way Of Water Isn’t That Unique

The main earmark of the Avatar franchise is its groundbreaking visual effects and theatrical displays. These are what the moviegoers praised about the first film and they still talk about it. However, in terms of story, it wasn’t any different from what Hollywood has been seeing for years. The first movie’s plot seemed like it took inspiration from films like Pocahontas, Clash Of The Titans, Dune, Dances With Wolves, A Man Called Horse, Atlantis: The Lost Empire, and others.

Now it is a matter of fear if the sequel is also following that route and it’s doubtful if impressive CGI is still going to allure people to be on for rewatches and re-release. Furthermore, the current trend for movies to become convincingly box office success is to keep making the audience want to go to the theaters all the while giving them sequels upon sequels to keep the story and appeal rather fresh eg MCU and the Star Wars franchise. Avatar 2 has 13 years gap between itself and its predecessor. It’s probable that even with the marketing, people are tired and have become forgetful of what it was and what it promised to be.

Avatar 2 May Still Be A Big Success

Disney has almost monopolized the theater slots for this film. They have made sure that the sequel is the only show in town. The film indeed has almost no competition during the holiday season it will have its run in the theaters. At least there are no tentpoles or superhero blockbusters set to come particularly from MCU or DCU. Some of the notable films that will arrive in theaters during the Avatar 2 time frame include Top Gun Maverick (the re-release), Violent Night, The Whale starring the iconic actor, Brendan Fraser, and I Wanna Dance With Somebody. All of the aforesaid films won’t give much trouble to The Way Of Water’s collection run.

Early projections have reported that the film is certain to make $150 to $175 million domestically although a big number of Avatar 2 directors and the rest of the team from the production side are banking on the film doing extremely well, especially in the international territories.

It is expected to do good in 3D as more than 90 percent of the audience saw Avatar re-release in 3D.

While the franchise doesn’t have a generational audience or particular fanbase, the world of Pandora does make the general audience flock to the theaters with similar enthusiasm. When Avatar made its last re-release, the film made $30 million globally on its opening weekend with $20.5 million coming from foreign countries. It without a doubt is an impressive number for a re-release. Before that, the 2021 re-release in China made close to $58 million.

Is Avatar 2 The Way Of Water Going To Be On HBO Max? Or Any Streaming Platforms

Avatar 2 Casts Salary: How Much Did Actors Charge For Avatar: The Way Of Water