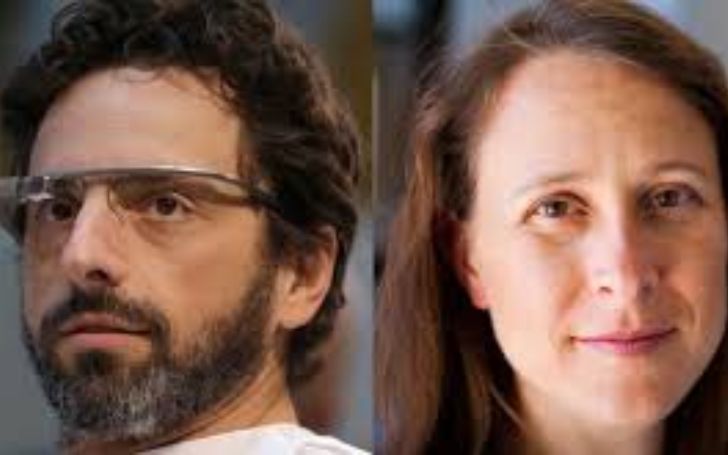 Benji Wojin is the only son of an American business magnate and computer scientist Sergey Brin and his first wife Anne E. Wojcicki. His father is most known as the co-founder of one of the biggest online companies that predominantly focuses on the search engine called Google.

Since Wojin is the son of one of the most successful businessmen in the world, it is obvious that everyone is curious to know about the lifestyle the star kid is living now. Therefore, here, we have come up with several unknown facts about Benji including his upbringing, his parent’s marriage, and more.

How Old Is Benji Wojin? His Childhood And Age

Benji Wojin is 14 years old as he was born in November 2008, in the United States. He was born to his father Sergey and Anne Wojcicki. Brin once disclosed that he had a genetic mutation that gives his son a higher risk of getting Parkinson’s disease.

So, when Benji turned one, his father planned to contribute his and his son’s DNA to a large study to reveal the genetic roots of Parkinson’s disease. The research was conducted by his mother Anne’s company, 23andMe.

Besides, Benji spent his early life like any other kid. However, his parents have kept him far from the media. So, there isn’t much information regarding his schooling and personal life.

Apart from this, Wojin has one younger sister named Chloe Wojin. His sister is now around 11 years old.

Benji Wojin Is A Member Of A Genius Family; His Grandparents

Benji is born into a family of geniuses. Not only do his parents have sharp minds, but so do his grandparents. His paternal grandfather Mikhail is a retired mathematics professor at the University of Maryland. Similarly, his paternal grandmom Eugenia Brin is a researcher at NASA’s Goddard Space Flight Center.

On the other hand, Benji’s maternal grandmom Esther Wojcicki is an educator and his granddad Stanley Wojcicki is a physics professor emeritus at Stanford University.

Wow! Talk about winning the genetic lottery. Safe to say, Benji has it all, the brawns and the brains.

Benji Wojin And His Father Has Been Mining Ethereum

Benji and his dad mined Ethereum together. It all started when Benji asked for a gaming PC. His father quickly said yes, but he gave him the condition that they will also mine crypto from the desktop. His father personally found the technology to be mind-blogging while on the other hand, Google became slow to explore blockchain technology.

Hence, when they bought a gaming PC, they started mining cryptocurrency. At a blockchain conference conducted by Sir Richard Branson in Morocco, the co-founder of Google said,

“A year or two ago, my son insisted that we needed to get a gaming PC. I told him, ‘Okay, if we get a gaming PC, we have to mine cryptocurrency. So we set up an ethereum miner on there, and we’ve made a few pennies, a few dollars since.”

Benji Wojin’s Parents Were In A Marital Bliss For Nearly A Decade: Why Did They Separate?

Benji Wojin’s parents walked down the aisle in May 2007, in the Bahamas. Their wedding was very low-key with only around sixty guests. Their actual ceremony was held at a nearby sandbar in the Bahamas. However, they haven’t disclosed the actual location. As per the rumors, they married at Musha Cay.

Besides, their marriage was no surprise, as they were a good friend for several years. In fact, Benji’s father Sergey’s journey in creating Google began at his aunt Susan Wojcicki’s garage.

However, after eight years of marriage, the couple divorced. They were already living separately two years before their divorce. According to reports, it is believed that Benji’s father was unfaithful in their relationship.

Apparently, Wojin’s mother found illegal email exchanges between her ex-husband Sergey and a young Google employee named Amanda Rosenberg. Evidently enough, his father moved out of the $7 million Los Altos home which he shared with his ex-wife Wojcicki after confirming his relationship with Rosenberg in 2013.

On the other hand, Benji’s dad is currently married to Nicole Shanahan, an attorney based in California. They exchanged vows on November 7th, 2018. Wojin’s mom, however, is single and not married to anyone, as of yet.

Back in 2019, Benji’s mother was at the private Maroon Creek Club in Aspen, Colorado, attending an elite business leaders conference. While at the event, her infant daughter was hungry. Unfortunately, they didn’t let her breastfeed her daughter inside the hall.

So, she went to a booth near the first hole of a nearby golf course. Then, she sat down on a bench and began nursing. But, she had no idea it was the place where only people with membership were allowed. Later, an employee came near her and told her she should breastfeed elsewhere.

“As a breastfeeding mom, I have to feed my baby in all kinds of less than ideal places. Yesterday at #MaroonCreekClub in Aspen I was sitting on a stool in the check in area feeding my 3mo old when I was kicked out by an employee and moved to the ground outside.”

A similar kind of incident happened to her before this when she was in an interview with high-profile people at the Allen & Company Sun Valley Conference. She asked, “I’m sorry, but I have to feed her.” The man replied hesitatingly, “Now?”

As a celebrity, she has to face this sort of problem, and she says she wants to help normalize breastfeeding including at her own company.

Although Benji’s parents are divorced, they run The Brin Wojcicki Foundation together. Till now they have donated to many charity foundations like The Michael J. Fox Foundation. Back in 2009, they even gave $1 million to support the Hebrew Immigrant Aid Society.

In 2008, his father Sergey decided to donate what he can to the University of Maryland School of Medicine in order to help quench Parkinson’s disease. In fact, he has donated $1 billion to fund research on the disease. For those of you who don’t know, Wojin’s grandmother Eugenia was diagnosed with Parkinson’s disease.

The co-founder of Google has also donated to Democratic Party organizations and candidates. He contributed $30,800 to the DNC (Democratic National Committee) and $5000 to Barrack Obama’s reelection campaign.

Benji Wojin isn’t active on any social media platform be it Instagram, Facebook, or any other handle. Apart from his mother Anne, none of Wojin’s family members is active on social media handles.

His mother is active on Instagram under the name @annewoj23 with over 9k followers.

Net Worth: Benji Wojin Is the Child Of A Billionaire: Where Is Benji Now?

Benji Wojin comes from a family of a billionaire father. His dad has an estimated net worth of $77.5 billion as of 2023. His pops earned his fortune as the co-founder of Google. The business magnate is ranked 12th amongst the richest people in the world.

His mother Anne isn’t any less. The CEO of the genomics company has a total net worth of $800 million. Besides, talking about Benji’s whereabouts, he might be living with his father’s recently bought home in Point Dume, Malibu, California.

Meanwhile, as per the official reports, his mother is still living in the same place.