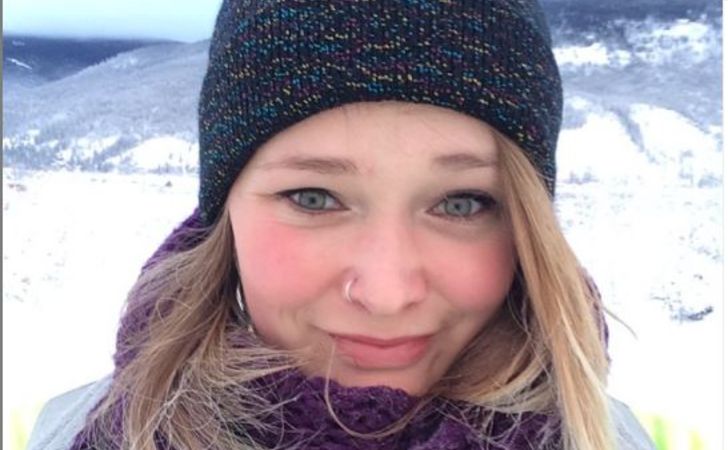 Monica Beets is a Canadian miner and a TV personality known for her work in the discovery channel series Gold Rush. She is also recognized as the daughter of TV personality Tony Beets & Minnie Beets.

Apart from her professional life, Beets is also known for her love life. She is married and leads to a beautiful relationship with her husband. But does she have any children from her marriage?

Here in this article, we will talk in detail about her career, wedding, and her net worth at present.

The Gold Rush star, Monica Beets was born on 7th November 1993, in Dawson City, Yukon, Canada. A miner herself, she was born in a family of miners. Both her father Tony Beets and mother Minnie Beets in the reality TV series Gold Rush.

She is not the only child to her parents but has four older siblings, brother Kevin, Tony, Mike, and sister Bianca. While her siblings are in the media industry, they are not as famous as her. Anyway, they share a great relationship.

Career: She Is Known For Work In Gold Rush

Coming from a family of miners, Monica learned to mine very early in life. as per the sources, she has already mastered the art of mining and operating heavy equipment by the age of 12. When she turned 16, she was already assisting her father in mining operations.

At the age of 18, she has earned the position of a supervisor at Paradise Hill. And finally, at the age of 21, she made her debut in the Discovery Channel reality show “Gold Rush” in the fifth season.

Monica gained instant recognization as the Beets crew member. There she handled all the essential daily activities and directed men twice her age.

Since the fifth season of the show, Monica has been a regular on the show. For the shooting of Season 11, amid a pandemic, when most of the production crews were absent, Beets handled a part of the filming duties.

The eleventh season of the show premiered on 23rd October 2020.

Monica Beets Is a Married Woman

The 27 years old Monica is married to her boyfriend turned husband Taylor Mayes. They got married on 11 August 2018, in Dawson City, Yukon. The footage from her wedding was also featured on the weekend episode.

The ceremony was attended by her family members, Tony, Minnie, her brother Kevin, and the other members of the show as well.

While Monica’s husband looked dapper in the black suit, she wore a full-length armless and backless wedding gown with a beautiful lace train for the occasion. Both her parents were also neatly dressed; her mom Minnie looked stunning in a beautiful floral dress and her father wore a tailored suit.

Well, Monica and her husband Taylor are married for 3 years now, but the couple has no children yet. Hopefully, the duo welcomes kids soon.

Beets os pretty active when it comes to social media. She is on Twitter, and Instagram and has a fan page on Facebook with over 120k followers.

As of 2020, she has over 78k followers on her Instagram. Likewise, on her official Twitter, she flaunts a total of 44.6k followers.

Well, most of her social media posts are her daily activities and her professional works.

How Much is Monica Beets Net Worth?

No doubt, Monica has a really huge sum in net worth. However, she has not revealed the exact wealth she earns so far.

Her father on the other hand has a net worth of $15 million as of 2020, as per celebrity net worth. Needless to mention, his career as a miner and his earning in Gold Rush has been the major income source for him.

She Is Into Fitness

As expected of her, she is very much into fitness. Despite having a hectic work schedule, the reality star manages time for her health and fitness.

In fact, she has also posted a few photos of her from the Gym. In November of 2019, she made a post of her showing her biceps at the Gym. In the caption, she wrote, “Workin on my fitness.”

Monica Beets Is Very Close of Her Father

It’s hard to deal with a father like Tony. But Monica seems to have a really great relationship with her dad. Unusual it may sound, but she is always up with appreciations for her father.

She even credits all the skills she has learned to her father. In one of her posts on December 2015, she made a beautiful post of her father wishing him a birthday and thanked for all the skills he lent to her.

Just recently on the occasion of Father’s Day on June 21, she posted a few beautiful photos with her father, showing out a glimpse of the kind of relationship she had with him.

Happy Father’s Day to this absolute legend! You drive me absolutely nuts about 60% of the time, but I wouldn’t trade you for anything in the world. Love you papa 💜🖤

Adorable, Isn’t it? We wish for a long lasting father-daughter bonding.