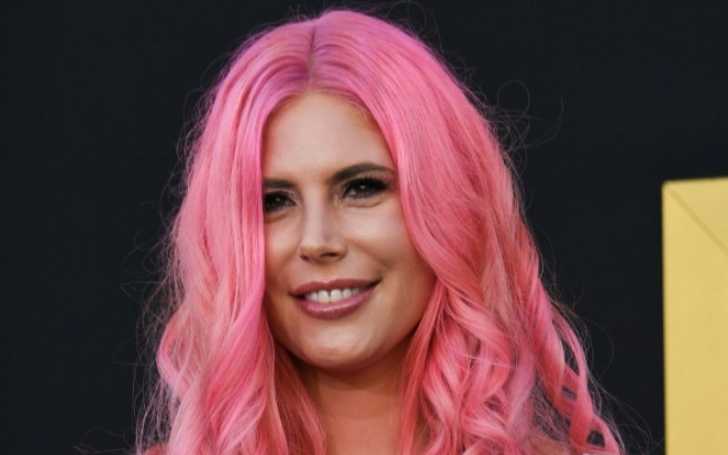 Cleo Rose Elliott is an American model, singer, and musician. She is famous as the daughter of Sam Elliott and Katherine Ross.

Talking of her parents, Cleo’s father, Sam is an American actor popular for his roles in The Hero, Road House, and A Star Is Born. Likewise, her mother, Katherine Ross is an American actress famous for her performance in The Singing Nun, The Graduate, and The Stepford Wives.

Despite being the only child of her star parents, the star kid has built her own identity. She received huge popularity after releasing her debut solo CD “No More Lies”. Besides that, she once became the talk of the town due to the ugly controversy with her mother. Tag along with us to learn about the issue with her mom and her relationship with her parents.

The star kid is the only biological kid of parents Sam Elliott and Katherine Ross. She is the granddaughter of Henry Nelson Elliott and Glynn Mamie Sparks. Likewise, her maternal grandparents are Dudley Ross and Katharine W. Hall.

Cleo Rose spent her entire childhood days in Malibu. Being born to parents in the showbiz industry, she always dreamt to enter the entertainment industry. Growing up, the 38-year-old was trained in the basics of singing and even learned to play several musical instruments.

Similarly, she even took training from the singer-songwriter Charity Chapman and the ‘Joanne Barron/D.W. Brown Acting Studio. Followed by that, Elliott became a member of the ‘American Society of Composers, Authors, and Publishers (ASCAP).

What Does Cleo Rose Elliott Do For A Living?

As mentioned above, the 38-year-old is a singer and musician by profession. After she took classical opera vocal training with Charity Champman, she was introduced to music producer Bobby Harby.

She immediately started recording her first song in the studio after Harby was impressed with her composition. Her debut solo single titled ‘No More Lies’ was released back in 2008.

Prior to her music career, Rose was also involved in modeling. She worked on a live-styling show, Sexyhair in 2003 and was eventually featured in various fashion magazines. In the year 2013, she along with her parents posed for The Malibu Times.

Career Highlights Of Her Star Parents

Cleo’s dad Sam Elliott is one big name in the Hollywood film industry. He has been contributing to the acting field since 1966. He made his debut playing an uncredited role of Missouri Townsman in the 1967 movie, The Way West.

Eventually, he appeared in some episodes of television shows like The Felony Squad, Land of the Giants, The F.B.I., and Lancer. From 1970 to 1971, he came to the spotlight as Dough Robert in the series Mission: Impossible.

Sam finally got his break portraying the role of Gar in the biographical drama film Mask (1985) starring Cher, Eric Stoltz, and Laura Dern. His other notable acting credits include Family Guy, Road House, The Big Lebowski, The Hero, and A Star Is Born. He would be providing his voice to the character Ward Hill Lamon in the upcoming documentary, The Gettysburg Address.

Rose Elliott’s mom Katherine Ross is an American actress who was actress active in the acting field between 1962 to 2019. She started her professional journey in a stage production of King Lear. During her struggle years in the industry, she appeared in some episodes of TV shows like Omnibus, The Great Adventure, Wagon Train, and Gunsmoke.

In 1965, Cleo’s mother finally made her big screen debut as Ann in the film Shenandoah. Later, she was appreciated for her performance in The Singing Nun, Mister Buddwing, The Longest Hundred Miles, and Games.

Her breakthrough role was as Elaine Robinson in the 1967 film The Graduate starring Dustin Hoffman, Murray Hamilton, and Elizabeth Wilson. In the comedy-drama, she portrayed the role of the daughter of Anne Bancroft’s character for which she earned an Oscar nomination for Best Supporting Actress. The romantic comedy-drama movie became a big hit collecting $104.9 million (North America) and $85 million (worldwide) under a budget of $3 million.

Cleo Rose’s parents Sam Elliott and Katharine Ross have been married since 1984. The couple exchanged wedding vows on May 1 in a private ceremony.

Back in 1969, Cleo’s parents met on the set of the film Butch Cassidy and the Sundance Kid. Her father was among the main cast while her mother had a very minor role. Being in the same industry, the duo again reunited when they both starred in the movie, The Legacy.

Knowing each other on set, Elliot and Ross started dating the same year in 1978. The couple currently resides in Pacific Coast, Malibu. They bought the seaside ranch featuring 3 bathrooms and 3 bathrooms spanning across 3,860 square feet for $4,198,700 in the 1970s. They also own an estate in the Willamette Valley in Oregon followed by the ownership of Sam’s childhood home in northeast Portland after his mother’s death in 2012.

Cleo Rose is not married at the moment. She was once in a relationship with a video maker Randy Christopher Bates. As per sources, the couple began dating in the year 2013. Back then, her boyfriend Bates made their affair public by posting a picture of them on Instagram. He used to upload numerous photos tagging the star kid as his “fiancee”.

After their engagement, the duo appeared in numerous events and award shows together. Elliott’s former fiance seems close with her entire family as he attended 2019’s Oscar Award walking on the red carpet with her parents.

Unfortunately, that was the last time we ever saw them together. Since then the couple is not seen together and there is no news of the couple calling off their engagement or planning for their wedding.

Why Did Cleo Rose Elliott Stab Her Mother Katherine Ross? What Was The Reason Behind The Violent Act?

People might not believe but the star kid once nearly killed her own mother. Cleo shares a peaceful relationship with her father, however, it’s quite the opposite with her mom.

The celebrity child was reportedly abusive during her childhood. When she was 12 or 13, her mother revealed that she became violent and almost killed her. Though she verbally and emotionally abuse Katherine as a child, she had never attacked her before.

In March 2011, Cleo out of rage started murmuring, “I want to kill you” and kicked the cupboard door. Ross was frightened so she tried to reach out to the police for help when her own daughter cut off the telephone wire with scissors.

Rose Elliott threatened to harm her in the eye with the scissors but later she lost control of herself and stabbed her mother six times in the right arm. After the dreadful incident, the actress filed for a protective order. While writing the restraining order she gave a statement saying:

“Cleo stabbed using enough force to pierce my skin through my shirt and leave me with marks that are still visible today.”

At the hearing of the case, the court ordered the star kid to keep a distance of at least 100 yards away from her mom’s residence, workplace, and car. However, the reason behind Elliott’s violent behavior against her mother is not public.

How Is Their Relationship as of now?

Cleo and Katherine’s relationship seems to get better as of now. They make frequent public appearances and attend various award shows and events.

The mother-daughter duo together went to the 2017 Sundance Film Festival’s red carpet for the film The Hero. At that time, Rose Elliott was asked about her parents and she replied saying that they are very talented and she is very proud of them.

The star kid again hinted her relationship with her mother is improving as attended the premiere of A Star is Born with her mummy in September 2018. Likewise, both were smiling and having a gala time at the 91st Annual Academy Awards.

What Is Cleo Rose Elliott’s Net Worth?

Cleo Rose Elliott makes a good sum through her singing and modeling careers. She reportedly owns a net worth of $200,000 in 2022.

On the other hand, the star kid also enjoys the $25 million wealth from her star parents. Her mother, Katherine Ross has an estimated fortune of $5 million. Likewise, her father Sam Elliott is worth $20 million, according to Celebrity Net Worth.